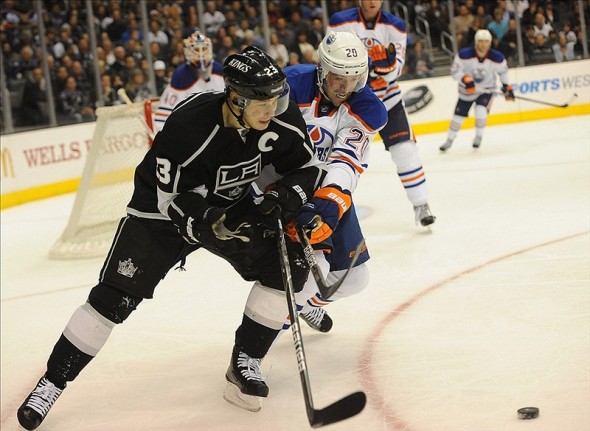 Without question, the Los Angeles Kings have been able to turn it on during the playoffs over the last three seasons — big time. There’s something about the roster, systems and other constructs that sets them apart in the postseason. I’ve written about this very issue in the recent past, as it’s held true for three years running: the Kings were built for the playoffs.

But what is it? There’s no simple answer, because winning a championship involves corralling an array of moving parts, not to mention having the bounces go the right way. However, there’s an X-factor Dean Lombardi and company embrace more than all but a handful of teams, one which may very well help put them over the top. According to a recent ESPN article entitled “The Great Analytics Rankings”, the Kings are one of the most prolific users of analytics in the NHL.

Simply put, analytics are a myriad of advanced statistics designed to better determine how well players and teams perform on the ice outside of the traditional measurements of goals, assists, and +/-.

Most reading this piece will have either seen Moneyball or read the Michael Lewis book. Despite having one of the smallest payrolls in baseball, the Oakland A’s managed to compete against much bigger spenders in large part because they were an early proponent of Sabermetrics. After making what appeared to be bizarre roster decisions based on a reliance upon advanced statistics, Billy Beane was considered crazy by many, including his own manager. However, the A’s subsequent success laid the foundation for future utilization of analytics.

Major league baseball was the first sports league to begin utilizing non-traditional statistics in day-to-day franchise operations, and even there, it’s still not uniformly employed. The NHL is even further behind the curve. Per a Hockey News interview with the Toronto Maple Leafs’ Kyle Dubas:

“Hockey is where baseball was more than two decades ago, where you had a few guys doing really good work and everyone trying to play catch up. In terms of which stats are most valuable – we’re still getting there. The team possession metrics have proven over the last number of years to pretty closely predict who the best teams are going to be in the long run.”

The NHL has recently added Corsi and Fenwick to its website.

The two primary possession measurements utilized in advanced statistics are Corsi and Fenwick. The definitions of each metric are as follows:

Fenwick follows the same concept as Corsi, but doesn’t include blocked shots. Fenwick is considered to have better predictive value for future goal differential than Corsi. The removal of blocked shots is also valuable since blocked shots are a proven skill worthy of being separated.

The Kings and analytics

Per the ESPN piece, Los Angeles is placed within the ‘believers’ category, ranked in the same camp as Boston, Buffalo, Columbus and Edmonton. Granted, none of the last three have managed much on-ice success in recent years. That being said, all three are in different stages of adaptation and as said earlier, it’s just one of many factors.

The Blackhawks were the only franchise categorized as ‘all-in’ with respect to analytics.

What did the article have to say about the Kings?

General manager Dean Lombardi isn’t afraid to utilize data to get an edge. That his Kings have been the NHL’s puck-possession powerhouse — the team has led the league during the past four seasons in Corsi for percentage at 55.7 percent — suggests as much.

“I’m all for it,” he said, with one caveat. “I’ve never made a decision on that alone.”

Lombardi is a mix of old school and new, but he’s exhaustive in his research to find ways to improve the team.

In addition to other pursuits, the Kings also have dabbled in injury analytics to figure out the mathematical likelihood of re-injury before investing in players long-term.

All in all, the defending Stanley Cup champions are right near the very top of the NHL in utilizing analytics.

Not every team has embraced the concept of making decisions based upon advanced statistics. The ESPN article considered Anaheim, the Rangers and Ottawa ‘skeptics’, with Colorado shuttled into the ‘unbelievers’ category.

Colorado’s ranking was made crystal clear: 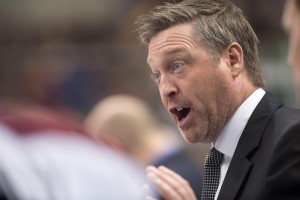 The Avalanche haven’t tried to hide their decision to essentially ignore analytics — even when their decision-making is in line with advanced stats.

When coach Patrick Roy started pulling his goalie early, at a rate that suggested he was following analytics that promoted that kind of aggressive strategy, he quickly shot it down. “I never look at statistics,” he said. “Just go with the feelings.”

Despite their talented forwards, the Avalanche aren’t a good possession team (their 44.2 Corsi for percentage is better than only the lowly Sabres’ rate this season), and have made no moves to address it. If anything, their transactions have made it worse.

“They could be being coy,” said a Western Conference executive about Colorado’s anti-analytics stance. “But it doesn’t seem like they’re being coy.”

The future of analytics

Despite the disparate usage of advanced statistics throughout the league, Sabermetrics is here to stay. The success the Kings have had in assembling dominant puck possession teams and winning two out of the last three championships will only accelerate its usage going forward.

It may not be the panacea for success and will never replace talent, coaching or even good fortune, but the Kings are drawing an analytics road map for every other team to follow. On second thought, scratch the Avs. They seem to be too busy going with the feeling.