First things first, if I were Mike Babcock, I would sign a contract extension, immediately.

With that being said, if I were Babcock, I would make a few small changes to maintain a better team day in and day out. Since trades and call-ups are the responsibility of GM Ken Holland, I have stuck to realistic lineup changes built entirely from the current roster.

Gustav Nyquist has been everything he ended last season as, a stud. With 43 points (21 G, 22 A) in 58 games, he is another player who was brought up right in the league’s best farm system.

Nyquist struggles to use his scoring touch in a consistency most would like from him and one he is certainly capable of. But when he goes a game or two without a point, which is allowed seeing as not even Pavel Datsyuk or scoring leaders Patrick Kane and Nicklas Backstrom can hit the score sheet every night, he sees a large dip in ice time.

Saturday night, in just 14:32 of ice time, Nyquist earned a goal and an assist against the Dallas Stars after just two assists in his previous six games. In his last 10 games, Nyquist has only played more than 18:00 once (three have gone to OT), which proves to be an outlier to his 14 and 15-minute nights.

While Nyquist stands as the worst plus/minus (-9) on the Wings’ active roster, more minutes may scare some people, but more minutes should mean more scoring chances and overall more scoring. Scoring is the easiest way to bring that number closer to zero and in turn, above it.

I am not a big Tomas Jurco fan, mainly because so far he seems to be more of a “YouTube guy” than an NHL scorer. But with that being said, he deserves more of a chance to prove himself, rather than being stuck with the fourth line.

Last night, when the Wings were staging a comeback—after blowing a 2-0 lead in the third period— Jurco had a prime opportunity to receive a pass and have a legitimate scoring chance. That pass? Well Glendening fired a rocket three feet out of Jurco’s reach, resulting in Anaheim retrieving the puck and heading down the ice.

With 14 points (2 G, 12 A) it may be hard to convince some to give the 22 year old a larger role. But a larger role doesn’t necessarily mean more ice time (11:51 ATOI) and removing him from the fourth line does two major things.

One, it automatically gives him better line mates with more offensive know-how. Jurco would see time with Stephen Weiss, a former two-time, 60-point forward who is only 31. Weiss seems to be past all of his groin/hernia injuries that plagued him last season, his first in Detroit, and has played 35 games tallying 18 points (7 G, 18A) this season. Alongside Weiss, I would fill the last third line spot with Teemu Pulkkinen. 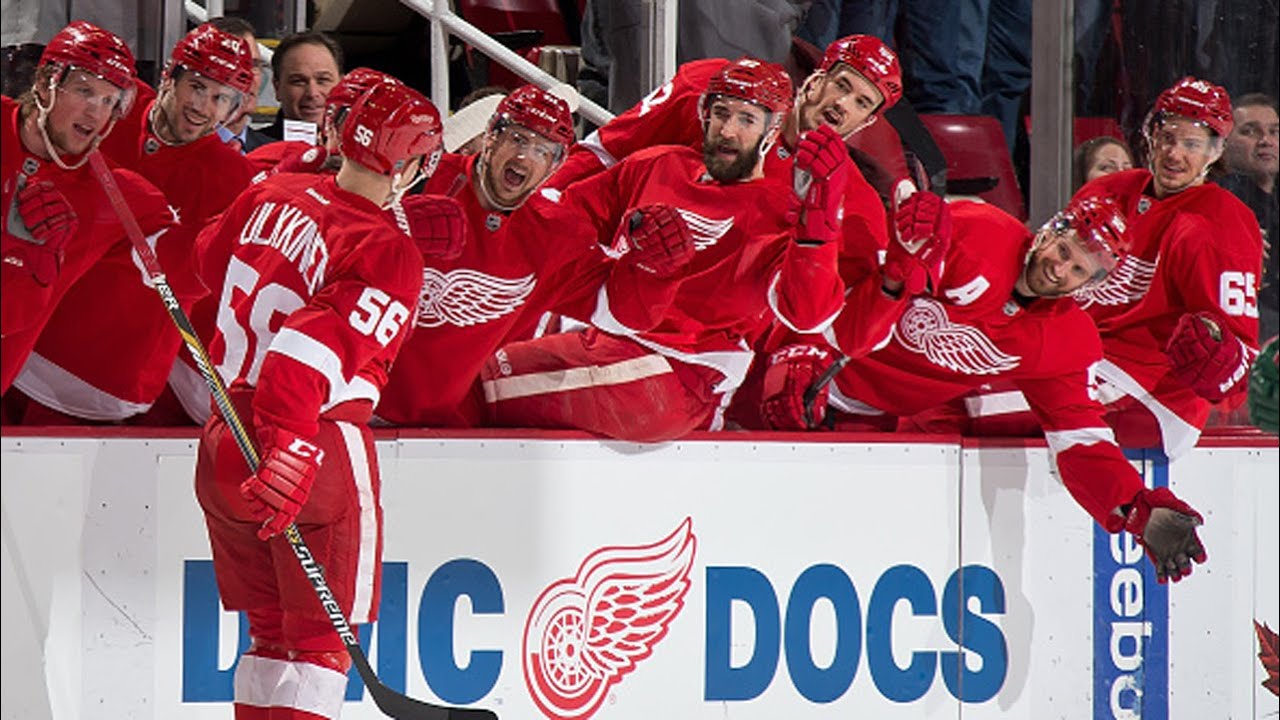 Using Jurco as a playmaker, would allow him to dish the puck to the right-handed Pulkkinen who, according to Holland, “shoots like Brett Hull,” i.e. a booming one-timer. Jurco adds more speed and more physicality to the third line and relinquishes his fourth line spot to a more suitable grinder.

Two, that suitable grinder can be filled with Joakim Andersson when he’s healthy or Dan Cleary when all else fails. Actually, a sick Andersson may be smarter than any one named Cleary.

Catastrophe Cleary or under-achieving Andersson would fill the final spot next to Glendening and Miller, two of my favorite fourth liners in the game. These changes allow Detroit to balance their bottom six forwards with more suitable line mates and roles for each.

Don’t Counter With the Fourth Line

This didn’t suddenly occur to me last night, but upon skimming the Twitter-sphere to see others reactions to throwing the fourth line out after Anaheim chipped in another; I came across THW’s Prashanth Iyer’s perfect response.

As I mentioned earlier, the fourth line deserves more fourth-line-applicable minutes to make way for the real scoring and offensive talent. Any other team in the league and Nyquist and Tomas Tatar are 19-20 minute forwards. And although I take pride in not being any other team in the league (ahem, 23-straight playoffs), we should use them that way.

28 thoughts on “If I Were Mike Babcock: Red Wings Lineup Changes”