It has been a troubling couple of years in New Jersey for 21-year-old Adam Larsson. However, it finally looks as if Larsson has finally found a spot on a lineup he’s been trying to crack for years.

Injuries can have a big impact on an organization in mostly negative ways, but there are times in which one player’s injury can lead to another’s success. A prime example of this is back in the 2011-2012 season, Travis Zajac went down with an Achilles injury; and Adam Henrique took his place on the top-line. He played with Zach Parise and Ilya Kovalchuk at that time. With young defensemen Jon Merrill out for at least the Devils current road trip, Larsson shouldn’t have to worry about his spot being taken in the near future.

Even before Merrill’s was injured, Larsson has entered the lineup in each of the past three games while scoring the game-winner back on Saturday against the Columbus Blue Jackets.

Larsson has looked more comfortable in each game, and it shows in the stat column as his time-on-ice has steadily increased from 15:11 in the game against Winnipeg to 17:09 against St. Louis Tuesday night. Larsson may still be a little away from crossing the 20 minute threshold, but for a player just looking to be in the lineup, this is an encouraging start.

While Larsson is going to get an opportunity to prove his worth to the Devils in this next stretch of games, it can be said that injuries have also taken a toll on his early NHL career. Larsson has sustained a couple of lower-body injuries such as bone-bruise courtesy of P.K. Subban, a knee injury, and pulled groins, which have come at some of the worst times. It always seems like just when Larsson begins to play well, he’s hit with an injury. 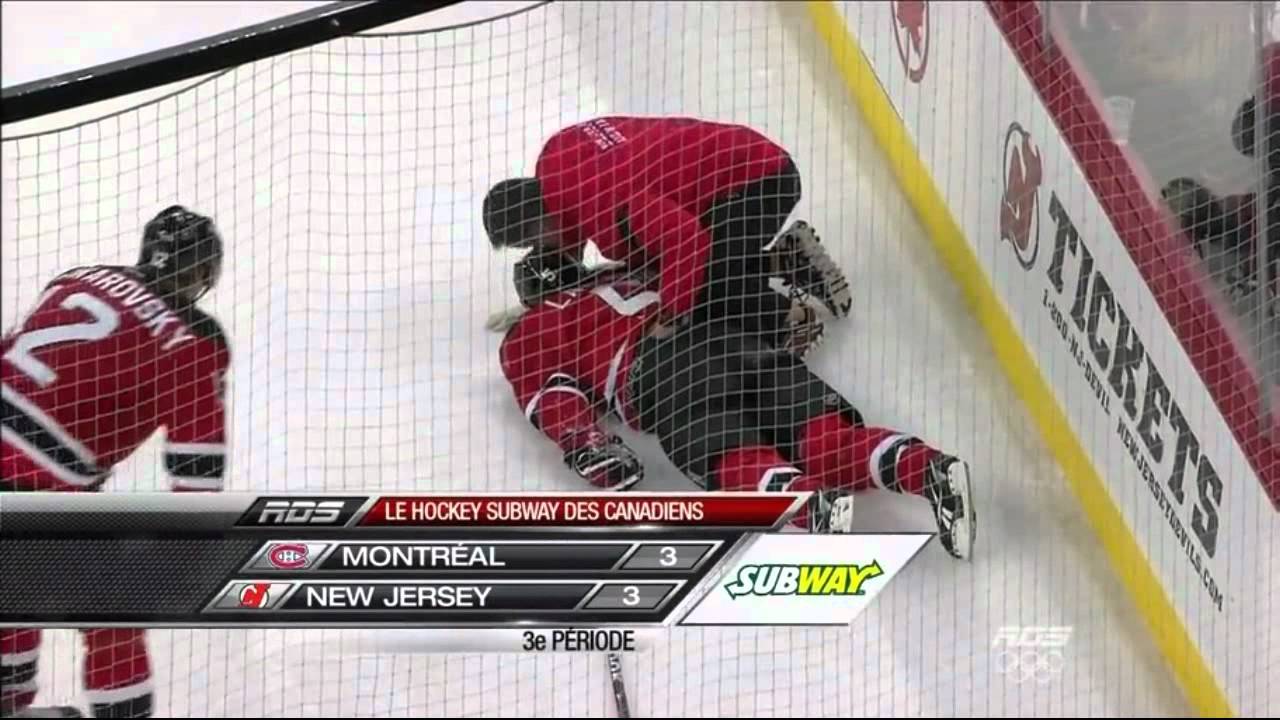 Even early last season; Larsson was playing great, while well paired with Eric Gelinas before he was hit with an knee injury in a game against San Jose. Shortly thereafter, Jon Merrill came in and took Larsson’s spot in the lineup, leaving the 21-year-old to toil in the minors for the remainder of the season.

I wouldn’t say that this is a role-reversal of sorts as its only coincidence that Merrill is the one hurt this time around. However, if Larsson can continue this level of play, then it forces Pete Deboer to keep him in the lineup.

For Larsson, maybe the best attribute of his game is to just not be noticed, go out there, do your business and get off, at least that’s what Devils forward Adam Henrique thinks, “Some nights you might not notice him out there. Sometimes that’s a good thing. He just keeps it simple with every game and scoring a big goal like that, your confidence grows.”

When it comes down to it, confidence is the key for Larsson’s game. Confidence is something that helps tremendously in any sport but in hockey especially. Systems in hockey are at a premium now, so if a player like Larsson had the confidence that he can not only go out there any play the system to a tee, but also contribute with a goal, then the sky’s the limit for him.

One has to wonder though if this is Larsson’s last true shot with the Devils. It’s fair to say that the hype of him being a top-5 pick (4th in 2011), is long over, even though in our minds we believe the talent and potential is still there. For all we know, Larsson may have peaked. It’s a theory that makes drafting a player at any position a tough pill to swallow if he doesn’t pan-out exactly like they should have. Unfortunately, in every draft there are going to be the expected ‘busts’. Not every player can turn into that 1st line forward, or top-2 defensemen that they were hyped up to be. So does that make me believe Larsson’s a ‘bust’?

Not in the slightest.

When Larsson plays, it’s hard not to see the talent ooze off his stick. When Larsson gets the puck at the point, his one-ice vision is so advanced that he has the ability to skate down and either rip a shot like he did the other night, or make a seeing-eye pass right onto another players stick for an easy goal. We have also seen plays where Larsson makes a strong pass from inside his zone to spring a two-on-one or a breakaway.

There are times where Larsson has definitely gotten beat in the neutral zone, or gave the puck away in his own end. However, those are growing pains that almost every player goes through early in their career.

His hockey-IQ isn’t something that can be taught by doing after-practice drills to stay in game-shape. It’s something that has to be nurtured by consistently playing and being in the lineup. There isn’t anything more Larsson can learn from sitting in the player’s suite on a nightly basis.

Adam Larsson isn’t a ‘bust’, and it’s time for him to prove it.