After playing 11 seasons in Ottawa for the Senators, Jason Spezza decided that he needed a change last summer. Jim Nill and the Dallas Stars quickly obliged, trading for him last July. Soon after, Spezza signed a four-year contract to join the Stars for some exciting seasons up ahead. What Spezza didn’t expect was the adjustment it was going to take. He went from a big-time hockey market in Canada to a football-crazed city in the southern United States. He went from being the captain and the face of the franchise to not wearing a letter and being a “complimentary” piece of the team. Spezza himself admits it has been more of an adjustment than he thought it would be, especially as he works towards being a better all-around player instead of just an offensive powerhouse. Although the discomfort showed early, Spezza got better and better as the season went on and that is likely to continue as the Stars move forward.

Of players who played at least 500 minutes at even strength this season, Jason Spezza ranks third on the Stars with a 54.52 corsi-for %. It was a long road to get there, as he struggled early in the season, especially compared to the rest of the team at times. He was a positive corsi and corsi relative player throughout the season, but the improvements made from the start of the season to the end are quite apparent. I broke up possession statistics for the team into four 20 game segments with the final segment including 22 games. Over the first twenty games, Spezza posted a 51.30 corsi-for % at even strength and a +2.20 corsi-for-% relative to the rest of the team. The following twenty games, he posted a 54.09 CF% with a +2.98 CF% relative to the team. He continued to get better in the second-half of the season.  Spezza put up a 53 CF% with a +3.95 CF% rel in the third quarter segment of the season. To finish the year, Spezza posted an astounding 59.18 CF% with a +3.87 CF% rel. As the year went on, Spezza’s possession really improved as he worked towards becoming a more well-rounded player at even strength. 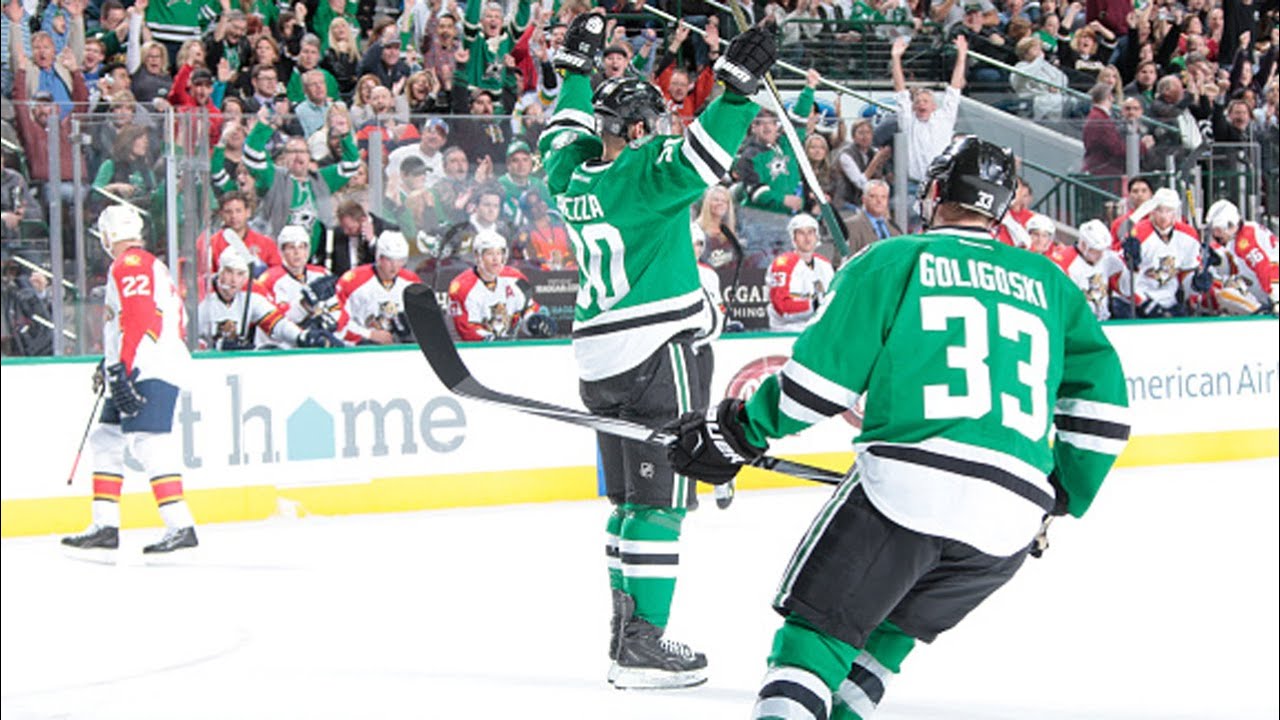 What really improved in Jason Spezza’s game was his defensive play. The corsi numbers tell part of it, but there are some other aspects as well. In the first half of the season, Spezza’s had 14 more giveaways compared to takeaways.  In the second half, he had just 10 more giveaways compared to takeaways. While it is small, the difference is there to show Spezza’s improvement on the defensive side of the game. He also had more defensive zone starts in the second half, showing that Lindy Ruff started to trust him more in his own end. He did all of this while putting up a fair amount of points as he learned to play a different style.

Although it would be considered a down year for him, Spezza managed to put up a solid 62 point season. He actually registered more points in the second half of the season, despite getting a lot of playing time (and points) on a line with Tyler Seguin and Jamie Benn in the early portion of the season. I fully expect Spezza to be at or near a point-per-game pace next season as he continues to become more comfortable in Dallas.

What the Future Holds

Let us not forget, Jason Spezza is coming back next season. He is signed in Dallas for four more seasons as both he and Tyler Seguin’s current contracts will expire at the same time. If planned, that is an excellent maneuver by Stars General Manager Jim Nill. It solidifies the top two center ice positions for almost half a decade and allows the Stars to stay patient with promising prospects such as Radek Faksa, Brett Pollock and Jason Dickinson.

Jason Spezza was the top scorer at the World Championship with 14 points (6 goals, 8 assists). Tyler Seguin was tops in goals with 9.