The two-game suspension saw Letang miss his first contest last night in Minnesota, and he’ll also sit for Thursday’s date with Montreal. The suspension was not appealed, and Letang will forfeit nearly $38,000 in salary.

“It’s always questionable,” Letang said. “The league is trying to avoid those hits. I think I just need to be a little bit more careful on the boards and learn from that.”

They said at the moment I can see his number, I should’ve hit the brakes, or slow down, or try to let up, I guess…We’re missing a lot of guys. Obviously, we’re going through a big stretch, a tough stretch for all the guys.

It’s a bad spot in the year to take a suspension.

Last year, player safety became a white-hot issue following a number of concussions to high-profile players, several bench-clearing brawls and the loss of “the code,” which some argued prevented “good old days” players from taking runs at and disrespecting other players.

Brendan Shanahan’s promotion to Senior VP of Player Safety brought hope that Colin Campbell’s ineffective reign as player safety czar would finally be improved upon, and perhaps no team was a bigger proponent of stiffer penalties than the Penguins.

GM Ray Shero was among a minority of officials at last year’s GM Meetings to publicly and staunchly support stiffer penalties for head shots, blindside hits and other dangerous, avoidable plays. After losing Sidney Crosby and at least three other forwards for extended stretches due to concussions, as well as winding up on the surprised end of the melee on Long Island, the Penguins had reason to be among the most vocal proponents of culture change.

Last season, their loyalty to those penalties was tested when Matt Cooke received a 17-game suspension for an elbow to the head of NYR’s Ryan McDonagh. The suspension kept Cooke out of the Tampa Bay series and may have had an impact on the team’s 1-33 power play unit in those seven games.

The team publicly supported the decision, and Cooke was also contrite.

With the Letang ruling, the Penguins are again getting what they helped to ask for—stiffer regulation of reckless, injurious plays.

Letang’s hit was borderline suspendable, unlike more obvious examples by James Wisniewski, Jody Shelley and others. While the hit on Burmistrov was indeed a boarding offense, some questioned whether the hit warranted a suspension. Many pointed to this hit by Marc Methot on Henrik Sedin (which received no supplemental discipline) as evidence that the Letang decision was unwarranted. 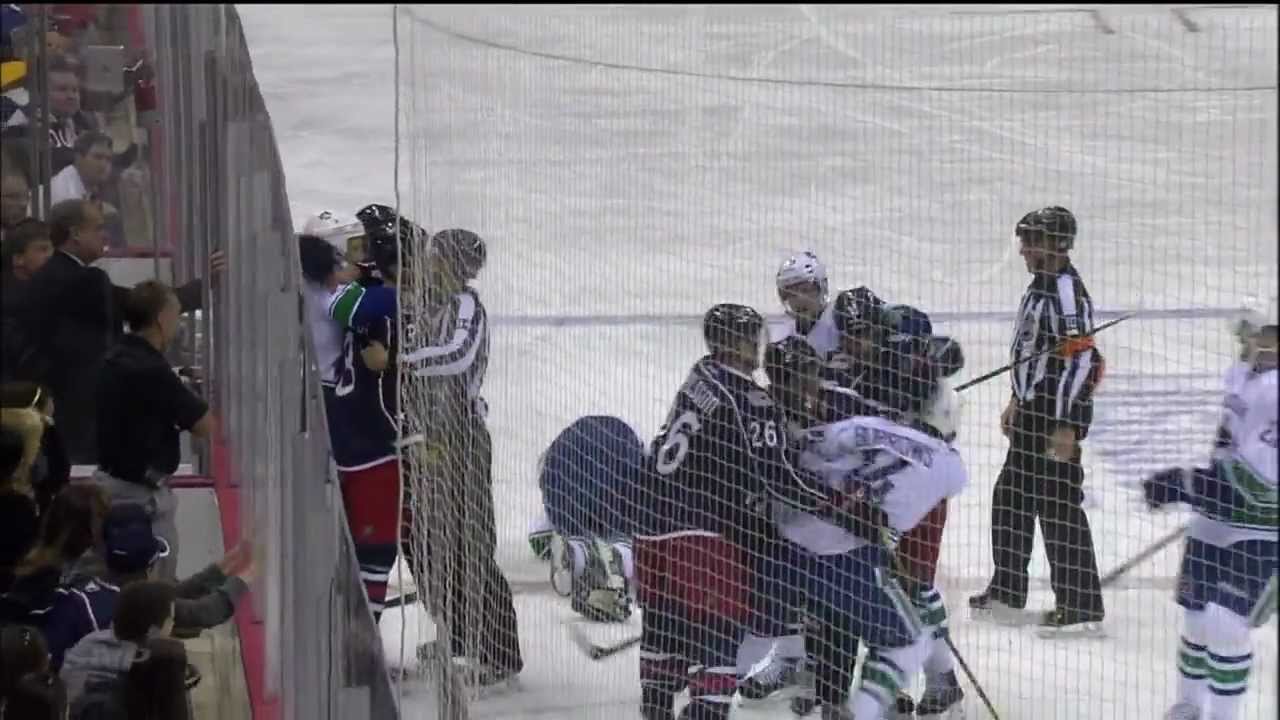 Certainly, the hits were similar, and the outcome was not. However, this is the nature of the beast when it comes to applying new legislation to old parts of the game—similar instances may not always receive similar treatment.

It’s not an ideal situation, but it’s also unrealistic to expect Shanahan and his team to be mechanically consistent when it comes to these rulings.

Give credit to the league for offering the explanation video which, unless you’re a Penguins fan with the blinders on, appears to adequately explain the rationale behind the Letang ruling.

Further kudos need to go to the NHL on this ruling not just for getting the call correct, but for avoiding the missteps of the old regime. Burmistrov emerged uninjured from the hit. In the past, injuries resultant of borderline plays often worked into the final decision on rulings. Failing to condemn the act as a result of the outcome was a major shortcoming of the Campbell team. This, too, is a sign that the league is beginning to take these plays seriously.

The videos and the increased penalties are indications that Shanahan and Co. are taking steps in the right direction, even if they stub their toes once in a while.

For the Penguins, its a grin and bear it situation. They were on the forefront of improved enforcement and will have to accept those new standards when they apply to one of their own. As with the Cooke ruling, the club has offered no protest to the penalties levied against Letang.

If the goal really is to improve player safety, its the kind of attitude all teams and officials would do well to adopt.

2 thoughts on “Kris Letang’s Suspension: Penguins Getting What they Asked For”