Stop me if you’ve heard this one before: father time is undefeated. No matter how hard you train, how disciplined you remain, or how much you preserve your physical and mental health, all athletes eventually deteriorate over time. The game of hockey exemplifies this long-standing mantra with grueling seasons and amounts of physical punishment that are unparalleled across the athletic landscape. Try playing 82 games a year into your late 30s against some of the strongest, meanest men in sports. The human body can only take so much (unless you’re Jaromir Jagr).

Such was the case for Vinny Lecavalier, who’s eighteen-year career included the highs of being drafted first overall, playing in four all-star games, winning the 2006-07 Rocket Richard trophy (for scoring the most goals in the NHL), and hockey’s crowning jewel, a Stanley Cup in 2004. It’s been quite a run, and one that most players who sign up for the annual NHL entry draft would gladly take without much consideration.

Unfortunately, that persistent father time remains a buzz kill. Like all hockey players before him, Lecavalier got old. He got a step slower, his skills gradually deteriorated, and his body progressively felt the pain that the fearless Canadian forward put himself through. Injuries plagued the end of his run with the Tampa Bay Lightning, the Philadelphia Flyers threw ridiculously unwise amounts of money at him, and Lecavalier floundered towards what appeared to be an unceremonious finish line.

Until Dean Lombardi and the Los Angeles Kings came calling, L.A. was searching so hard for a defenseman to shore up their inefficient blue line that they were willing to literally take on any albatross contract to get a deal done. The Flyers couldn’t wait to get rid of Lecavalier’s massive cap hit, so they worked out a trade to shed them of most of this money. The Kings received defenseman Luke Schenn, but had to a pay the premium of Lecavalier in order improve their defensive core. Once among the game’s most elite, he was now a throw-in trade piece. And there were no expectations for the old guy.

I don’t know if it was when he was notified of the deal, when his feet touched down on California soil, or the moment he touched the puck in a Kings sweater for the first time, but Lecavalier has become reinvigorated with his new team. The potentially playoff-bound Flyers made him a healthy scratch on opening night, but the Stanley Cup contending Kings have made him a fixture in their lineup. Coach Darryl Sutter plays him in a variety of situations, and Lecavalier has earned a nomination for the prestigious Masterton trophy that recognizes sportsmanship and perseverance. His results have been unsurprisingly mixed, with several people clamoring for his every move like he’s Leonardo DiCaprio in a sea of models, while others condemn him for being slow, inefficient, and a waste of a perfectly good roster spot. The truth lies somewhere in the middle.

And then there’s the kicker: Lecavalier’s done after this season. Not debating hanging the skates up or taking a moment this summer to contemplate his future, his career will end at the conclusion of the 2016 Stanley Cup Playoffs. In fact, the Kings were so close to the cap at the time they traded with the Flyers that his retirement was an unofficial stipulation in order to finalize the deal. So with only a few months left in his hockey journey, this postseason offers one final chance for Lecavalier to make a championship impact. Let’s take a look at where, and specifically how he can do so before we come to the end of the road (cue the Boyz II Men music).

Since joining the Kings, Lecavalier has scored 10 goals. Now to compare, he had eight goals all of last year for the Flyers, and exactly zero this season before being traded. I’d say that’s considerable improvement. Lecavalier may not move like he used to (more on that coming up), but he’s still able to contribute by using the rest of his offensive weaponry. At the top of that list? His brain. Hockey players are regularly underrated in terms of intelligence, and the outside world can look at any given goal and consider it “blind luck.” In reality, just knowing where to be, what position to take, and how to read the play before it happens can go a long way in creating your own luck. Take this Lecavalier goal for example: 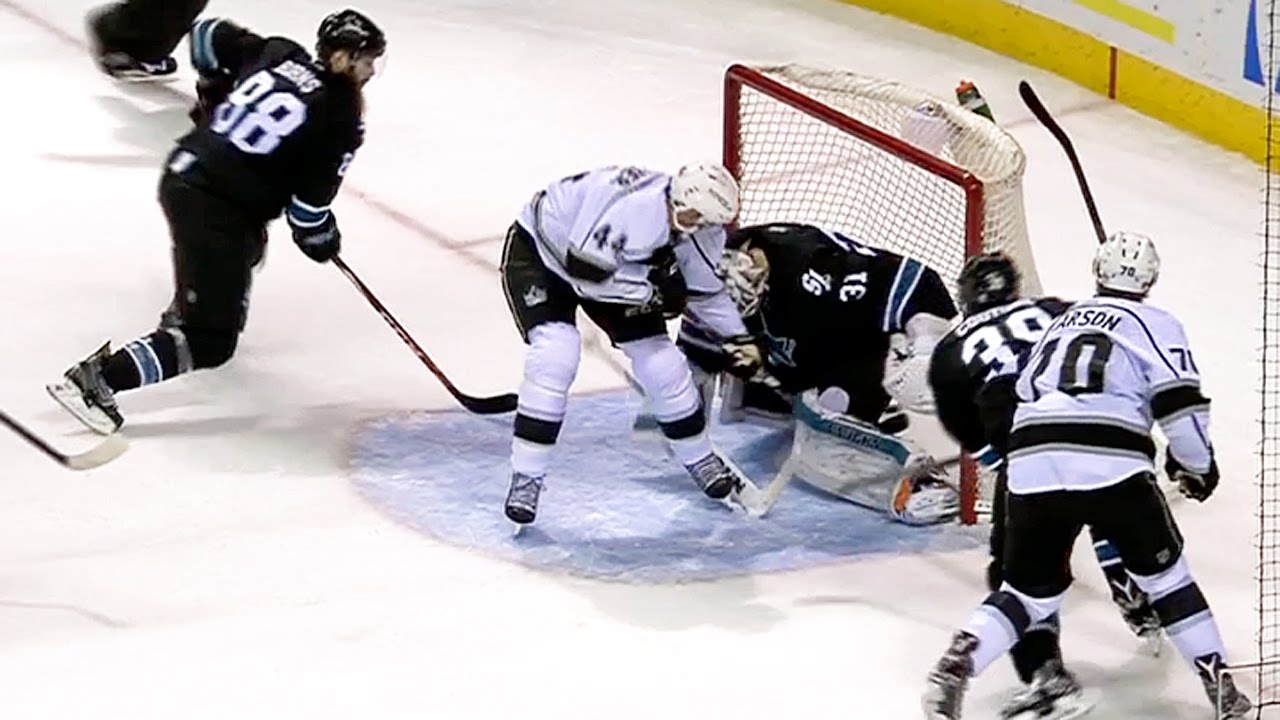 Many people will only see the final result as a mad scramble that happened to break right for the Kings. But watch Lecavalier from the beginning of this clip. He instinctively goes to the front of the net, and keeps fighting (and spinning) to get inside position. As the puck is rifled at the front of the net, Lecavalier tracks it the entire way, and doesn’t quit until it ends up in the back of the net. That’s the kind of effort, and hockey smarts, that can overcompensate for decaying talent.

Though not everything has gone down the drain for Lecavalier: 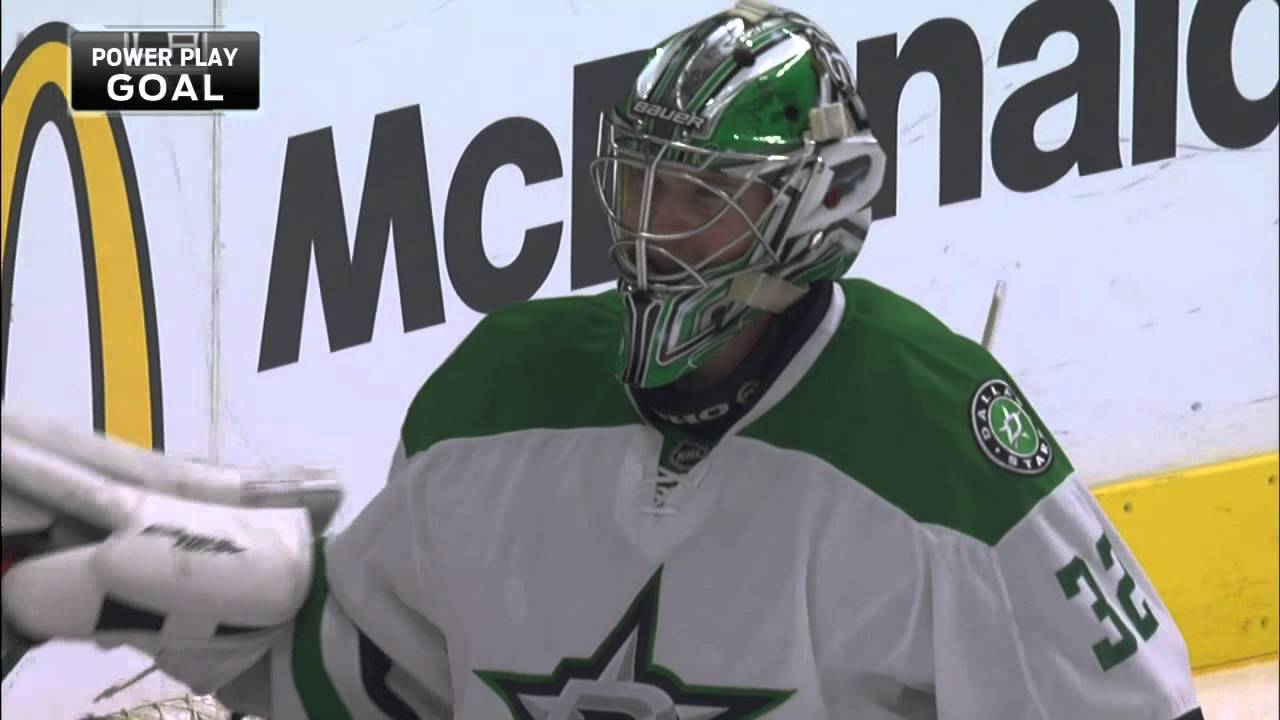 This howitzer came against a fellow Western Conference power, and showcased the marksman-like accuracy that Lecavalier has always had at his disposal. When he gets time, squares his shoulders, and calibrates correctly, he can still snipe on the best of goalies. However, the most significant part of that sentence is “when he gets time.”

It is 100% fair to criticize Lecavalier’s lack of footspeed. At times, he looks very sluggish and borderline lost as the pace of play continues to climb. I won’t question the work ethic of a proven winner on the downside of 30, but it is fair to wonder if he’s failing to realize just exactly how much his legs have left him. This video does nothing to erase those doubts:

Everybody knows how dangerous Connor McDavid is, and I find it hard to believe that Lecavalier just forgot where he was on the ice, carrying the puck in front of his own net with the future of the NHL buzzing nearby. I think it’s a play Lecavalier’s made thousands of times in his hockey career, skating it out of harm’s way. McDavid made a crafty play in his own right, but Lecavalier didn’t stop moving. He just wasn’t moving fast enough. And worse, he didn’t even realize it. Hockey legs sadly have an expiration date, and #44 for the Kings is working his tail off to stall his own skating mortality.

This problem is the perfect situation for Sutter to handle. Lecavalier doesn’t look slow all the time, and it is up to his coach to identify if his player has his legs that given day, and where he can be used effectively. All hockey games are unique, and a more methodical approach favors the more methodical player. If the pace is ramping up, Sutter can use Lecavalier more sparingly, in situations that put him in the best situations to succeed. Situations such as….

In his most recent outing, Lecavalier netted two goals against the San Jose Sharks. One of those goals (and the goal shown above against Dallas) came on the power play, where he has proven to be a blessing for a unit that struggles with consistency issues.

There’s no better setting for Lecavalier than with a man advantage.

He still sees the ice at a P.H.D. level, and can play the game at his speed, under his guiding. L.A. favors puck possession as much as any NHL team, so having a strong and like-minded support system also enhances Lecavalier’s potential for making plays. The puck will always move faster than the player, and who better to have at the helm with an extra attacker than somebody who knows the game inside and out?

While the power play hits Lecavalier’s remaining strengths to a tee, the penalty kill has become a hotbed of opposing views. Sutter has decided to trust his veteran by playing him while the Kings are shorthanded, something Lecavalier has never really been known for. This plays to his intelligence, which has guided him to modest returns when called upon in this situation. The biggest difference though is the obvious elephant in the room. When you are killing a penalty, you have one less player on the ice. How do you compensate for the lack of human flesh? Speed. And Lecavalier doesn’t really have it at the eighteenth hole of his round of pro hockey.

Different coaches have different philosophies and perspectives when it comes to killing penalties. I will always favor young, relentless speed demons who are impressionable and willing to skate their bags off in order to keep the puck out of their net. But there is a place for a crafty veteran who is equally hard-working, and can counteract his lack of swift skating with sound positioning and instincts. You might be able to do better than Lecavalier as your shorthanded forward, but you can certainly do much worse.

The Heart of a Champion

Call it intangibles. Call it seizing the moment. But whatever that is, however you describe rising up on the biggest stage, Lecavalier has it. He has ice in his veins, and will do whatever his team asks of him in order to contribute. Remember this iconic moment in 2004?

That’s a young, offensively imposing Lecavalier who has never been known as a bruiser on the ice. On the grand Stanley Cup stage with the whole hockey world watching, he refused to back down, and fought the freakishly strong Jarome Iginila. It wasn’t about winning the scrap for Lecavalier, it was about proving to his locker room that he won’t back down. That he’ll fight when he has to, and continue to fight, for them.

Since the moment Lecavalier came over from Broad Street, he left his ego at the door. There’s no pouting when his ice time gets chopped late in games, no crying over line combinations, and no whining about the mistakes of his teammates. He just plays. For a player who may one day end up with a shrine in the Hall of Fame, and who has gone through some rough patches at the tail end of his career, Lecavalier never stopped fighting. That’s why Sutter gushes over him, that’s why his teammates love playing with him, and that’s why he has earned a spot in the lineup during the postseason. Whether he fills up the stat sheet or not, Lecavalier continues to battle.

Three months from now, history will have finished writing the tale of Vinny Lecavalier. It’s been an incredible journey, and one that has captivated the game of hockey for many years. The time is fast approaching, as it does for every NHL legend, to hang up the skates for good. But that final buzzer has not sounded just yet, and Lecavalier has more work to do for the Los Angeles Kings.