The world of social media has its good time and, of course, its times of regret, resentment and questionable posts. We’ve all seen them and we’ve surely all thought about them at one time or another. Still, it has opened the door to so much more scrutiny in a world that already judges you on an every day basis.

When it comes to athletes, or those in the public eye, that scrutiny is even more magnified. A split-second decision can be captured by millions of followers before you have that moment of clarity and delete that given post.

Take the Golden State Warriors’ Kevin Durant for example. He was recently criticized for comments he made on Twitter regarding his former teammates and coaches in Oklahoma City. But rather than run from it, Durant faced the music and apologized for the comments he referred to as “idiotic” according to ESPN’s Royce Young.

Now, the hockey world is dealing with its own social media gaffe with recent allegations made by Joffrey Lupul against his club – the Toronto Maple Leafs.

In an Instagram post, which has since been deleted, the Leafs’ forward voiced his opinion on his failed physical to start training camp.

“Haha failed physical. They cheat, everyone lets them,” he wrote on his account (@jlupul).

According to Toronto Star’s Kevin McGran, the photo received more than 1,000 likes in the first few hours. That included one from teammate Nazem Kadri.

Lupul has since released a statement regarding the comment – stating his frustration and apologizing to family, fans, Leafs’ management and his teammates for causing any kind of distraction.

The 33-year-old hasn’t played since February 6, 2016, in a loss against the Ottawa Senators. Since then, Lupul’s been on the team’s long-term injured reserve and hasn’t seen game action.

With that in mind, here’s what THW’s round table had to say on the situation.

What are your thoughts on Lupul’s comments left on Instagram?

Forbes: It’s easy to understand the frustration behind the comment. After all, it’s his job and he just wants to play. He wants to be part of what this team is going to accomplish. But Lupul’s history of injuries play against him.

When he’s in the lineup, he’s productive. But if he can’t stay healthy, it makes it hard for a team to commit to a player. Regardless, the frustration is evident and understandable. Without all the information, it’s hard to say exactly who’s right.

But at a certain point, you need to remain professional. Sure, Lupul deleted the comment. But it was already captured by a number of outlets and followers. One can only assume that it doesn’t go over well with the team’s management. That being said, he did apologize which could take some of the heat off the initial act.

We always talk about how the NHL is a business, and as such players and management need to act accordingly. Social media makes that nearly impossible at times and Lupul is a prime example.

It has to be tough for the player who can’t play, but it also has to be tough for the team who still owes the forward $3.75 million this season. And while it is his final season under contract with the Leafs, chances are that’s adding to Lupul’s frustration as he would obviously like to prove himself in the hopes of earning at least one more NHL contract.

Fusco: It’s a really interesting scenario with Lupul and the Maple Leafs. He hasn’t played a game since February 2016 and has been on the team’s LTIR since then. 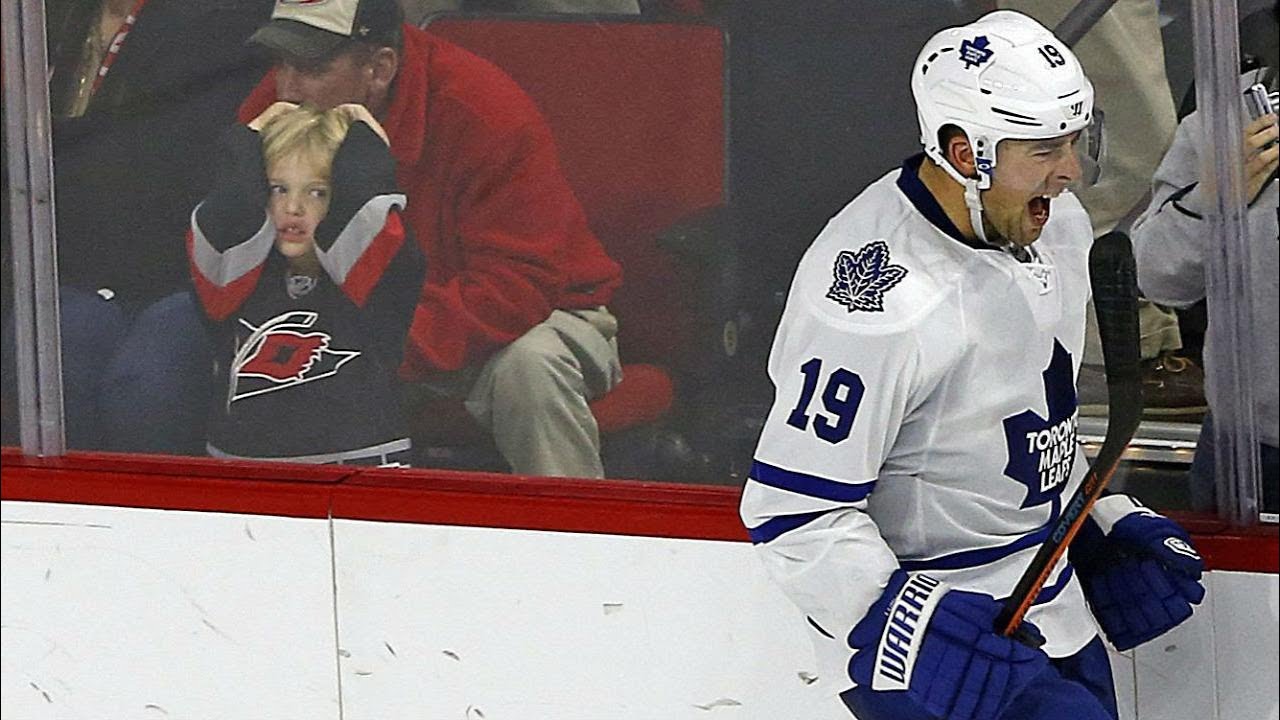 On the other side, there’s Lupul. Maybe he sees that the Leafs are becoming a good team and wants back in. It could just be a sour grapes scenario. It could be that the Leafs didn’t want his influence around their newly built team and paid him his money to stay on the LTIR and not stir the pot.

We don’t have all the information, but you really wonder what has been said behind closed doors. Plus, his contract is up after this season. It will be interesting to see if he gets back into the NHL with another franchise next year.

Slawson: To be perfectly honest, I haven’t put too much though or value into Lupul’s comments. As TSN’s Pierre LeBrun echoed early on September 18, Lupul has the option to see a second medical opinion via the NHLPA should he choose to do so. He chose to decline that option.

So, what purpose did Lupul’s comment truly serve? If he’s aware of his physical well-being, and was so sure he could return to the Leafs and the NHL this season, would getting a second, contradictory opinion to that of Toronto’s not be his first course of action rather than firing out an ominous comment through social media?

While we’re sure there’s more to the story – information that we are no privy to – the social media impact on this situation further demonstrates just how easy it is to make a split-second decision that can lead to scrutiny.

While Lupul did delete the tweet, it will surely have an impact on his relationship with the team and hurts his chances of playing at any point in the final year of his contract. While the Leafs get set to start their season in a couple weeks, we’ll have all kinds of Leafs talk throughout the season. For more, join Slawson, Fusco and myself (along with others) at the round table and be sure to add any questions you want us to discuss in the comments below.