The World Juniors have come to an appropriate end. 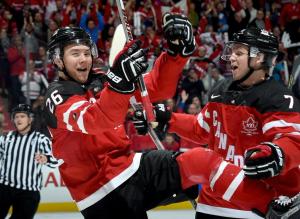 Canada ended its five-year gold drought last night with a 5-4 win over the Russians in the WJC final. And to make it even sweeter for the Canadians, the gold-less streak ended on home soil. Hockey Canada put together the best possible team they could for the tournament, and the result was only perfect.

But now they have to step back from the success in front of them and assess the damage that’s been done.

When Rene Fasel, IIHF President, and his team of analysts sit down and look at the attendance numbers for the 30 games that took place in Toronto and Montreal, they certainly won’t be pleased.

In Toronto, they seemed to exceed expectations. With no Team Canada present until the medal round, it wasn’t going to be easy to sell tickets for the 10 round-robin games between the likes of Switzerland, Denmark and the Czech Republic.

But surprisingly enough, a respectable amount of people showed up for the not-so-marquee matchups.

And when it came time for Toronto to host the medal round, the crowds were definitely up to standards.

Montreal was the perfect venue for Canada’s round-robin play. What more could you ask for? It’s the second most-populated city in Canada and home to the greatest NHL hockey franchise ever, the Montreal Canadiens. Their arena, the Bell Centre, is also the largest in all of hockey.

But somehow, they failed to bring fans to the rink.

After the poor attendance for Canada’s opening game against Slovakia in Montreal on Boxing Day was announced, the pricey tickets were immediately to blame. Even Fasel got in on the act.

“I was really surprised. If you would have done this pricing in Europe, you would have nobody in the arena.” – Rene Fasel. Toronto Sun. Published: Jan. 4, 2015.

For Canada’s games against Slovakia, Germany and Finland, tickets ranged between $66 and $261. It was only for the New Year’s Eve Classic against the States that prices jumped to between $71 and $336.

Now that may seem a bit unfair, but Montreal forks out that kind of cash for their NHL team quite frequently.

Yes, the World Juniors is Junior hockey. But it’s the best Junior hockey, it comes around once a year, and how many times in the 30 years the tournament has existed do you think Montreal has had the chance to host it? The answer is none.

Ticket prices for Canada’s games in Toronto haven’t really been discussed that much. Maybe that’s because people actually showed up.

Canada prides itself on supporting their country in international play. Whether it’s the Olympics, World Championship or World Juniors, Canadians will watch and cheer.

In 2012, Calgary and Edmonton boasted the highest attended WJC of all time. An average of almost 15,000 came to watch each and every game. The second highest attendance for a WJC belongs to the city of Ottawa. An outstanding 453,282 came to watch the best Junior hockey players in the world, and Canada played in front of a sellout crowd every single game.

On TSN’s broadcast of the WJC final, Fasel was asked about Montreal’s participance in 2017 when they will host a round-robin without Canada and the medal round.

“(The Mayor of Montreal) called me yesterday and promised me he will do everything possible to make it better in 2017.” – Rene Fasel.

There you go, Montreal. You’ve got one more chance to impress.