The Nashville Predators are having the best season in their entire 20 year history. If they keep their current pace, they will finish the season with 119 points in the standings. If they can pick up an extra point somehow, they would become just the fifth team since 1977 to finish with 120+ points. The record for most points in a season is 132, set by the 1976-77 Montreal Canadiens. To add a little more context, the best season in Predators history was the 2006-07 campaign when they finished with 110 points.

The Predators currently have the highest point total in the league at 106 and are well on their way to winning the Presidents’ Trophy for best regular season record in the NHL. One of the biggest reasons for their success has been their depth. They are arguably the deepest team in the NHL. They currently have 13 players who have scored at least 10 goals with Colton Sissons at nine and Ryan Ellis at seven. They could potentially finish with 15 players with at least 10 goals. The next closest teams have 11.

When you can get scoring from anywhere in your lineup, it is very hard for the opposition to stop you. At the same time, they don’t have that one superstar player lighting up the score sheet every night. That is also a positive thing. By not relying on one superstar carrying the whole team (Edmonton…), there is not one guy that can cause you to lose the game.

Beyond their depth, #Pekka4Vezina. Enough said. The Predators are seemingly built to last throughout the playoffs and to be favored in almost any match-up. How could they not win the Cup?

In my time spent earning my degree in History, I got to study first-hand how history repeats itself. Yes, that tired old adage is fairly true. For the Predators, they are facing both their own history as well as the dreaded “Presidents’ Trophy Curse.”

Let’s examine what happened at the end of the Predators previous best regular season. In 2007, they finished the season on fire by earning a point in 17 of their final 22 games. They wound up facing the San Jose Sharks in the first round of the playoffs, where they lost the series 4-1 for a disappointing early exit. The Predators are the hottest team in the league right now, earning a point in 30 of their last 35 games. Have they peaked too soon? Will they share the same fate of the previous best team in franchise history? 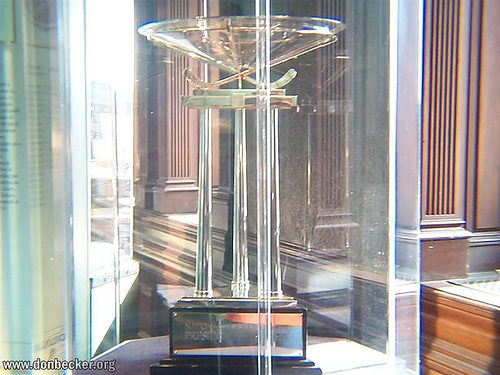 According to SportsClubStats.com, the Predators have an 18.2% chance of facing the Anaheim Ducks in the first round of the playoffs. If you have followed the Predators at all, especially the last few seasons, you know the Ducks have quickly become the Predators most hated rivals. It seems like every game is a slug-fest. The Ducks are one of the main reasons former Predator, Cody McLeod, played in as many games as he did in his short tenure with the team. The Ducks like to play physical and borderline dirty. As Joe Rexrode wrote in The Tennessean, the Ducks would be the worst-case playoff scenario for the Predators – especially in the first round.

Last season’s trip to the Stanley Cup Finals proved to the Predators how the playoffs are a war of attrition. The Predators lost multiple key players such as Ryan Johansen and Kevin Fiala for extensive time during their quest for the Cup. If the Predators want to make it back to the Finals, they are going to need to stay healthy. The Ducks probably play more physical than any other Western Conference team currently in a playoff spot. It doesn’t help the refs seem to swallow their whistles when the Predators face off against the Ducks.

Even if the Predators moved past the Ducks while staying relatively healthy, the physical toll could wear down the Predators as they face either the Minnesota Wild or Winnipeg Jets in the second round. Not to mention the effects of logging the miles between Nashville and Anaheim throughout the potential seven game series.

As I stated before, Rinne has been a major reason for the Predators success this season. He is having the best year of his career and has seemingly been penciled in to win the Vezina Trophy as the league’s best goaltender. His most incredible stat this season has been his High Danger Save Percentage (HDSV%). Prior to this season, his career average HDSV% was 74.92. This year he has posted an 84.55 HDSV%. Had he just been at his career average, he would have given up 37 more goals from high danger shots. If we apply those to game the Predators won or lost in overtime, the Predators could have lost an additional 10 games in regulation.

For that example, we are assuming that an extra goal allowed during regulation would have prevented overtime from being needed. The Predators have won six of the 10 overtime games when Rinne was in net. That is a net loss of 14 points in the standings (based off of two points for a win and one point for an overtime loss). At 14 fewer points, the Predators would be the fourth overall seed in the Western Conference instead of potentially the first seed in the entire playoffs. That would have huge implications on home ice scenarios and possible games swung in favor of their opponents.

Since that was all hypothetical, you are probably wondering what that even has to do with the Predators not winning it all. Well, that was an easy way for me to express how much Rinne has been playing above his career averages. The law of averages tells us that goalies start to decline when they get to Rinne’s age, not outperforming their best season ever. Can Rinne keep it up? Rinne is currently on pace to have played the fewest games in a full, injury-free season since the 2009-10 season. As he plays more minutes, will his play decline? Also, Rinne’s career playoff stats are well below the numbers he has put up this season or last year’s playoffs. Will #Pekka4Vezina still be around in May and June? Or, will the Predators see normal playoff Rinne cleaning out his locker after a being ousted early?

There could be plenty of scenarios that play out, preventing the Predators from winning it all this year. Like last year, key players could go down with injuries. Pekka Rinne could come back down to Earth. Some other team firing on all cylinders, at the right time, could have just enough to sneak by the Predators.

However, fear not Predators fans. The Predators have been the best team in the league since the turn of the new year. What we have seen is what we are going to get. They have held their success for far too long for it to just be a hot streak. Like I stated earlier, the Predators are probably the deepest team in the whole league. They will most likely face some injuries in the playoffs. Every team faces that. However, no other team in the NHL has the luxury of the whole team contributing to their success like the Predators do. Also, Rinne really does look like he has actually taken his game to the next level. It doesn’t seem to be just a case of playing above his average. He is creating a new standard to judge him by.

The Predators are poised to hoist their franchise’s first Stanley Cup in June. If they do, Rinne will most likely become only the fifth goalie ever to win the Vezina and Conn Smythe trophies in the same season.

Currently on a conditioning assignment in the beer leagues. I have been following the Nashville Predators since their inception. Inception is a great movie… Hopelessly drifting between the analytical and fanatical worlds of the NHL.