The Stars were expected to be one of the best teams in the Central Division this season. However, things have not gone their way. With a 7-7-5 record, they currently sit outside the playoff picture. A big part of their struggle has been an endless parade of injuries that’s approaching comic proportions. Monday, things continue to not fall into place when defenseman John Klingberg was late for a team meeting. He will be scratched from Monday’s game against the Wild as a result.

Despite Klingberg struggling to find the offensive form he’s showcased for the last two seasons, it’s a big blow for the Dallas blue line. In Saturday’s contest, when they finally got Patrick Sharp back after a 14-game absence due to concussion, veteran defender Johnny Oduya suffered and injury and landed on IR.

“I’m going to have to learn from this,” Klingberg said. “I feel embarrassed. There are no excuses, I overslept. I told my teammates I’m sorry, it’s not going to happen again.”

Rookie Julius Honka pulls into the lineup and will make his NHL debut in Klingberg’s absence. Fellow rookie Esa Lindell was called up with Honka on Sunday. 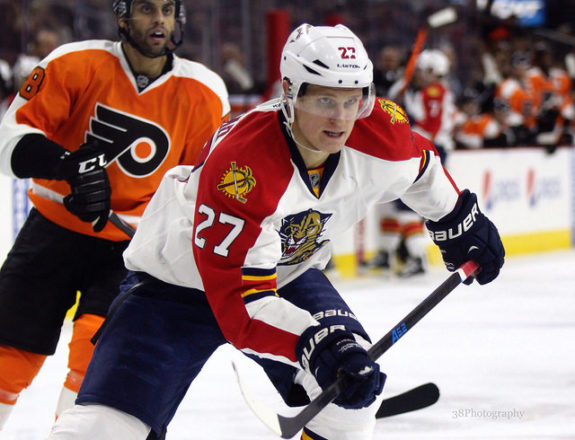 The Florida Panthers have activated center Nick Bjugstad from injured reserve. Bjugstad has yet to suit up for a game this season. That’s an unfortunate situation for him as he looks to bounce back this year. He struggled late last year and went from being a top-six center to pivoting the Panthers’ third line.

Additionally, the Panthers have reassigned forward Jared McCann to the AHL in hopes of giving him the big minutes that he has not been seeing the NHL.

“We are excited for Nick’s return. He is a foundational player for us,” said Florida’s President of Hockey Operations Dale Tallon. “Jared has played very well for us this season, especially on our recent road trip, and is a big part of our future. He will be able to receive significant playing time, including special teams opportunities in the AHL, which will allow him to continue to develop into a top-six NHL forward with the Panthers.”

Florida defenseman Alex Petrovic was injured blocking a shot against the Montreal Canadiens and will miss a minimum of two months of play.

Florida got off to a rough start this season, but they’ve now won two in a row and are starting to climb the standings. This is a setback though and it comes just as Bjugstad is getting healthy.

However, Duchene is returning to the lineup Monday after missing four games with a concussion. Colorado managed to grab a win from the Wild Saturday while they were without both Duchene and Landeskog, so Duchene’s return now is significant. It means that the absence of two key players might not have derailed things too badly as Colorado looks to claw their way into the playoff picture.

The NHL announced the All-Star Game fan voting procedures Monday. While they don’t preclude the possibility of another John Scott situation, they do make it difficult for that to happen.

Here are the rules for this year’s vote, per the NHL:

– Eligible players must be on an NHL club’s active roster as of Nov. 1. Any player who’s not – due to injury or special circumstances – can be added to the ballot if/when he returns.
– If a player is assigned or loaned to the American Hockey League (AHL) or any other minor-league team between Nov. 1 and 5 p.m. ET on Jan. 26, the player is ineligible. However, if the minor-league assignment/loan is due to conditioning reasons, the player remains eligible.
– If a vote leader is disqualified due to a minor-league assignment or loan (or other reason) after voting closes on Jan. 2, the player with the second-most votes in that division will be named captain.

Again, these rules don’t preclude an underdog hero from rising above the crowd of players like Sidney Crosby who have little interest in playing in the NHL’s dog and pony show. But it gives owners an avenue to get rid of a player they don’t want to represent the club.

For instance, last season the Coyotes didn’t appear all too excited to have John Scott as their representative and it may or may not have played a hand in them trading him (some insider reports indicate it definitely did). But now, management would just have to reassign, say, Zac Rinaldo, to the AHL and he’s no longer eligible to be in the All-Star Game.

The rule change is slight and still allows fans to vote for an unlikely player, but that slight tweaking provides the framework for management and owners to have a little more say in whether or not their team will be represented by the underdog chosen by fans.

The #Leafs Centennial Classic sweater will be available starting at 10am tomorrow at @RealSports Apparel: https://t.co/AP2SXXwk0p#TMLtalk pic.twitter.com/2A28RmIeh1

Given, it’s the leadership group for Toronto, but considering the young talent that team has, the decision to make their promotion feature Leo Komarov, Tyler Bozak, Morgan Rielly, and Matt Hunwick is not without humor. Sorry fans of the exciting hockey being played by Auston Matthews, William Nylander, and Mitch Marner.

Like Bill Daly said, the NHL isn’t marketing individuals. Sorry Matthews, no one cares about your amazing skills or goal-scoring prowess. Sorry Marner, no one cares about that incredible move you pulled on James Reimer. Fans are only interested in teams and team defense (though not to the extent that they’d want to know about player salaries).

The New York Rangers have claimed winger Matt Puempel off waivers from the Ottawa Senators. The Sens waived him Sunday, immediately after they passed goaltender Andrew Hammond through waivers.

Puempel was selected 24th overall in the 2011 NHL draft. Through 13 games this season he has yet to record a point.

Hammond has been assigned to the AHL.

Arizona Coyotes AHLer Craig Cunningham collapsed on-ice during warm-ups for Saturday’s Tucson Roadrunners game. Reports indicate he may have had a heart attack. The team, out of respect for the Cunningham family, have not publicly disclosed details of the incident. 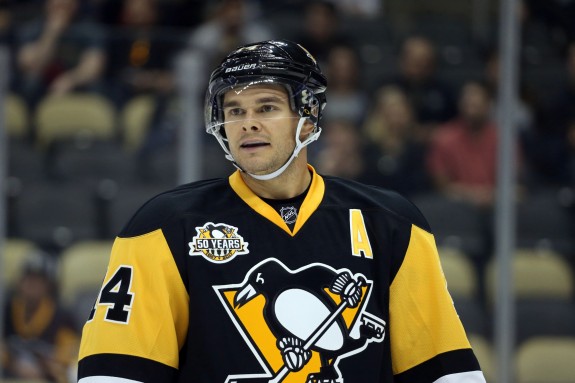 – The Columbus Blue Jackets have activated defenseman Seth Jones from injured reserve. He is expected to suit up for Monday’s game against Colorado.

– TSN announced Monday that they will once again be broadcasting NCAA games during the 2016-17 season. They’ll take 37 regular season games for Canadian fans.

“We are excited that TSN will once again be making so many NCAA games available to hockey fans in Canada,” said College Hockey Inc. Executive Director Mike Snee in a written statement. “Close to 30% of all NCAA hockey players are Canadian, including three NHL first-round draft picks in 2016. Our partnership with TSN allows these young players to be more closely followed in their hometowns and shows what makes playing for your school a unique and special experience.”

– Gabe Vilardi, a top prospect for the 2017 NHL draft, will undergo an appendectomy on Monday, the Windsor Spitfires have announced. He is out of the lineup indefinitely.

“Most importantly here, we’re glad we caught this and that he’s getting the medical treatment he needs,” said Windsor GM Warren Rychel. “We’re obviously going to miss a top talent like Gabe. You can’t control things like this and we’ll have to pull together as a group to pick up the slack, especially with a dozen consecutive road games in the next month or so.”

Vilardi has posted nine goals and 22 points through the first 16 games of the season.