Saturday in Tucson, Roadrunners captain Craig Cunningham collapsed on-ice during warm-ups. It was a scary scene.

Medics were rushed onto the ice and had to cut open Cunningham’s jersey and perform chest compressions, according to multiple reports.

The team hasn’t given details on the situation, but released this statement late on Saturday:
“Arizona Coyotes center Craig Cunningham suffered a medical emergency on the ice prior to the start of tonight’s game between the Tucson Roadrunners and the Manitoba Moose at the Tucson Convention Center. Cunningham was taken to a local hospital where he is receiving medical treatment. Our thoughts and prayers are with Craig and his family. We will provide a medical update once we receive more information.”

Tippett on Cunningham: "He's in hospital. We'll have more information tomorrow, but it was one of those real scary incidents."

Though details on Cunningham’s condition are unavailable, well wishes poured in from around the league for Cunningham.

Craig Cunningham is one of the best guy I know. I'm praying for you buddy ❤️

My prayers are with Craig Cunningham and his family tonight. One of a kind guy

The game between the Roadrunners and Manitoba Moose was postponed with no make-up date on the books at this point. THW sends its best to Cunningham and his family.

My understanding this morning is Craig Cunningham is in critical condition after apparently suffering heart attack, has his Mom by his side.

Positive news out of Arizona is Craig Cunningham's blood pressure has increased. Still in critical condition, keep on praying for him.

The Senators have placed goaltender Andrew Hammond on waivers,according to Sportsnet’s Chris Johnston. The move follows reports that the Senators were looking to trade Hammond and that he recently refused to accept a conditioning stint in the AHL.

This move comes not long after the Senators acquired Mike Condon in a trade with the Pittsburgh Penguins, giving the Senators three goaltenders at the NHL level. It’s quickly become clear the team prefers Condon to Hammond as Craig Anderson’s backup.

If Hammond clears waivers the team will be able to assign him to the AHL. His $1.35 million cap hit is large enough that his deal can’t be completely buried in the AHL if he is reassigned.

In Friday’s win over the Red Wings, Capitals winger T.J. Oshie suffered an upper-body injury that forced him from the game. The team announced Saturday that he is officially considered week-to-week with the injury.

Following an unfortunate exit from the Peoria Rivermen of the SPHL, Olympic netminder Shannon Szabados has signed a deal in another men’s league.

She’ll be suiting up with the Fort Saskatchewan Chiefs of the Chinook Hockey League.

BREAKING NEWS: The Fort Saskatchewan Chiefs are proud to announce the signing of goaltender Shannon Szabados!

The team and fans are fortunate to be getting a good player and a good person who can help grow the game in the region. During Rivermen training camp I spoke with Szabados and the way she talked about fans and her role in the league made it clear she brings much more than athleticism to an organization.

“I’m pretty fortunate,” she said, “at almost every single rink I got to I have almost as many fans there as I do at my home rink. It’s been pretty cool. The league’s treated me really well.

“It’s pretty cool to see. My last two years I played in Columbus, Georgia. Pretty deep south, where hockey’s not the biggest sport around. Every day there’d be little girls at the rink waiting to talk to me or after games. The funnest part for me was going on the road and seeing the little girls, even the little boys at the rink, but especially the little girls that are like, ‘Hey, I want to play hockey one day just like you.’ I like to fly under the radar. I’m not into all the media attention, but there’s nothing I love more than to just hang out with the fans and meet all the little girls that are waiting there after. It’s been surprising to see, especially down south where hockey’s not known to be as big. It’s cool to see the growth and how many little girls are getting into these days.”

The NWHL made a surprising announcement Friday, revealing they would be cutting player salaries for the remainder of the 2016-17 season due to revenue shortfalls. One of the more puzzling aspects of the announcement was the revelation that players were not directly consulted about the decision. Additionally, the NWHLPA was not involved in the decision, according to commissioner Dani Rylan on a conference call Friday.

At the time of the announcement, it wasn’t a certainty players would agree to the pay cuts. Each player would need to sign an addendum to their contract.

NWHL players issued a statement Saturday listing four demands, including proof of insurance to protect players and greater transparency with regard to league finances.

As revealed by Riveters forward Madison Packer in interviews with both Excelle Sports and Fan Rag Sports, the list was put together by team captains and a few other players. It’s not clear that this represents the views of 100 percent of league skaters. Though the demands are largely reasonable, there are still questions to be answered. For instance, upon whom does the financial burden of a full audit fall? Given the current situation, that’s likely to be a difficult question to answer.

Packer also said the salary cuts will be larger than the previously reported 50 percent. They will be closer to 60-65 percent for each player.

After players shared the demands, Rylan released the below statement which did not explicitly say it was a response to the players.

“The players have many concerns and disappointments, and I understand that completely. I deeply appreciate that, despite the emotions of the last two days, they have continued with their preparation for tomorrow’s games in Buffalo and Newark. My colleagues and I have always and will always do everything in our power to build a professional league that the amazing athletes of the NWHL deserve. Despite our setbacks, we have made many positive strides — thanks in large part to our players. Our hope is that we can continue a positive, constructive dialogue with the players over the next two weeks.”

In the face of adversity we learn the most about who we are.

Love this team, love this family.

THW will have more on the situation on Sunday. All four of the league’s teams are expected to play Saturday as usual. Yet there are lingering questions, particularly about the NWHLPA’s role in the league. The NWHLPA bylaws, obtained by Puck Daddy, would appear to have been cast aside by both the league and the players. It’s also not clear who leads the NWHLPA. Erika Lawler is no longer the head of the PA, but it has not been publicly announced who replaced her.

Like a depressing Hydra, each question answered raises two more.

– In Saturday’s game against the Stars, Connor McDavid snapped a 10-game goal drought by posting the first hat trick of his NHL career. 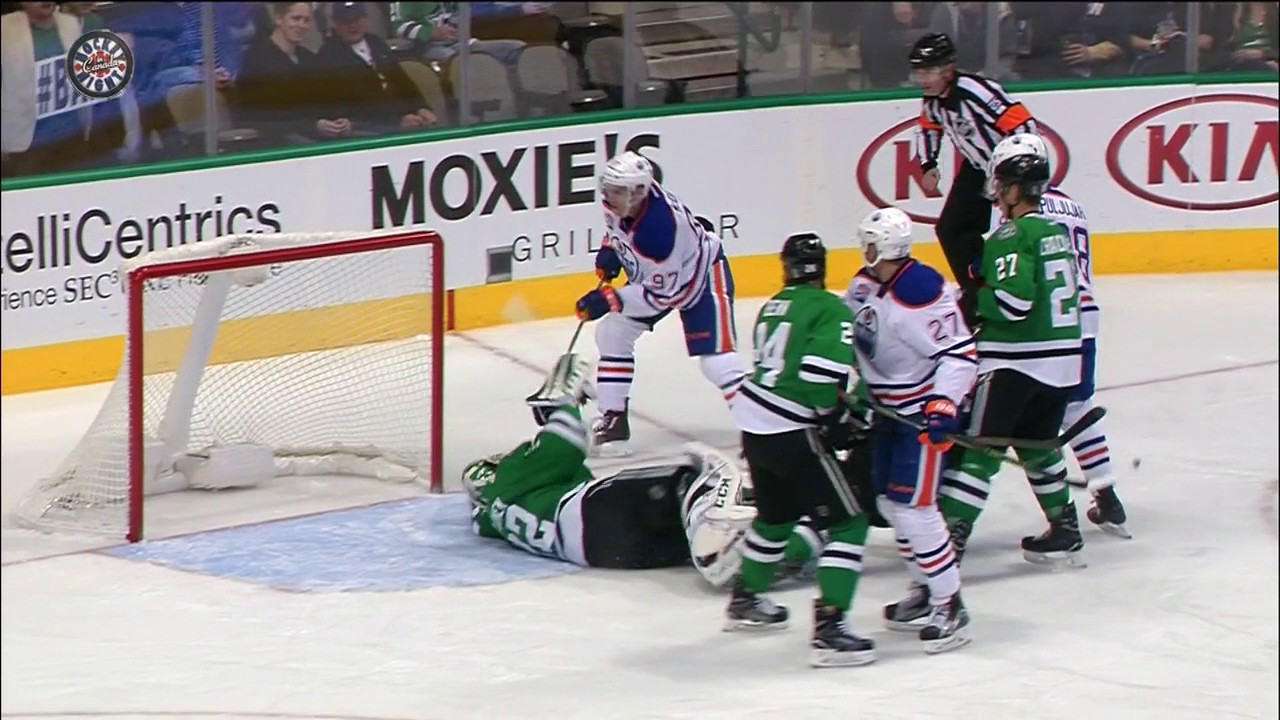 – Saturday’s match between the Toronto Maple Leafs and Montreal Canadiens had a few ugly moments, including a questionable hit from Alexei Emelin and another from Matt Martin. Either could result in a call from the NHL Department of Player Safety.

Well that was ugly by Martin. pic.twitter.com/GtChOcOlUo