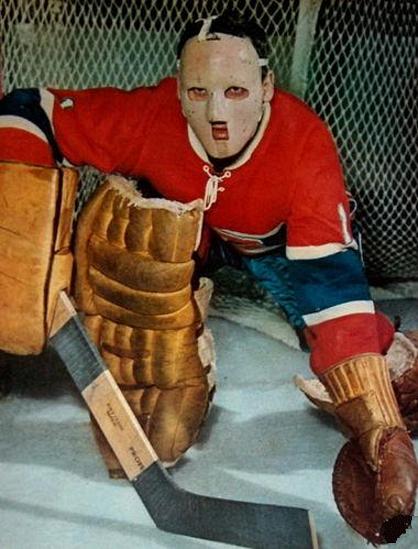 When things are going well, positive momentum helps create the right mood for more good things to happen. Everything seems to fall into place at once. All of the stars are aligned.  One might be advised to grasp and make the most of these fleeting moments in life, if you like the thought of making an impactful difference while you’re here. Jacques Plante did.

On the 18th of October, 1959, the Montreal Canadiens won their sixth contest of the 1959-60 season, 6-5 over the Rangers at Madison Square Garden in New York. It was game 1 of an 18-game undefeated streak which saw the mighty Habs of the late 1950’s go 15-0-3 until they were finally beaten in early December. Canadiens’ legendary goalie Jacques Plante was in goal throughout. During this unbeaten run, the Canadiens set an NHL record which has never been equaled. Amazingly, they scored the first goal of the game in each of the 18 contests.

Within one game, the Habs astounding streak coincided with one of the most outstanding goalkeeping sequences of all time. Starting with Game 7 of the 1959-60 season and extending a total of 18 games through December 2, 1959, Jacques Plante did not allow more than two goals in any game. This incredible feat is also an NHL record, one of greatness that has been proven by its lasting endurance over time.

The previous April, the Habs had already set an NHL record by winning their fourth consecutive Stanley Cup. Their lineup was bolstered with no less than eight future Hall-of-Famers, including Plante. The Canadiens were so good, they forced the NHL to adopt a significant rule change. Prior to the 1956-57 season, players serving a two-minute penalty had to sit the entire two minutes and not return when a goal was scored by the opposing team. In November, 1955, Jean Beliveau had scored three goals in 44 seconds on the same power-play, making a mockery of the NHL rulebook. 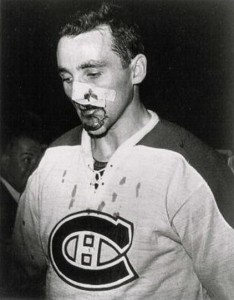 It was against this backdrop, and in the midst of both 1959 record-breaking streaks that one of the most significant changes to the game came into play since the elimination of the rover position. In the first period of a game on November 1, 1959, New York Ranger player Andy Bathgate fired a shot that shattered Jacques Plante’s nose. In those days, there was no backup goaltender dressed and ready to fill in. The game was halted and delayed while Plante was transferred to the infirmary for facial repairs.

Jacques Plante knew that the NHL had already approved the use of facial protection for goaltenders. The league despised the long delays caused by numerous facial laceration incidents to goalies, but on the other hand, was more hesitant to force teams to dress a backup goaltender. After a spirited disagreement with Habs’ Head Coach Toe Blake, Plante came back wearing a mask for good. Blake wanted Plante to drop the idea after a few games when Plante’s wounds had healed, but the Canadiens kept winning and Blake eventually gave in. Furthermore, Plante’s confidence seemed to soar to new heights as he went on to capture his fifth Vezina trophy in a row. 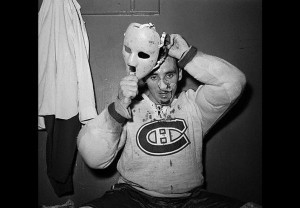 With a face-masked Jacques Plante in net, the Canadiens breezed through the 1960 playoffs without losing a single game, enroute to their fifth consecutive Stanley Cup. Plante recorded 3 post-season shutouts in 8 games, including a 4-0 victory in Game 4 of the Final in the Cup-deciding game against the Toronto Maple Leafs who were no match again for the powerhouse Canadiens. 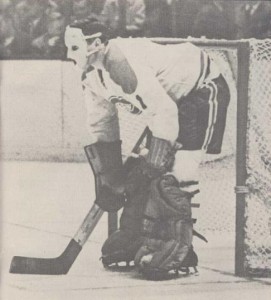 Soon after, Don Simmons became the second NHL goaltender to wear a mask regularly. Over the course of the 1960’s, fewer and fewer goalies opted to play without it.

Jacques Plante was an innovator in his time in many other ways too. He was an excellent athlete on an excellent team. This gave him the audience, respectability and room he needed to sway the decision makers as he introduced important changes to our game. 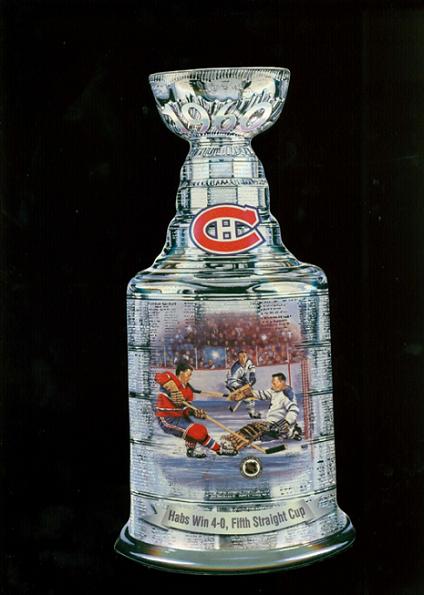