Some news came out of Pittsburgh the other day, the Penguins do not plan to use any buyouts.

General Manager Jim Rutherford spoke with Seth Rorabaugh of the Pittsburgh Post-Gazette and had this to say.

The window for teams to use buyouts starts two days after the last game of the Stanley Cup Final. Is that anything you are considering?

That means that (barring a trade) Nick Spaling, Chris Kunitz and Rob Scuderi could all be suiting up for the Penguins in the 2015-2016 season. 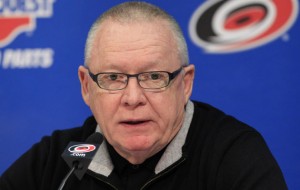 Kunitz still has some trade value and the cap space created by a buyout would only allow them to replace him with a player of the same caliber. However, Scuderi is another story entirely.

The current situation on the blueline has Paul Martin and Chrisitan Ehrhoff leaving as free agents and the Penguins are working on an extension with RFA Ian Cole.

Assuming that a deal with Cole is completed, and it will be, the Penguins have Scuderi, Cole, Kris Letang, Ben Lovejoy and Olli Maatta on their NHL payroll. You can also bet that Derrick Pouliot, Brian Dumoulin, Scott Harrington and Taylor Chorney all will be in contention for a starting spot.

Scuderi’s $3.375 million dollar cap hit is a hindrance to the Penguins, but not the end of the world. What is an issue is that a 36-year old defender will be starting instead of a young promising defender who needs to get experience.

The numbers speak for themselves, at this point in his career Scuderi should be on  the bottom pairing, but he is being deployed as a top-four defender.

Just take a look – courtesy of Own The Puck. 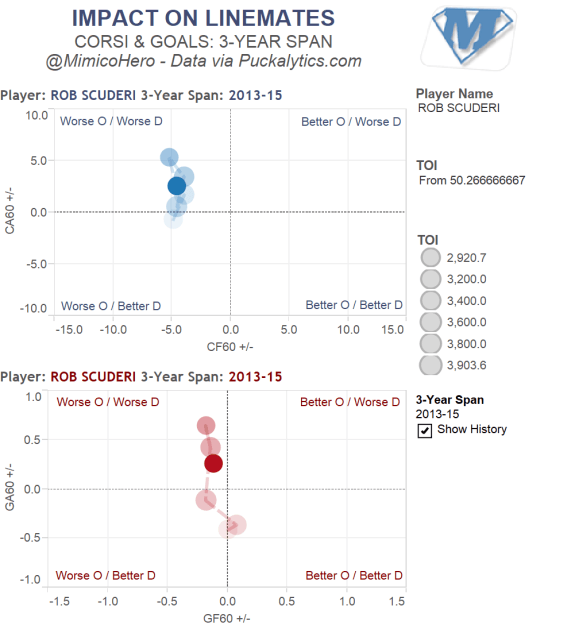 Many fans of the Penguins believe that Scuderi is still on the roster to work the penalty kill and block shots, but how well does he execute? You can see from his HERO chart that he’s able to suppress shots better than an average bottom pairing defender, but the rest of his work is less than impressive. 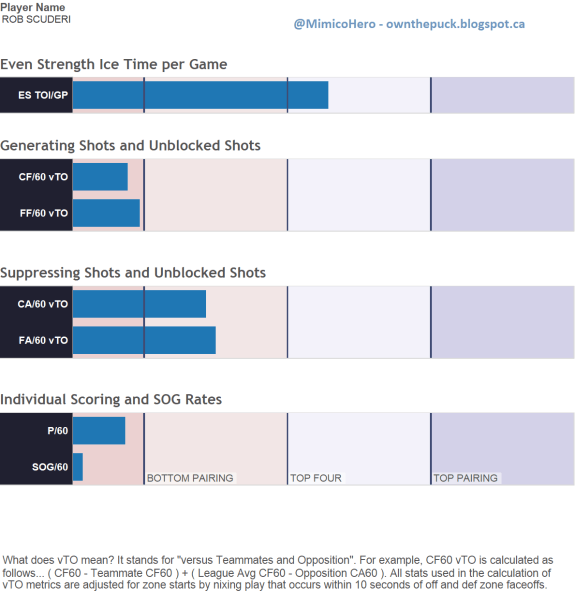 They know that the reason why the Chicago Blackhawks and Tampa Bay Lightning made it to the Stanley Cup finals is because they are young teams, but they’re seemingly unwilling to trust their youth.

Dumoulin and Harrington both could be ready for NHL starting roles, but they might not have a chance to show it.

Outlook On The Blueline

Take a look at some quotes from Rutherford – courtesy of DKonPittsburghSports.com.

We’re prepared to go younger on defense. We’ll see how it plays out. We would consider bringing them (Paul Martin and Christian Ehrhoff) back, but we’ll see.

Pittsburgh can’t get younger and cheaper on defense by keeping an old player around. Scuderi makes too much money for his level of play and there aren’t many teams that would be willing to take on his salary. Even if the Pens retain a significant portion of his salary, it’s tough to see a scenario that he is traded because Shero gave him a limited no-trade-clause.

The real victims of this situation are Dumoulin, Harrington and Chorney, they all have NHL talent, but they haven’t been given a legitimate chance to show it. Pittsburgh might have changed their general manager and head coach, but it seems that they are still refusing to play their young players at the NHL level.

There’s always a chance that Scuderi gets traded, but it’s highly unlikely.

Only time will tell if he puts on the black and gold sweater again, but there should be a significant amount of trades and player movement coming out of Pittsburgh in the upcoming weeks.