It was a historic night in Nashville with the visiting San Jose Sharks falling 7-1 to the Predators. The game was anything but interesting as the Preds dominated from the puck drop. By the end of the second period, the Sharks looked disinterested and the Preds took advantage of their sub-par effort, scoring almost at will.

No matter what stat you look at, the Predators won. Here are some of the areas that the Predators dominated and one or two where they weren’t great.

You can’t mention the Predators or the Norris Trophy without P.K. Subban. He and Marc-Edouard Vlasic went head to head in a battle of the NHL’s premier shutdown defensemen. While Vlasic had a great game, and we’ll get to that later, Subban was borderline immaculate for the majority of Thursday’s contest. Here’s a look at the numbers. (For reference, I’m using unblocked shot attempts (Fenwick), goals, high danger chances (HDC), and zone starts for (offensive) and against (defensive) at five on five.) 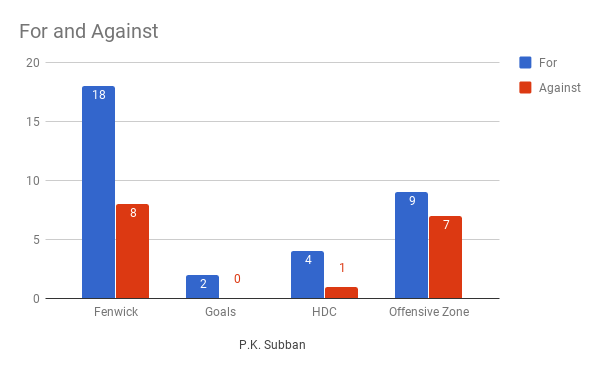 Another Norris-quality night from a Norris contender. Subban dominated in every facet, especially Fenwick and high danger chances, the two most important stats in my opinion. While Subban received an unprecedented amount of zone sheltering, there was no competition sheltering. He faced off against the Logan Couture and Joe Pavelski line for the majority of his ice time and, despite facing top talent, Subban shined.

Keeping those offensive powerhouses to one high-danger chance and no goals is an incredible feat. If Subban keeps up this performance, the Predators will become an even heavier Cup favorite.

Austin Watson, Colton Sissons, and Miikka Salomaki came through in a big way, dominating the Sharks. San Jose had no answer for the fourth line’s forecheck and it left Brent Burns and Couture stuck in the defensive zone. Despite starting in the offensive zone 28.57% of the time, the fourth line never seemed to stay in that zone for too long.

Sissons also looked really good in front of his own net and the stats reflect it. He’ll need to continue this play if he hopes to stay in the lineup when Mike Fisher returns. (Here we used the same numbers as Subban, except we’re counting scoring chances (SC).) 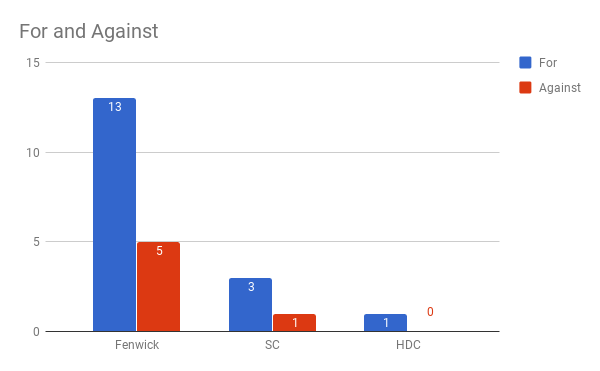 This is everything you want from your fourth line. The defensive zone was locked down tighter than Fort Knox as the Predators didn’t surrender a single goal with the fourth line on the ice. While they didn’t score a goal, it’s a bigger deal that they kept the puck out of the net against second line competition. Three scoring chances and a high danger chance are hard to come by as a fourth line; so, if the trio can continue to produce these numbers, the Predators will be much better for it.

It may not be sustainable but we should recognize when the fourth line steps up in a big way. They will face another big challenge against the St. Louis Blues on Sunday.

While Pavelski and Couture were matched by Subban, JoFA and the Turris line faced off against the best shutdown man in the world. While the stats don’t look good, it’s important to note that the Predators only had one goal against Vlasic during the first two periods. After the Sharks lost interest in the game, things got worse for everyone, Vlasic included. 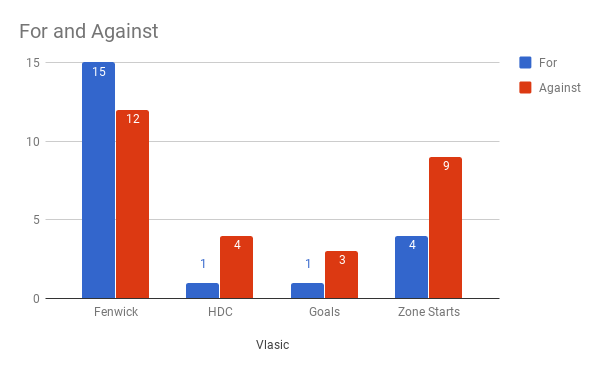 The rest of the stats don’t look so bad when you remember that he started in the defensive zone 70.33% of the time. Despite no sheltering, Vlasic controlled shot production and didn’t give the Predators much to work with. With the way Nashville played, they could’ve scored a few more goals and earned more high danger chances. Vlasic did everything in his power to keep the Sharks in it.

Despite Vlasic’s overall performance, the Predators should still look at this with some pride. If they can do this to Vlasic, they can do it to anyone.

A Historic Night for Pekka Rinne

It’s quite an achievement to earn 300 wins in today’s NHL and a bigger one to do so with one franchise. Rinne broke the mark on Thursday as the Sharks failed to score more than a single goal against the giant Finnish netminder. Couture notched the tally on a bad play by Rinne but he stood tall for the rest of the game. (For reference, all stats below are at all strengths.) 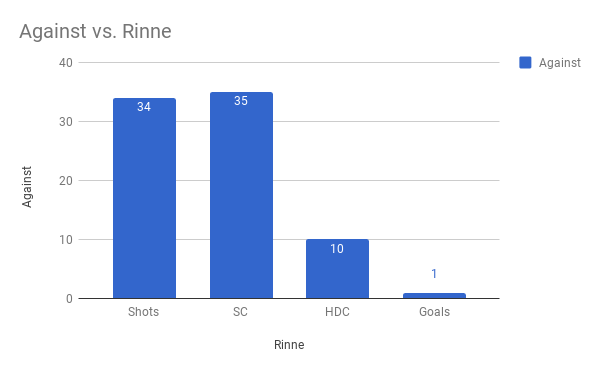 In a season where the Predators’ netminders have dominated despite their defense, Thursday’s game was more of the same. The Sharks were averaging over a shot per minute, and worse, over a scoring chance per minute. High danger chances weren’t much better but the Predators created 18 of their own, so that’s not too bad.

Tip your hat, Mr. Rinne. You deserved this one. Lord knows you’ve worked your tail off for it.

On to the Next

The Predators host the Blues on Sunday in a Central Division rivalry match. The Blues have fallen off recently and are on a four-game losing streak as they sit in the second wild-card spot. Vladamir Tarasenko and crew will look to reclaim their spot among the top of the West as the playoffs loom.