The late, great Will Rogers once said, “If you find yourself in a hole, stop digging.” The Dallas Stars would be wise to heed that advice. 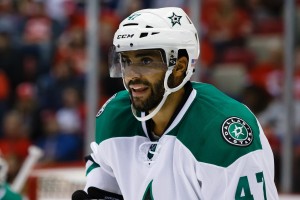 The Stars played 55 minutes of winning hockey in Philadelphia Saturday. In the last five minutes, the whole thing unraveled as the Flyers scored their second and third power play goals of the game and added an empty-netter for insurance to down Dallas, 4-2.

The loss dropped the Stars to 11-12-6 on the season. Though they’re only two points out of the final playoff spot in the Western Conference and four points out of third place in the Central Division, the teams above them in the standings have games in hand. With each additional loss, each wasted opportunity, the pressure grows.

Dallas has another opportunity Sunday night, when they faceoff against a banged-up Blackhawks squad. The Stars can begin climbing out of the hole they’ve dug for themselves with a win in Chicago. To do so, however, they have to stop digging and play a full 60 minutes.

1) Jamie Oleksiak will have a hearing Sunday with the NHL Department of Player Safety regarding an illegal check to the head of Flyers forward Chris VandeVelde. It’s safe to say he won’t play against Chicago.

2) Even without the hearing, Oleksiak was a likely scratch, as Johnny Oduya should return to the lineup. Expect the ex-Blackhawk to be paired with Jordie Benn. Lindy Ruff said Friday that Jiri Hudler would play at least one game over the weekend. The Czech winger didn’t dress Saturday, so he’ll probably give Patrick Eaves a chance to rest his aching foot in the United Center press box Sunday night.

3) Keep an eye on right wing Brett Ritchie. He has seven goals this season. All have come against Central Division opponents, including one against Chicago on November 5.

4) The Blackhawks have been bitten by the injury bug of late. Captain Jonathan Toews, defenseman Brent Seabrook and goalie Corey Crawford will all miss Sunday’s game. That’s a lot of star power in street clothes.

5) Like Dallas, Chicago has struggled with so many key players on the shelf. Though the Hawks currently sit atop the Western Conference, they’re just 4-4-2 in their last 10 games. They’ve been held to two or fewer goals in seven of those games, including two shutouts.

6) As in Philadelphia, special teams could determine the outcome Sunday night. Chicago’s power play (19.2 percent) at home is only slightly better than Dallas’ is on the road (19.0 percent), and each team has already allowed five shorthanded goals this season. The Hawks’ home penalty kill is a league-worst 68.2 percent, while the Stars’ road PK (68.8 percent) ranks 29th.