All season long the New York Rangers have struggled so one might think that there aren’t any positive rewards of being a fan of this great franchise. When you watch games you may get agita, high blood pressure, the oncoming sense of a coronary, or maybe even the sudden urge to pick something up and throw it or unleash a slew of expletives at your television screen. All those aformentioned items are possible and likely but what it doesn’t show is how much your vocabulary will be improved upon rooting for the Rangers.

[RELATED: Don’t Miss Our In-Depth Post On Hockey Lingo, The Language the Players Use]

I consider myself a somewhat intelligent, well read person who has a decent vocabulary but man were my eyes opened this October. My English grades have gone up and when I talk I sound about fifteen years older. I will list some words below and although I had heard them in passing many times throughout my life, I never really understood or used them before.

Michal Rozsival’s defense was so atrocious that his bad play led to two opposition shorthanded goals to be scored in the same period.

2. Listless [list-lis] (adjective): having or showing little or no interest in anything; languid; spiritless; indifferent.

Every game, Wade Redden’s play is so listless sometimes it appears that he is comatose. 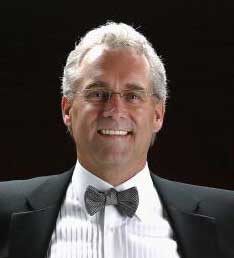 so egregious it will handicap the Rangers salary cap for the next decade.

I hope you enjoyed those three words above, but now let’s move to a more realistic take on some interesting vocabulary words. Whenever Tom Renney does a press conference or an interview, I always feel that I need a dictionary and thesaurus nearby to full understand what the man is trying to say. Below are some words he has tossed around in press conferences this season.

“Our offense has been stagnant so we will definitely need to galvanize it a little bit in order to score goals.”

“They’re doing such a great job and are showing a real positive visceral connection between themselves.”

So there you have it, proof that watching the New York Rangers in a subpar season will improve your vocabulary and make you sound more intelligent. Make sure to record games onto your Ipod and bring them with you to class. Impress your teacher, boost your grades, and go crazy all at the same time!

Greg Caggiano is the writer for the New York Rangers here on THW. He can be contacted here and hosts an online hockey radio show with Devils’ writer Brett Bodner called “Rinkside“.

1 thought on “Proof that Watching Rangers Hockey Can Improve Vocabulary”