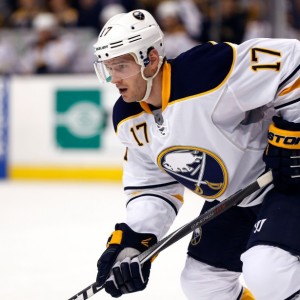 Much has been made about the Montreal Canadiens’ recent lack of depth due to injuries, but just the opposite proved true against the New Jersey Devils on Thursday. Winning 5-2 at home, the Canadiens got goals from players all throughout the lineup, including two from the team’s usual fourth-line center, Torrey Mitchell, who had been promoted to the third line due to the aforementioned injuries to Alex Galchenyuk and David Desharnais.

Nevertheless, in spite of the bad news on the medical front, both Nathan Beaulieu and Zach Redmond returned, with the latter getting in his first game of the season and first with the Habs. Needless to say, rumors of the Habs’ demise had been greatly exaggerated, with Montreal playing a complete game and dominating in terms of shots on goal, 49-21.

Philip Danault, centering the second line, got the Habs on the board first at 12:49, inadvertently redirecting a Beaulieu point shot. The play was contested by Devils head coach John Hynes, who claimed Danault interfered with goalie Cory Schneider on the play. While there was contact, it was clear from replays that Danault merely grazed Schneider on the play and didn’t affect his ability to make the save.

The 1-0 goal. Lots of traffic in front of Schneider. pic.twitter.com/OqybmIT8fo

And thus began a trend of weird goals all throughout the night. Adam Henrique got that one back at 16:19 by crowding Carey Price’s crease following a P.A. Parenteau shot. The former ended up getting credit on the goal, which, again, was contested by Habs head coach Michel Therrien. The referees ultimately determined that any contact by Henrique with Price (which there was) was made as the puck was already going into the net. Tie game.

That didn’t last long, as less than a minute later Mitchell scored on a weird bounce off Devil Nick Lappin on a two-on-one break with Paul Byron. That gave the Habs a lead they would not relinquish, but the true highlight of the contest came with less than 20 seconds to go in the period when Kyle Palmieri drove to Price’s net.

Helped along the way by Jeff Petry, Palmieri took Price’s skates out from under him, prompting the superstar goalie to take matters into his own hands, literally.

Considering the Devils had scored their first goal by crashing his net, the reaction by Price, while a tad over the top, was in a sense justified. Someone had to send a message to the opposition. What doesn’t make sense is why it had to be him, when Petry was right there and replays seemed to show the defenseman trying to almost protect Palmieri from Price’s wrath. Despite the physical outburst, the Habs successfully killed off Price’s roughing penalty, the majority of which was served in the second period by Alexander Radulov.

Artturi Lehkonen scored the eventual game-winning goal halfway through the contest, when he and linemates Danault and Andrew Shaw swarmed Schneider’s net. It was a nice display of hard work by the trio, but one gets the sense Hynes could have contested the goal had he not already used his challenge. It was obviously a recurring theme during the game, one that continued into the third.

Habs captain Max Pacioretty put the game out of reach at 4-1 less than a minute into the final frame. Left alone in the slot, the puck found him and he let loose a backhand that dribbled past Schneider. Replays revealed that the two had bumped behind the netminder’s goal and Scheider just barely got back in time before Pacioretty got off his dagger to the hearts of Devils fans.

The goal probably would have counted no matter what, but the point remains the Habs got their share of bounces in this one. Considering the shot differential though, it’s hard to argue those bounces weren’t earned.

The Habs and Devils exchanged actually legitimate goals later in the third, with Mitchell squeaking his second of the game past Schneider to bring an end to the scoring. Mitchell’s heroics pretty much epitomized the Habs’ effort in this one. It wasn’t pretty, but it got the job done effectively.

Following a mediocre 2-2-1 road trip, this game marked a successful start to a four-game homestand for the league-leading 18-6-3 Habs. They face the Colorado Avalanche on Saturday.