When Sam Gagner was a member of the Edmonton Oilers, fans were in one of two camps. On the one hand, he was a fan favorite, but the team needed to find the right spot for him in the lineup. On the other hand, during his seven years as an Oiler, Gagner left a lot to be desired.

Now a member of the Columbus Blue Jackets, Gagner is the best bargain contract in the NHL. The 27-year-old signed a one-year, $650,000 deal with the Blue Jackets this summer in the hopes of an opportunity to play.

He’s since gone on to produce 28 points in 34 games this season and has been a driving force for the Jackets. 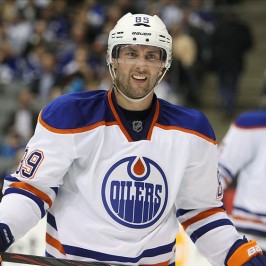 On June 29, former Oilers general manager Craig MacTavish traded Gagner to the Tampa Bay Lightning for Teddy Purcell. Purcell spent two seasons in Edmonton, putting up 68 points in 143 games as an Oiler, the equivalent of 0.48 points-per-game (PPG). During his seven seasons in Edmonton, Gagner held a 0.61 PPG, so the move was a step back.

Eventually, the Oilers’ current GM, Peter Chiarelli, traded Purcell to the Florida Panthers at last year’s trade deadline for a third-round pick that turned into defensive prospect Matt Cairns (84th, 2016). Call Gagner a sacrificial lamb or a beleaguered forward spinning his tires, MacTavish felt he had to shake up his lineup.

Maybe it was the right move, and maybe it wasn’t. The Oilers are in a playoff position for the first time in a decade, and it happened after making several player personnel moves, including Gagner.

After getting dealt to Tampa Bay, the Lightning flipped him to Arizona for a sixth-round pick, efficiently creating some cap space. In one season with the Coyotes, Gagner scored 15 goals and 41 points.

In June 2015, Gagner was once again traded, this time ending up with the Philadelphia Flyers. The Flyers used the Gagner acquisition as a means of dumping the Chris Pronger and Nicklas Grossmann contracts. Then there was also a concern from then-Coyotes GM Don Maloney that Gagner couldn’t play center at the NHL level. 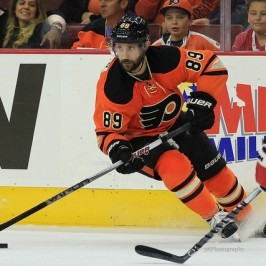 The Flyers let Gagner walk last summer after the forward scored just 16 points in 53 games. It took until the month of August for Gagner to finally get another crack at an NHL roster, this time with the Blue Jackets.

‘All I’m looking for is an opportunity. Last year was a down year. I played some pretty good hockey down the stretch, but overall, I feel like I’m a lot better player than my statistics showed last year.’

Looking at players with an average annual value (AAV) of equal or less than $1 million, Gagner is the top point producer amongst that group. He’s currently tied with Alexander Ovechkin (Washington) in scoring with 28 points.

The Capitals are paying Ovechkin a $9.53 million AAV, while the Jackets are paying Gagner a meager $650,000.

It’s costing the Capitals $340,357 per point from Ovechkin and the Jackets are getting the same production at a fraction of that cost. Gagner’s cost per point right now is $23,214.

It’s not to say Gagner is better or equal to Ovechkin’s talent level, but the former Oiler has been a quality low-risk, high-reward pickup for Jackets GM Jarmo Kekalainen. After bouncing between Arizona and Philadelphia, it’s good to see the former Oiler finally having some success in the NHL, whether it be in Edmonton or Columbus.