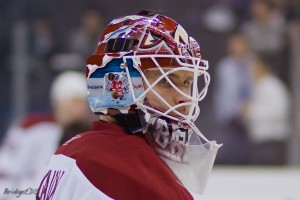 After one of the wildest offseasons in recent memory, all there was left was to see how well the GMs made out. If the first few days of the season are any indication, the big free agents and trade acquisitions are going to pay off for the teams who were willing to take the big risks.

GM Paul Holmgren was so sure he found the answer in the Flyers’ two-decade long search for a goaltender when he attained Bryzgalov from Phoenix, he inked the Russian to a nine-year, $51 million contract. Early signs are good as he was very strong in the opening game against Boston despite giving up an early goal. He made 22 saves, including a huge glove save on Brad Marchand in the second period, and made a first period 2-1 lead stand for the rest of the game. He then shutout the New Jersey Devils during their home opener, making 20 saves. Sure there are concerns for the playoffs and yes, it is still early, but as long as Bryzgalov gets more goal support and faces fewer shots than he did in Phoenix, their weakness won’t be in net.

Although things didn’t go as well in the second game, Mike Richards was the impact player GM Dean Lombardi was looking for in the season opener in Stockholm. He was clutch, scoring the tying goal with less than five minutes remaining and recording the primary assist on Jack Johnson’s game-winner in overtime. He hardly played shorthanded because the Kings only had to kill off one penalty all game, but played 4:36 on the power play.

The Rangers have lost both games so far, one in overtime and one in a shootout, but Richards can’t be faulted there. He is the only player to tally a point in both games for the Rangers and was the reason they even made it to overtime against the Anaheim Ducks, scoring the tying goal with 2:15 remaining. He looks ready to earn his nine-year contract and with Henrik Lundqvist as good as ever, the rest of the Rangers just need to get going.

Like Brad Richards, Carter’s Blue Jackets haven’t won a game in two tries. The good news though is he played well with Rick Nash in the first game, with both players recording two points. Development of their chemistry is very important to the future of the Blue Jackets. But he needs help and it’s not his fault James Wisniewski is out with a suspension and Steve Mason hasn’t been anywhere near the goalie he was his rookie season. 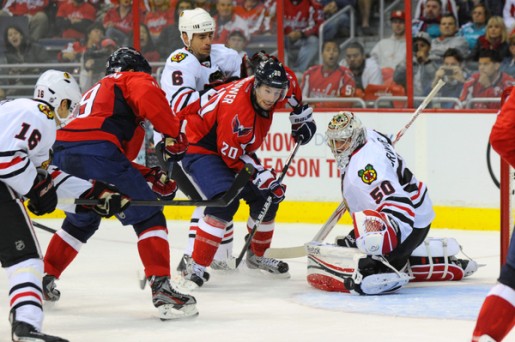 Brouwer scored 22 goals two seasons ago, but the Caps signed him to be the grinder that can help get them through the playoffs. He has led Blackhawks forwards in hits in each of the past three seasons and got off to a fast start, recording six hit and a plus-1 rating against the Hurricanes. Brouwer, along with Joel Ward, will be overlooked on the Caps roster this season, but they will both play big roles once the playoffs role around.

After a down year with the Sharks, Heatley was solid in his first game for Minnesota, potting the game-winner and an assist in a win over Columbus. If he and fellow former Shark Devin Setoguchi can be the go-to guys on offense, the turn-around in Minnesota will happen sonner rather than later.