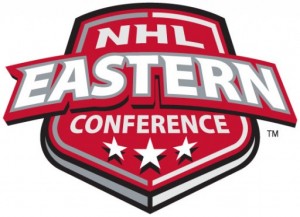 The dream of playoff hockey is alive and well in Washington and that’s for one reason: The Southeast Division. For the past four years the Caps haven’t had to fret over number crunching and out-of-town scoreboard watching to determine their post-season destiny, but this season they’ve filed a missing persons report on marquee player Alex Ovechkin, fired their head coach and are on pace for the fewest points in recent history. Nevertheless, the Caps still have a good shot at landing in third place in the Eastern conference thanks to their exceptionally weak division.

The Southeast Division was created in 1998 to accommodate the expansion of the since-skipped-town Atlanta Thrashers. Since then, the Caps have won six division titles, as many as the other four teams have won combined.  Additionally, the Southeast Division has never fostered more than two playoff teams per season. In division history, a Southeast team has lead the conference in points only three time – the Capitals twice, plus the 2004 Stanley Cup-winning Tampa Bay Lightning. If I haven`t done so already, I`d like to make it obvious –  the Southeast is the least of the East.

Point disparity between conferences has long been a sore spot for Western Conference teams whose bar to make it into the post-season is typically much higher than in the East. The Southeast division has become the weakest division in part because it lacks a dynasty leader that dominates the points race year-after-year. In recent seasons it looked like the Caps might fill this gap, but in 2011-12 that’s not as promising, and it’s not likely to be fixed anytime soon. This season, the division-leading Panthers are on pace for 92 points, which would barely edge them into the playoffs in any other division. But can the NHL make it fair – and should they?

Realignment: sticks in the middle

The Thrashers-now-Jets are poised to shake up the NHL divisions (and possibly conferences) once again in the next couple years. The separation in team points from one division/conference to another is something that would only be amplified under this year’s proposed realignment, which has since been shut down by the player’s union. The league proposed splitting the 30 teams into four conferences, two with eight teams another two with only seven. Playoffs would be determined by the top four teams in each conference, who would then play down in typical elimination style. Aside from the basic math issues, the proposed conferences were poised to be unbalanced competitively as well, with obvious forerunners bunched into the same groups, including one featuring the Penguins, Rangers, Devils, Flyers, and Capitals. The realignment would have likely creating even more of a slant, and certainly wouldn’t have helped the Caps. We’re sure to see this point be raised by GMs over the summer as realignment goes back into a blueprint stage, though where this priority ranks among concerns about travel time and maintaining rivalries is unclear. Nevertheless, the Caps are in a precarious playoff position, and they can’t count on their dismal division fellows forever.