With the 2019-20 regular season fast approaching, the Tampa Bay Lightning still find themselves in a contract predicament with restricted free agent Brayden Point. Unless if something drastically changes in the next few weeks, Point will be starting the season on the sidelines, likely holding out until the Lightning muster up a Mitch Marner-esque contract or decide to trade their restricted free agent.

Related: Is It Time for the Lightning to Trade Point?

While this situation is only a negative for the franchise, as losing a 23-year-old 90-point scoring forward like Point for any length of time will hurt any team, it may not be all bad in Tampa Bay.

In fact, Point’s absence could become a career-defining moment for another Lightning forward: Anthony Cirelli. As a player with unbridled potential, could an increased role throughout the 2019-20 season give Cirelli the opportunity he needs to prove that he is an All-Star caliber forward?

Since joining the Lightning as a last-minute call-up back on Mar. 1, 2018, Cirelli has done nothing but impress, grabbing a starting role and refusing to let go throughout a lengthy 2018 playoff run. In 2018-19, which was technically his rookie season, he posted 19 goals and 39 points, all while playing major minutes each night on Tampa Bay’s league-leading penalty kill.

In fact, one can argue that Cirelli is the Lightning’s best two-way forward. He plays a strong, smart game that allows him to not only contribute on the scoresheet but keep the opponent off it as well.

The only issue Cirelli has had in Tampa Bay is a lack of opportunity. Sure, he plays a prominent role on the Lightning’s third line, but there’s little room for him to grow within the franchise. With Steven Stamkos and Point the clear No. 1 and 2 centers, he likely would be stuck on the third line for years to come.

Without Point, Cirelli Could Shine

If Point were to miss any time during the 2019-20 season, Cirelli would likely take over his role as the Lightning’s second-line center. This upgraded role alone could cause his scoring totals to increase, but it’s not just even-strength play that he would likely be taking on.

See, throughout the 2018-19 season, Cirelli averaged about 15 minutes of ice time each night, where Point played closer to 19 minutes. The big difference, however, is that Cirelli had almost no time on the Lightning’s powerplay, where Point spent close to three and a half minutes on the man advantage each night.

Even if Cirelli saw a modest increase to his even-strength playing time, any increase to his powerplay ice-time could cause him to have a scoring breakthrough. Considering that he almost scored 40 points while playing in a primarily defensive role, this time on special teams could allow him to flash his full potential.

It’s worth saying that Cirelli is not a direct replacement for Point. Despite the fact that he has incredible potential, there’s a reason why Point took over a top-six role with the Lightning so early in his career.

What Cirelli could do in Point’s absence, however, would have an important impact on the Lightning’s season. By taking on the role of a second-line center, along with consistent playing time on the powerplay, he could see an offensive breakout in the 2019-20 season.

Would this equal Point’s scoring totals for the season? Likely not. But it could move Cirelli up from being a 40-point, third-line center to a 60-point, two-way dynamo making a serious case for the Selke.

This may be a bit of a best-case scenario, but given how impressive his play has been early in his career, one wouldn’t put it past Cirelli finding a way to pull this off. Ironically, if he does have a career year, the Lightning could find themselves in another contract dispute as he hits restricted free agency in the 2020 offseason. 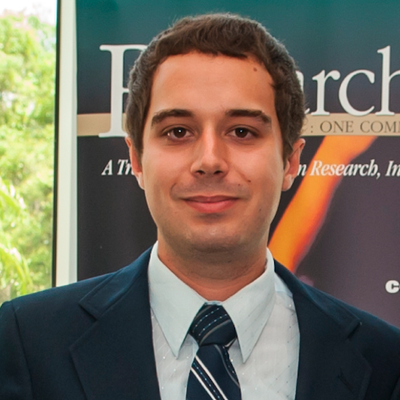