It seems as if there is no end in sight to those that do not like the Blackhawks. Whether it is winning three cups in six years, media appeal, or their huge fan base, the haters sure are going to hate.

must suck to be a blackhawks fan

Actually, it is awesome thank you. Rather than toss insults back as a reply, I prefer to educate haters (and even fans) with facts. Without further ado, here are some historical “First” facts to help said haters understand just what the Blackhawks have contributed to the NHL over the years:

September 25, 1926 – The city of Chicago receives an NHL franchise. One of the “Original Six” along with the Detroit Red Wings, Montreal Canadians, Toronto Maple Leafs,  Boston Bruins and New York Rangers. Chicago was originally called the Black Hawks until 1986 when the name changed to Blackhawks. The team is not named in honor of 86th Infantry Division of World War I, with which new owner Frederic McLaughlin (a coffee baron at the time) proudly served. This Division was nicknamed the “Blackhawk Division” after a Native American of the Sauk nation known as Black Hawk, who was well-known in Illinois history.

March 18, 1940 – The first chartered flight in NHL history occurs when the Blackhawks fly to Toronto for the first round of the Stanley Cup Final.

March 16, 1941 – Blackhawks coach Paul Thompson pulls goaltender Sam LoPresti for an extra attacker, the first time the tactic is used in the NHL.

March 12, 1966 – Bobby Hull becomes the first player to score more than 50 goals in a season with a goal against New York. 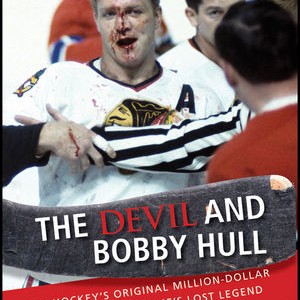 October 6, 1993 – The Florida Panthers play their first regular season game against the Blackhawks in Chicago.

April 18, 1998 – The Blackhawks fail to qualify for the playoffs for the first time since 1969, ending a run of 28 straight years in the post season.

June 22, 2007 – The Blackhawks choose Patrick Kane first overall in the NHL draft; the first time the team ever held the number one overall pick.

July 18-20, 2008 – The first annual Chicago Blackhawks Convention is held, the first of its kind in NHL history.

October 2, 2009 – Chicago faces off against Florida, making NHL history by becoming the first teams to play a regular season game in Finland.

March 6, 2013 – Blackhawks beat Colorado for their 24th consecutive game with a point at the start of the season (21-0-3), setting a league record.

January 17, 2016 – Chicago records its 355th consecutive home ice sell-out. There is no telling when that streak will end.

I want to say that the Blackhawks act like their crap don't stink, then I realized how many Cups they have won recently and I shut up.

I couldn’t resist throwing that last one in there for a certain “fan” demographic. Obviously, it is certainly okay to dislike the Blackhawks and support another team. Rivalries are great for the league. But odds are, that team owes a debt of gratitude to the Blackhawks for all they have done throughout history to help grow the game we all love.

Rick is fortunate to live off the I-90 hockey corridor where both his beloved Chicago Blackhawks and Rockford IceHogs (aka Baby Hawks) call home. Hockey has been in his blood since the early 1970’s when he saw his first Blackhawks game at the “Old Barn”. His favorite player is Keith Magnuson followed closely by Bobby Hull (old school!). When not covering the greatest sport, he enjoys watching live music and has even been known to join his beloved bands on stage for a song or two. Follow Rick on Twitter via @HawksStrength