The Canucks have announced the signing of forward prospect Jonathan Dahlen to a three-year, entry-level contract. Dahlen, 19, was acquired in exchange for Alex Burrows from the Ottawa Senators at this year’s trade deadline.

Dahlen scored 44 points in 25 games with Timra IK of Sweden. Additionally, he registered five goals and six points in seven games for the Swedish national team at the 2017 World Junior Championships. In 2014, Dahlen put up four goals and five points in five games at the Ivan Hlinka tournament, leading the team in scoring.

Dahlen was originally selected 42nd overall by the Senators in the 2016 NHL Entry Draft. He projects to start in the AHL with the Utica Comets in 2016-17.

The Canucks have announced the hiring of Travis Green as the team’s head coach. Green, 46, will become the 19th head coach in franchise history, replacing the recently dismissed Willie Desjardins. He has served as head coach of the Utica Comets (Vancouver’s AHL affiliate) over the past four seasons, accumulating 155-110-39 record in the process. In 2014-15, Green led the Comets to a spot in the Calder Cup Final.

Green spent 14 seasons as NHL forward, putting up 455 points in 970 contests. He spent time with all of the New York Islanders, Phoenix Coyotes, Toronto Maple Leafs, Anaheim Ducks, and Boston Bruins. He was drafted by the Islanders in the first round (23rd overall) of the 1989 NHL entry draft. Before he joined the Comets, Green served as head coach of the Portland Winterhawks. There, he led his team to a WHL Championship and a berth in the Memorial Cup. He was originally an assistant coach and general manager of the Winterhawks. Green was born in Castlegar, British Columbia.

Canucks Have Options at Fifth Overall

The draft lottery was nothing short of a disappointment for the Canucks and their fans, dropping from second to fifth overall. After a mostly unexciting and horrendous season from the team, missing out on a cornerstone such as Nico Hischier or Nolan Patrick is a major letdown for many. That said, it’s not all bad, as the franchise still has some promising options with their fifth overall selection. 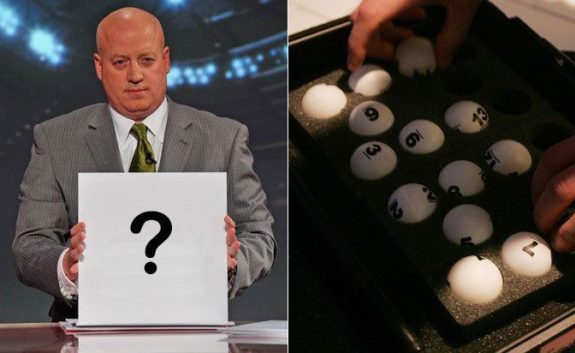 In terms of player availability, it seems unlikely they’ll find the next franchise player. However, there are some respectable possibilities, ones that could make a significant impact on the club. Centreman Casey Mittelstadt brings speed and skill to the table, something the Canucks are greatly lacking. General manager Jim Benning has shown a keen interest in Mittelstadt, making him a very real possibility to join the Canucks. Cody Glass, also a centre, demonstrates strong offensive upside while Gabe Valaradi blends offence with size. Any one of these players would provide the Canucks with a strong one-two punch up the middle (alongside Bo Horvat). There’s also the possibility the Canucks take one of the draft’s stronger blue liners at number five. Any of Miro Heiskanen, Timothy Liljegren or Cale Makar may be available for the Canucks to take, and would make fine additions to a defense core already containing Olli Juolevi, Troy Stecher, and Ben Hutton.

There’s also a chance the Canucks choose to trade down from five. This would allow them to stockpile mid-to-late round picks in what is widely considered a draft with little separation of talent. Whatever the case may be, selecting fifth overall is not the end of the world for the Canucks. Disappointing, absolutely, but far from the worst position to be in.

Olli Juolevi Will Be Given Every Opportunity

The Canucks’ management group has taken great pride in building a strong core of young defenders. Despite fans feeling the team is a step behind in the rebuild process, president Trevor Linden and general manager Jim Benning have expressed an enthusiasm regarding the next wave of defenders. However, the departure of Nikita Tryamkin to the KHL has thrown a wrench into the Canucks’ future plans. Tryamkin projected as a major piece not just going forward, but as early as next season. His leaving the Canucks opens the door for premier prospect Olli Juolevi to make the jump early, and develop into a key figure for the team.

While Juolevi was already likely to make the team, he appears to be a near lock at this point. However, what will be interesting is the capacity in which he is used. His minutes project as being sheltered at the season’s start, but could easily grow with time and development. As it stands, the blue line lacks many true puck movers, with the exceptions of Troy Stecher and Ben Hutton. Juolevi brings a profile of mobility to the table, meaning he may get more minutes faster. He may also begin to be used on a second unit power play under the right circumstances. While the Canucks don’t want to rush him, it appears as though the 2016 fifth overall pick will be headed towards a rookie season full of opportunity.

Top five options for the Canucks at fifth [The Canuck Way]

Three upsides to the Canucks picking at fifth [Vancover Courier]

Three players the Canucks could select at number five [CanucksArmy]