‘The Nuck Stops Here’ is a Vancouver Canucks news, opinion and analysis column that runs every Monday throughout the regular season. Please note that this week’s article marks the first of a schedule change for ‘The Nuck Stops Here’, as posts will begin being published on Mondays as opposed to Sundays.

Over the course of the past few days, a multitude of Canucks have been diagnosed with the mumps. The list of players hit with the disease includes defencemen Chris Tanev, Troy Stecher, Nikita Tryamkin, and forwards Michael Chaput and Markus Granlund. Since the diagnosis, both Stecher and Tanev have graduated from the quarantine stage and appear ready to play Tuesday against the Detroit Red Wings. In an unrelated incident, Luca Sbisa left the team’s bench Saturday against the San Jose Sharks due to symptoms of the stomach flu.

Due to the diagnoses, the club recalled forward Alex Grenier and Joseph LaBate, as well as defenders Jordan Subban and Evan McEneny from the AHL’s Utica Comets. Grenier has played six career NHL games prior to the call-up, while LaBate had played three. The call-up also resulted in McEneny’s NHL debut, while Subban has yet to partake in a contest.

The Canucks have been among the most talked about teams heading into this year’s trade deadline, and for good reason. Up until recently, the club was in-between playoff contention and full-on rebuild mode, leading to a vast amount of uncertainty surrounding deadline implications.

However, the path has been cleared as of late for the Canucks, and it appears as if a deadline of selling is on the horizon. The two most talked about pieces have been wingers Jannik Hansen and Alex Burrows, and for good reason, as the two are versatile and effective forwards. However, one cannot underestimate Ryan Miller, and the potential he has to be traded.

Despite a limited no-trade clause, a deal could still be worked out, specifically within the realm of the California teams, where the Los Angeles Kings have been thrown around as a potential destination. What he could land the Canucks is another question. Suggestions have ranged anywhere from a second round pick to a fifth, meaning a trade could come down to what management is satisfied with accepting.

Of course, there’s always the possibility that the Canucks keep Miller around. Should that happen, it would presumably be due to a lack of trust in backup netminder Jacob Markstrom. Miller is the wild card in the Canucks’ trade deadline plans and will be an intriguing piece to keep an eye on as March 1st approaches. (Please note that information may have changed by the time of reading).

Due to the recent mumps epidemic, 23-year-old prospect Joseph LaBate has received another shot at auditioning at the NHL level. After being selected 101st overall in the 2011 NHL Entry Draft, LaBate made his NHL debut earlier this season, partaking in three contests with the Canucks, and made the most of his most recent chance against the San Jose Sharks. LaBate laid a massive hit on forward Melker Karlsson, and followed it with an eventful fight against defenceman Brendan Dillon, establishing himself as physically capable of handling NHL level competition.

This, coming on the heels of a strong pre-season that put his name on the radar, makes LaBate’s case an interesting one going forward in Vancouver. With the likes of Alex Burrows and Jannik Hansen being dangled prior to the trade deadline, there will likely be openings in the Canucks’ bottom-six heading into next season.

Considering what LaBate brings to the table – a willingness to contribute high-impact hits – it’s conceivable that he earns a spot on the fourth line in 2017-18. The effort and the skill set is there. Now it’s up to the Canucks to allow LaBate to flourish. 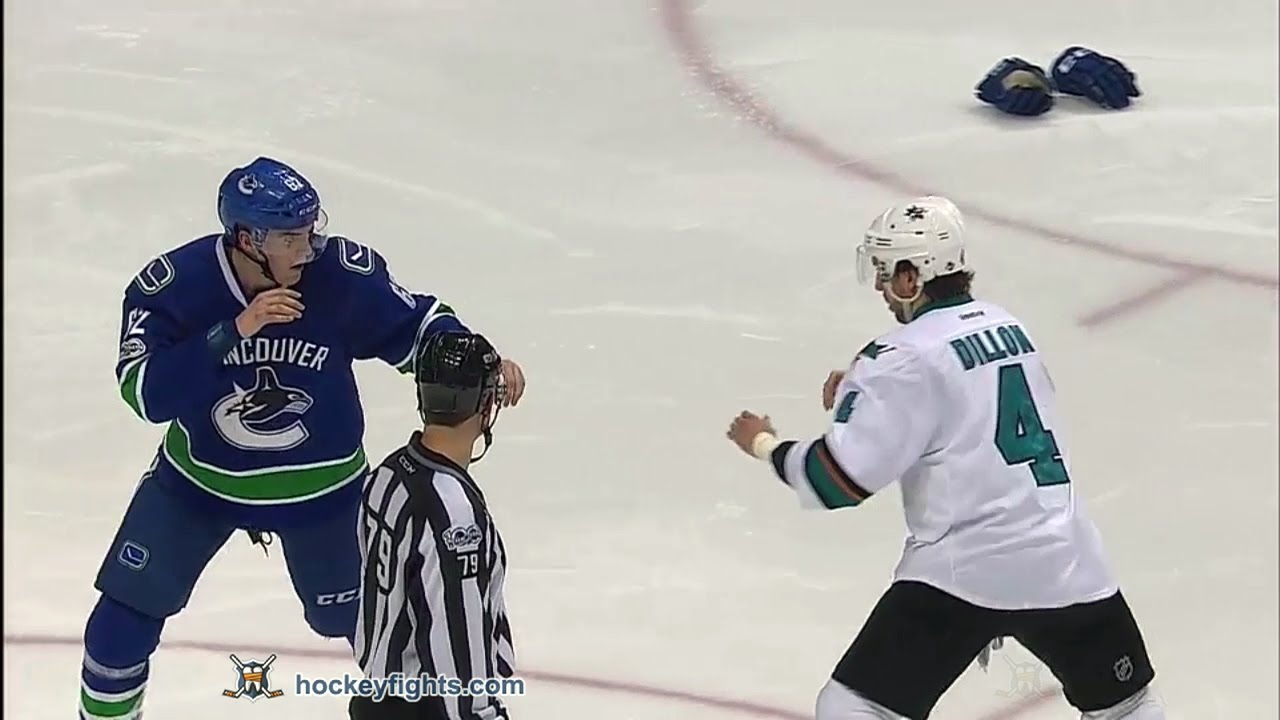 The Canucks have been selling the wrong storyline [The Province]

The Canucks’ retool was a failure, and now is the time to sell [National Post]

Jon Abbott’s analysis of the mumps, McEneny, and milestones [TSN]