It is that time again to get ready for this weekend’s edition of THW Live. The first two episodes had a healthy mix of what was currently going on in the hockey world and expect the third to be more of the same. As always, it is our goal to not necessarily minimize the current NHL Lockout but to emphasize what else is going on in hockey besides the current impasse. There definitely is a fight hockey fans and that fight is something everyone has to believe in. While not everything can be solved at once, it is our hope that we give the fans something to believe in during these trying times.

Sunday Night’s show will contain a powerful theme and message along with the same, unique debate that people expect from us. There are so many causes to champion but only several can get our attention on such a fast paced show. The sport of hockey will always be the first but sometimes even in life there are just causes that take so much more precedence. 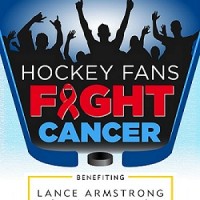 Fans come help us help those who really need it. (File Photo / THW)

October is normally “Hockey Fights Cancer” month for the NHL. With the lockout looking like it will last through at least all of October, Ross Bonander came up with an idea. This was something everyone could get behind and honestly we understand that other things are being planned and the NHL will have their “HFC” month when the league returns but what about now? That was when Ross created “Hockey Fans Fight Cancer”. Obviously the show comes at the perfect time and Ross will be coming on the show to explain to Josh, Jon, and I not only what he is doing but what we all can do to help. It is an idea that really has taken off in the last several days. Any donation is greatly appreciated ladies and gentlemen. That cannot be emphasized enough.

Now it is show outline time for Sunday and here is what is on tap.

So what will be doing on a Sunday night? Honestly we will be talking hockey at 8pm ET on THW Live via the Fantasy Sports Channel. The phone number to call in is at 1-347-826-7358 like it always is. We want to hear from the listeners and the chatters so make your voice known. Furthermore, no topic is really out of bounds. You can send tweets to @ChrisWasselTHW or just come into the Blog Talk Radio chat room. Expect a highly charged show as the withdrawal for some gets more while others appreciate the rest of the hockey landscape. It should be a really good one. Thanks again.