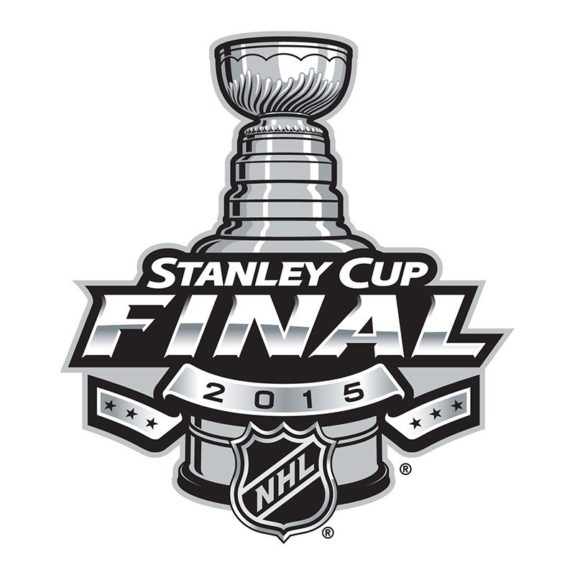 The Stanley Cup Final is set to get underway tonight. The Chicago Blackhawks will represent the Western Conference and go for Cup number three in the last six years. The Tampa Bay Lightning on the other hand came out of the Eastern Conference and will appear in the Stanley Cup Final for the first time since they won the Cup back in 2004, the only other time the Lightning made the Final.

Now the two teams, one Original Six franchise and one that has been around for less than 25 years, will come together for a chance to lift the Cup. Among the two rosters there is a mix of names that jump off the paper, role players, aged veterans, young studs and so on, but no matter the role, whichever team wins the Cup every player on that team’s roster will have likely played a vital part at some point of this season.

Before the puck drops on the 2015 Stanley Cup Final, let’s look at the top ten players playing for a chance to have their name etched on the Stanley Cup.

This is a no brainer. Nobody breathes post season dramatics like Kane. The two-time Stanley Cup champion has appeared in 110 playoff games and has recorded 47 goals and 111 points in those games.

Kane’s goals and points were not just empty netters late in games. Kane has a knack for the dramatics, scoring ten game winners over the course of his career in the post season. Kane knows how to find the back of the net and knows when to do it. One of those game winners eliminated the Los Angeles Kings in the Western Conference final two seasons ago, the Blackhawks went on to win their most recent Cup after that.

Another one of Kane’s game winners, I’m sure all Blackhawks fans remember fondly.

Johnson has burst onto the scene during this year’s playoffs and leads the league in post season goals and points with 12 and 21 respectively. Johnson is in the midst of his first extended run through the post season, he appeared in only four postseason games before this year.

Now 20 games into this postseason, Johnson is going into the Stanley Cup Final as one of the top offensive threats and is in Conn Smythe consideration. Not bad for a kid with just two full NHL seasons under his belt.

Speaking of the Conn Smythe, some would say Keith is the front-runner for the trophy going into the deciding round of the playoffs. Keith, two Stanley Cup rings, an Olympic gold medal and three-time All-Star, already has a resumé most could only dream of but what he has done this post season is on a different level.

Thanks to many of the Blackhawks’ games needing overtime and some instances more than one overtime, Keith is averaging just under 32 minutes of ice time a game, you read that right, 32 minutes. Keith’s name should be interchangeable with Iron Man because he seems unstoppable. Keith has four career playoff game winning goals and two of those came during this post season.

At just 27 Toews could be lifting the Stanley Cup for the third time in his career, all as Captain of the Blackhawks. On top of his two Stanley Cup championships, Toews has an Olympic gold medal, a Conn Smythe and a Selke Trophy. The four-time All-Star knows how to win, and he does it often.

Toews has earned the nickname “Captain Serious”, because when it come to hockey, for him it’s all business, and this style could get him his third Cup.

Jumping from one captain who has proven himself time and time again, to one who likely hopes to use this trip to the Stanley Cup Final to prove himself. The 25-year-old Stamkos has done a lot, he was selected first overall, has lead the NHL in scoring twice and has been an All-Star three times. But the Lightning’s Captain has never done one thing, lift the Stanley Cup.

This is Stamkos’ chance. This is his chance to put his name in talks with the NHL’s greats, a Stanley Cup would put his name, both figuratively and literally among the best of all time.

“The Triplets” has been a term embedded into these playoffs, and will be a major storyline of this year’s Stanley Cup Final. Kucherov is the second member of this trio, Johnson was the first, featured on this list and for good reason. Kucherov has scored nine goals during these playoffs, including three game winners two of those were overtime daggers.

Whenever Kucherov is on the ice he is an offensive threat. The kid has legs and he knows how to use them. But pair him up with Johnson and Ondrej Palat, the third member of the trio, and you can get a highlight reel goal at any moment.

Some may argue Shaw shouldn’t be on the list, especially at number seven when players like Marian Hossa were left off. Shaw may not have the offensive impact and his name might not be on the scoresheet as often as the other guys mentioned, but you can bet Shaw’s presence will be felt over the course of the Final.

Going into the fourth and final round of the playoffs, many fans may catch themselves thinking, “Bishop? Never heard of him.” Well it’s probably because you haven’t. At 28-years-old, Bishop has been back and forth between the NHL and AHL for much of his career until he found his home in Tampa Bay last season.

Now, in the first postseason appearance of his career, Bishop has seemed to settle into his crease. On the way to the Stanley Cup Final Bishop has posted two game seven shutouts, pushed his save percentage up to .920 and lowered his goals against average to 2.15. Not bad for his first time in the postseason.

Things couldn’t have played out any better for Callahan. The former New York Rangers captain is on his way to the first Stanley Cup Final of his career and eliminated his old team on the way. Callahan’s production hasn’t exactly been there during the playoffs, he has only scored one goal, but Callahan’s veteran experience in a young locker room, the youngest one to make the playoffs, likely overshadows his lack of production.

Hedman can be drawn up as basically the Lightning’s Keith. The number two pick of the 2008 NHL draft is going into the Stanley Cup Final with a plus-11 rating, behind only Keith. Averaging around 24 minutes a game, Hedman leads his team with 37 blocked shots through the first three rounds.