Today’s review of the Toronto Maple Leafs’ game against the Florida Panthers will be short and simple. From what I saw, the Maple Leafs played down to their opponent. They played young and confident, believing they could come from behind as they did against the Detroit Red Wings, but this time could pull out the victory instead of losing in overtime. Of course, they couldn’t and, they didn’t learn from their mistakes.

Here’s a rhetorical question: What does it take for a young team to learn that you can’t spot any team in the NHL, good or bad, a few goals and come roaring back to win? Is it youth? Is it personality with this team? In the long run (of this season), will it become the fatal flaw of this iteration of the Maple Leafs? Finally, mathematicians, if the Maple Leafs go to overtime every night and lose, will the single point they gain be enough to get them into the playoffs?

As far as mistakes go, other than only showing up in spurts, their biggest one – and they made it three times – was leaving the Panthers’ young star Aleksander Barkov alone. Barkov was, as head coach Mike Babcock noted, “the best player on the ice by 10 miles.” It was the third time when somehow Barkov found himself alone in front of a helpless Frederik Andersen, that led to the overtime score that sent the Maple Leafs towards New Jersey stunned from another defeat. 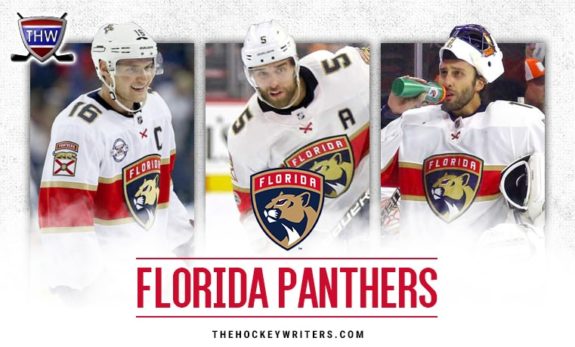 Barkov’s scoring abilities shouldn’t be a surprise. He’s been a point-per-game player for two years now. Somebody should know when he’s on the ice! Alas, it was almost as though they thought, “Let’s cover everyone else, but let’s leave Barkov alone.” By the way, is it just me, or does Barkov remind anyone else of a young Thomas Vanek?

In my posts, I have been raving about Mitch Marner, but tonight proved again that he is a rising young Maple Leafs’ star. He really did bring the Maple Leafs back on Saturday night. He made good passes all night long – one that might have led to a John Tavares goal, but didn’t. He also drew a penalty (but also took one). He consistently showed amazing stickhandling skills and scored twice. He played great defense, especially in overtime and, he and Tavares had something going in three-on-three overtime.

Working and living in Edmonton for so long, it was interesting to watch Wayne Gretzky turn from primarily a set-up guy to both a goal-scoring AND an assist machine. I’m not saying Marner is a Gretzky reincarnation, but every once in a while he has that same look about him.

Related: Should the Maple Leafs Trade Marner? Not Even for Crosby

Morgan Rielly needs to keep shooting from the point.

Andersen didn’t play as badly in goal as the score suggests.

We’re not talking any more about William Nylander’s fitness level.

The Maple Leafs almost won this game. Until they left Barkov alone for his overtime winner, they controlled play in overtime. They are young and need to be smarter. They aren’t there yet. This is going to be an interesting season and it might take the Maple Leafs all of the regular season to gain the mental acuity they need to match their physical skills.

Their mistakes are fixable and if they continue to show the kind of firepower on offense that they so easily muster up (although these days it mostly comes too late), they will go far. I am both frustrated and hopeful.