VANCOUVER — For years, Josh Leivo fought for a permanent roster spot with the Toronto Maple Leafs.

Now the 25-year-old left-winger is playing big minutes with some of the best young athletes in the game — albeit in a Vancouver Canucks uniform.

So far the transition has been smooth.

“It’s a young group of guys, very light and fun in the room. So that was easy to come into,” Leivo said on Saturday. “And on the ice, everyone looks like they want to win.” 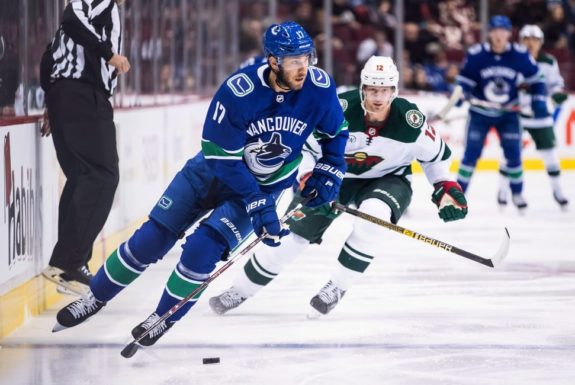 As the Leafs closed in on a deal with William Nylander earlier this month, Leivo’s spot on the fourth line seemed in jeopardy. Toronto general manager Kyle Dubas had promised to find another home for the Innisfil, Ont., native if he wasn’t going to be a constant in the Leafs lineup.

And so it came to be on Dec. 3 when Leivo was dealt to Vancouver in exchange for Michael Carcone. The 22-year-old forward has 17 points in 22 games in the American Hockey League this year.

The Canucks had their eye on Leivo for awhile, general manager Jim Benning told reporters after the trade.

“He’s a guy that is smart, he’s got good offensive instincts, he’s got — we think — a real good release on his shot,” he said. “We’re excited to get him.”

Leivo slotted into the Canucks lineup on Dec. 4 and immediately made his presence known, scoring on his first shot in a Vancouver uniform.

In his first five games with the Canucks, he’s put up two goals and an assist, and averaged 14:50 in ice time. He had six points (four goals, two assists) in 27 games for the Maple Leafs this season.

Moving up to a top line left Leivo “a little shaky” at the end of his first game in Vancouver, but he said he’s adjusted quickly.

“Hopefully I can continue to keep the minutes up and continue to contribute in the points column,” he said. 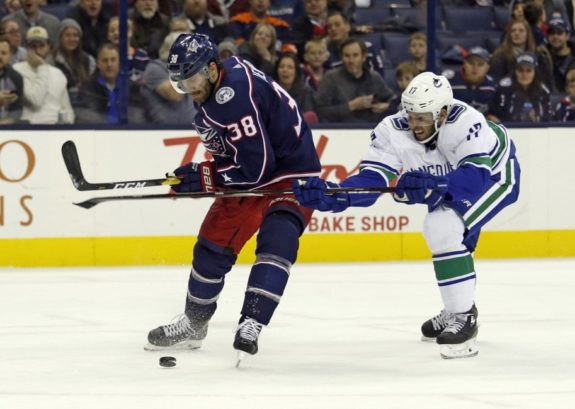 The new addition coincided with a turn in fortune for the Canucks, who went on a seven-game losing skid in November. Vancouver has taken seven points in its past four games.

Leivo’s been playing on a line with right-winger Brock Boeser and centre Elias Pettersson, who are both known for putting up highlight reel worthy goals.

“I just want to keep it simple and get to the net for them, hopefully create a little bit of space and let them play around with the puck and we can get some points,” Leivo said.

The former Leaf has brought “a ton” to the line and the trio is starting to develop some good chemistry, Boeser said.

“You can see his shot. His shot’s awesome. But he works hard and he can control the puck down low. So he’s been a pretty good third guy with Petey and I.”

The line has been dominant this season, thanks to big numbers from Boeser and Pettersson.

Whether Leivo will continue playing with the dynamic duo is up to him, said Canucks head coach Travis Green.

“We’re putting him in a spot that we hope he can succeed in. It’s a pretty good opportunity when you’re playing with (Pettersson) and (Boeser). That’s a spot that I think a lot of people in the NHL would love to have,” he said.

“And so far he’s had some glimmers of what we want to see.”

Green said he’s liked a lot of what he’s seen from Leivo so far but also thinks there are areas where he can still improve.

“Open communication with players and new players is important in pushing them to be their best,” the coach said.

Playing with Boeser and Pettersson is a bit of a confidence boost, Leivo said, but he’s still focused on his own role.

“Obviously I still have to contribute my part,” he said. “They’re doing their thing, they’re flying around out there. But at the same time, I’ve got to get in there and get the pucks for them and play my game.”