Since the start of the New Year, the Washington Capitals have solidly stood their ground at their home arena, Verizon Center — making it a difficult place for opponents to play at.

The Capitals’ most recent 2-1 home win against the Edmonton Oilers has propelled the team to a 13th straight victory at Verizon Centre to tie a franchise record previously set in 2010. With the New Jersey Devils being Washington’s next scheduled opponent, there is a likely chance that the streak can go to 14.

Currently under the ownership of Monumental Sports and Entertainment, Verizon Center derives its name from its sponsor company, Verizon Communications. Construction on the facility broke ground in 1995 and was open to the public on Dec 2, 1997. Currently, the Capitals share the place with the NBA’s Washington Wizards and the WNBA’s Washington Mystics. The newly formed Washington Valor of the AFL will also be calling Verizon Center home starting this year.

Since its official opening almost two decades ago, Verizon Center has long been the site of Capitals fan pride. The Capitals’ three longest home winning streaks are just a few of many proud moments at Verizon Center.

The 1998 Stanley Cup Finals is easily one of the Capitals’ most memorable highlights at Verizon Center, despite that the final result wasn’t really what the team or the fans wanted.

Up until the 1997-98 season, Washington’s best playoff performance was in 1989-90, when the team managed to make it to the Wales Conference Finals. In every other season, the Caps had never made it further than the second round. The 1996-97 season was a big disappointment — as the Capitals failed to make a playoff appearance for the first time in 15 years.

After many disappointing exits from the playoffs, 1998 became a turning point — it was the one and only time that the Capitals managed to make it to the Stanley Cup finals. Unfortunately, Washington had a big obstacle standing in the way — the Detroit Red Wings, who were the defending Stanley Cup champions. After falling two games behind to the Wings at the Joe Louis Arena, the Caps were eager to make up some ground, only to succumb to a sweep in the last two games at home.

The Caps might not have had the chance to hoist the Cup at Verizon Center that year, but for the fans, it was the best season that they had seen up to that point. More remarkably, Verizon Center was still very much in its early years of existence when the Stanley Cup finals happened.

The Capitals have been home to many outstanding scorers over its 43-year history in the league. Amazingly, two of Washington’s most notable scoring records were broken at Verizon Center.

On Apr. 5, 2003, Peter Bondra crowned himself as the Capitals’ new points leader when he picked up his 790th point with Washington, surpassing a record belonging to future Hall of Famer Mike Gartner. Bondra finished his time in D.C. with 825 career points.

More than 11 years later on Nov. 4, 2014, Russian superstar Alex Ovechkin would take Bondra’s title from him in a match-up against the Calgary Flames. Midway into the first period, Ovi rifled a powerful shot from the point that deflected off the stick of teammate Nicklas Backstrom. Although Washington fell to Calgary 4-3 in overtime, it was a night to remember for Ovi and his fans. 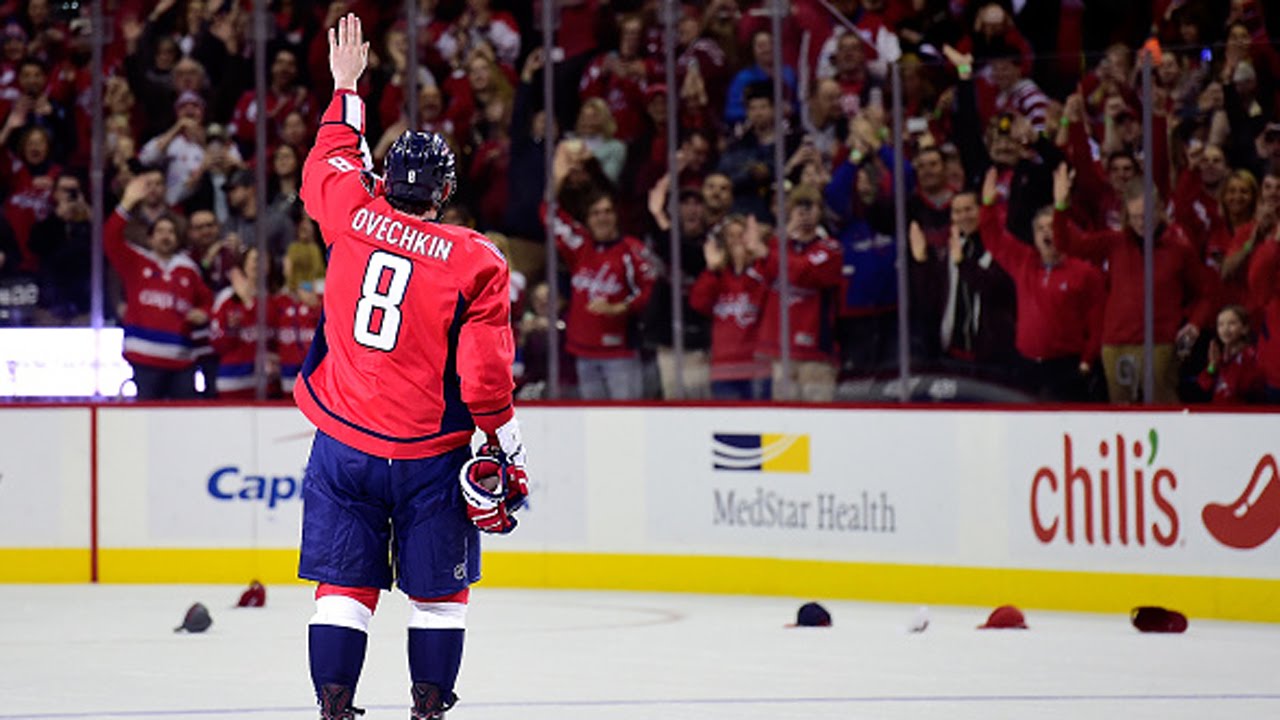 Speaking of Ovechkin, two other pivotal moments in his career also happened at Verizon Center. On Jan. 10, 2016, Ovi brought a home crowd to its feet when he hammered home his 500th career goal in a game against the Ottawa Senators. His goal came as a one-timer on a Washington power play that put the Caps ahead 5-1.

Almost exactly a year later on Jan. 11 of this year, Ovechkin became the 37th player in league history to reach the 1,000 mark in career points. This time, Ovi picked up his goal thanks to a turnover in the Caps’ defensive zone that ended in him scoring from the right circle. His moment to triumph didn’t end there — in the next frame, he tallied his second goal of the game.

In its slightly under 20 years of history, Verizon Center has already been a paradise for Capitals fans on several occasions and there are certainly more of these chances awaiting in the future.