After re-signing John Carlson, Tom Wilson, and Brooks Orpik, it appeared that Capitals general manager Brian MacLellan’s offseason work was done. They were slated to bring back their entire Stanley Cup winning roster, save a backup goaltender and a fourth line center.

Then, seemingly out of thin air, they inked the 25-year-old Russian winger to a one-year contract worth $925,000.

While the Caps’ forward ranks’ only departure came on the fourth line, Shumakov’s potential is certainly higher than that of a fourth line plug-in. He is an undeniably skilled player. In Shumakov’s most recent KHL season, he notched 40 points in 47 games. For reference, in his final full KHL campaign, Capitals center Evgeny Kuznetsov scored 44 points in 51 games.

Only time will tell if this skill will translate to the NHL, where the ice surface is smaller and the playing style is more physical. But from the Caps’ top line to the minors, there’s an argument to be made for Shumakov to slot in just about anywhere.

As noted, Shumakov certainly has talent. Beyond his numbers, a simple search of his name on YouTube will reveal several instances of him finessing through defenses and scoring in creative fashions.

The challenge for him will be maintaining this magic at hockey’s highest level. A major asset in this effort could be the aforementioned Kuznetsov. Kuznetsov himself faced initial struggles adapting from the speedy, skill-driven style of the KHL, to the physical, tight-checking NHL game. The experience of overcoming these struggles and blossoming into a star could make him an invaluable mentor to Shumakov.

If Shumakov is able to adjust like Kuznetsov did, there are spots for him to land in the top-six.

Perhaps Wilson will struggle out of the gates on the top line with Kuznetsov and Alex Ovechkin. Capitals head coach Todd Reirden could elect to replace Wilson, who plays more of a defensive, space-clearing role, with someone whose skill better matches that of Ovechkin and Kuznetsov. Shumakov may be an option in this scenario.

Up-and-comers Andre Burakovsky and Jakub Vrana commonly occupied the wing on Washington’s second line last season — the Capitals often used them as interchangeable parts. If Shumakov demonstrates that he could be at least as effective as these two, there won’t be much hesitation to add a third seat to the carousel and experiment with him in that role.

If Shumakov does not show the prowess necessary to break into the top-six, he could still be an asset on a depth line.

The Caps’ third line was often an offensive threat last season. The odd man out of the Burakovsky-Vrana second line rotation usually landed here. Former first-round pick Lars Eller still shows flashes of the offensive aptitude that once made him a top prospect at center. In June, it was the third line that connected for the Caps’ Cup-clinching goal. 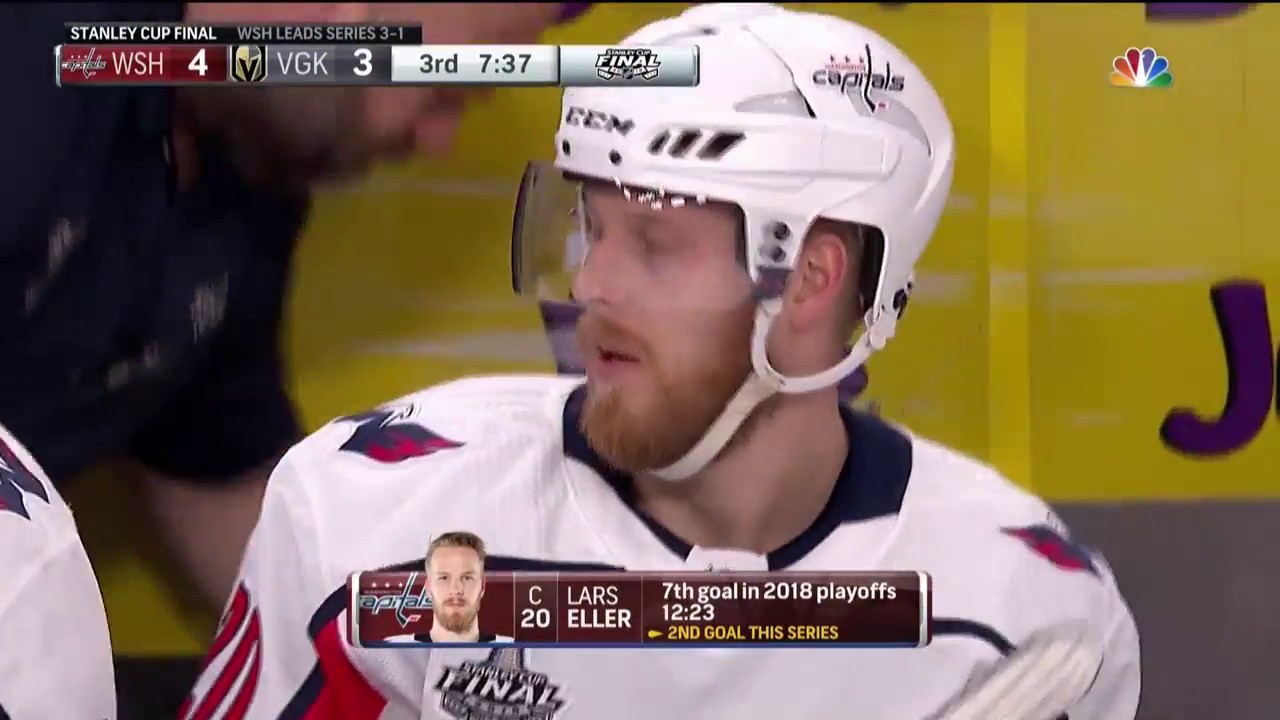 Right-winger Brett Connolly has scored some tremendously important goals for the Capitals, but Shumakov may be a more purely offensive player. If the Caps want to lean into the offensive orientation of this third line, Shumakov could replace Connolly.

The fourth line in Washington is slated for an injection of youth. In today’s NHL, ‘youth’ is synonymous with ‘speed.’ On the fourth line, defensive responsibilities are unavoidable. But if Shumakov can handle these responsibilities, his skating could nicely compliment the youngsters that step into the Capitals’ bottom trio.

Shumakov a Good Gamble for Washington

The worst-case scenario for both the Capitals and Shumakov is obvious: Shumakov is unable to adapt his offensive play to the tighter playstyle of the NHL, and cannot handle the defensive responsibilities of a bottom-six forward. This would render him useless on an NHL roster.

If this occurs, Shumakov’s road leads to Hershey and the AHL. From there, he wouldn’t be in the Capitals organization for long. Given his successful KHL career, Shumakov would almost certainly return to Russia or try his luck with another NHL squad over spending his prime in the minor leagues.

Despite the possible downside, signing Shumakov was a safe bet by MacLellan. The best-case scenario? Shumakov becomes the newest Artemi Panarin. His offensive upside carries over to the NHL ice and he becomes a highly sought after NHL talent. The worst? Shumakov is a liability in Washington, and gets buried in the AHL. There, his meager $925,000 salary isn’t likely to weigh down the Capitals from a personnel standpoint.

In the risk/reward equation, the reward far outweighs the risk.