When the Edmonton Oilers signed Jonas Gustavsson this summer, they did so because they didn’t feel comfortable trusting goaltending prospect Laurent Brossoit with the No. 2 job just yet. The 23-year-old showed some warts late in the year and management felt he needed more development time. Fast forward 32 games into the season and Brossoit is thriving in the AHL looking ready for NHL duty, while the Gustavsson signing has been questionable from the start.

Through the six games Gustavsson has played this season, the Oilers have only mustered three of a possible 12 points and the 30-year-old veteran has a 2.90 goals against average (GAA) and a 0.893 save percentage (SV%). Hardly the numbers Oilers GM Peter Chiarelli and the brain trust were expecting when they signed the veteran.

It’s also been left to speculation how much faith head coach Todd McLellan has in Gustavsson, seeing that the team’s No. 1 in Cam Talbot is on pace to play 72 games this season. Considering the league’s busiest goalie last year was Los Angeles Kings starter Jonathan Quick (68 games) and that Talbot has never played more than 56 games in a season, the Oilers desperately need to address their backup job.

So what do the Oilers do with an underperforming Gustavsson? 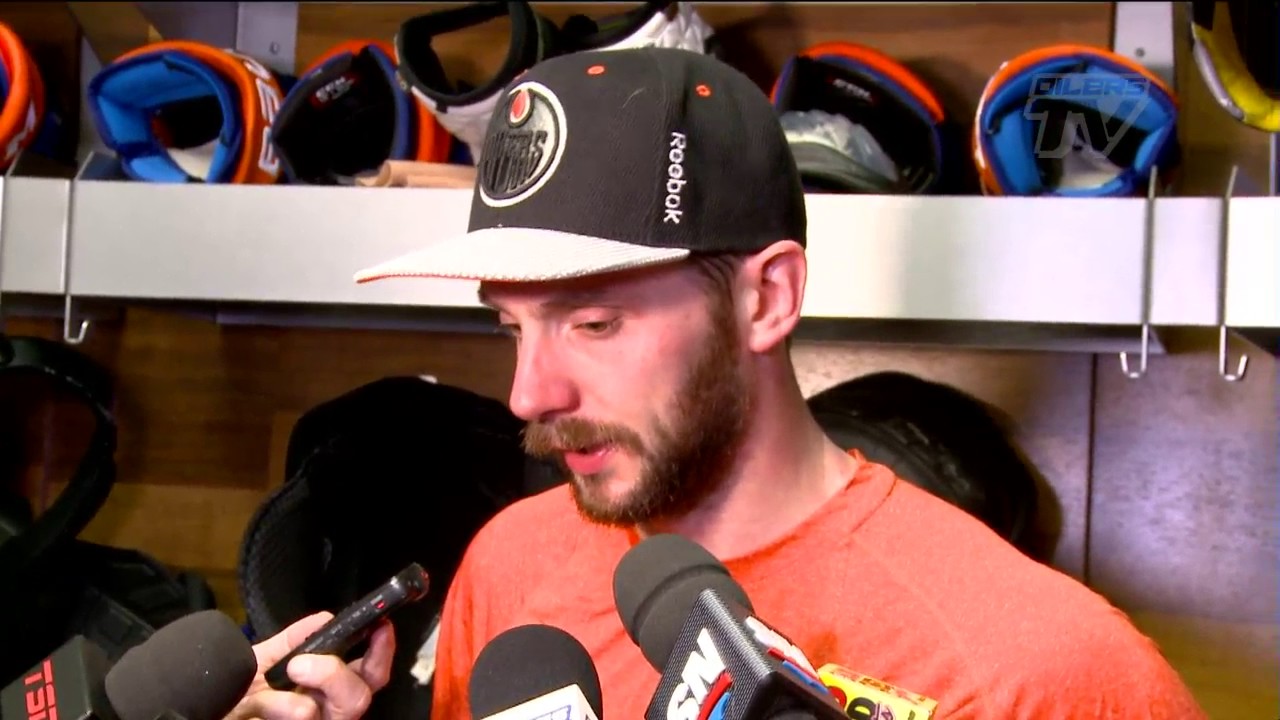 Keeping all eyes on the ball, Brossoit as the Oilers No. 2 should still be the long term plan. He’s shown tremendous poise this season and has been one of the few bright spots on an underwhelming Bakersfield Condors team.

The Condors struggle to score goals and have been one of the weakest scoring teams in the AHL, but they’ve been able to stay in games and have a chance to win thanks to Brossoit and backup Nick Ellis.

An AHL All-Star last year, he’s been the Oilers best goaltending prospect for quite some time now. Regardless if it happens today, tomorrow, next week or a few months from now, Brossoit is ready for the Oilers No. 2 job and needs to be here full-time next season. He’s earned that right.

If you’re looking at the top AHL goaltenders with a minimal of 10 games played, Brossoit is a top five goaltender in that league right now. Last year he was among the top ten statistically speaking.

Brossoit still has another year on his contract, a cap friendly $750,000 deal and it’s time to bring this kid up at some point here and let him have a chance to succeed. Sending Gustavsson down exposes him to waivers, but if he clears it still gives the Condors a motivated goaltender looking to make his way back to the NHL.

Trade Gustavsson, Bring in Another Veteran

Another option is to move Gustavsson and bring in another veteran backup, but one on an expiring contract. This makes the most sense if the Oilers are still in the playoff hunt when the trade deadline comes around.

If there is a certain comfort level with letting Brossoit finish out the year with the Condors, bringing in placeholder with an expiring contract gives the organization two benefits; 1) a reliable backup to give Talbot some much needed rest down the stretch and 2) assurance that Brossoit is going to see some heavy minutes in the AHL.

Come April they may well need every single point they can muster. The longer they wait, the more likely it is that some poor Gustavsson start becomes the difference between the postseason and the golf course.

Let’s go ahead and skip the bigger names available this summer like; Ryan Miller, Ben Bishop, Jonathan Bernier, Steve Mason, Ondrej Pavelec and Brian Elliott. The focus should be on real No. 2 goaltenders available with affordable contracts that’ll expire this summer.

If Chiarelli wanted to grab a veteran soon-to-be UFA, the market isn’t very deep and just a handful of names that would make sense. That said they all have warts of their own, just like Gustavsson. Would you feel more comfortable with one of these options instead of Gustavsson? 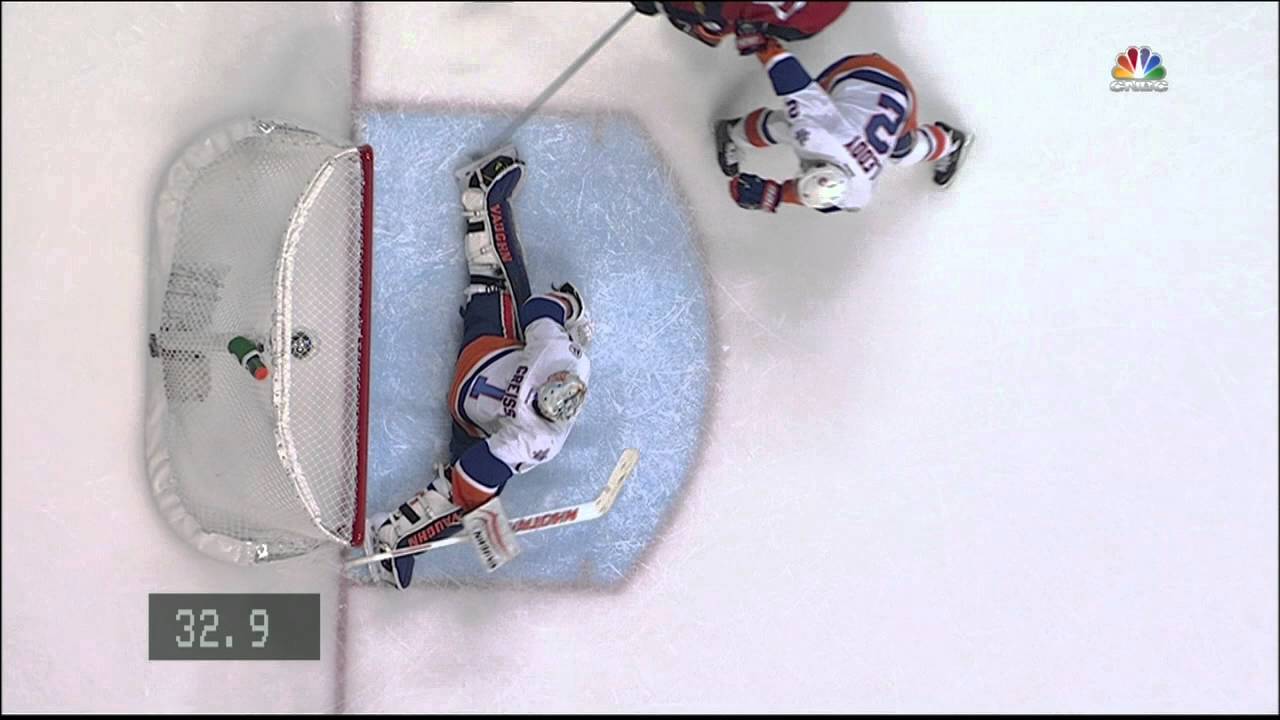 Trust in Gustavsson to Find His Game

Lastly, the Oilers can just give Gustavsson some professional courtesy and hope that he finds his game. He needs to show he can be trusted to relieve Talbot who’s become a workhorse in Edmonton’s crease. If the Oilers are going to have any shot at the playoffs they’ll need to someone to step in between the pipes whenever Talbot needs a break.

So far Gustavsson hasn’t proven himself to be capable of that. This season 72 goaltenders have played in the league. On that list, Gustavsson ranks 48th in goals against and 60th in save percentage. Not exactly trustworthy or awe-inspiring numbers from what was supposed to be a veteran NHL backup.

That said Gustavsson is just a dozen points off where his career save percentage (0.905 SV%) has been. So has he been horrendously bad or is this a case of what you see is what you get?

With Nick Ellis likely ready to take over the Condors starting duties with Brossoit coming up to Edmonton and Eetu Laurikainen looking for regular AHL minutes, the Oilers crease plans for 2017-18 are already penciled in. Gustavsson is a placeholder right now as the Oilers backup, but the question is if he’s the right placeholder.