The Leafs (0-2-1) are back after a long layoff and they will face the Blue Jackets tonight in Columbus. The Jackets are off to a brutal start in which they were outscored 20-9 and lost four straight games.

Most people considered the Blue Jackets – after their great run to end last season – to be among the favorites in the Metro this year, but it’s not looking good. Especially bad has been all-star goalie Sergei Bobrovsky, who gets the start tonight. Reimer goes for the Leafs.

The good news? Someone’s going to get their first victory of the season. 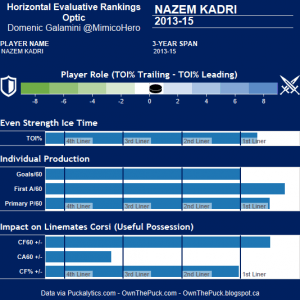 The Jays are playing the Royals in game 1 of the ALCS and the Leafs and Blue Jackets co-share the Eastern Conference basement with a combined record of 0-7, so why in the hell would anyone care?

Well I can’t speak for anyone else, but if this was the Leafs of last season – who I constantly complained were stuck in the “not-rebuilding but not bad enough to get McDavid” no-man’s land at this time last year – then I wouldn’t be watching tonight.  However, watching the Jays rebuild come to fruition only has me more excited about the Leafs’ rebuild.

Sure, it’s going to be a long and frustrating road back to competitive hockey, but if we ever see anything fractionally close to what the Jays provided on Wednesday, it will be well worth it – and the fact is, if you don’t go through the boring/crappy parts, the good parts aren’t as sweet. Clearly, this means any Leaf victory will be so sweet as to produce mass hysteria, thanks to the checkered and mostly pathetic recent team history.

So, I say it’s worth it to see how the Leafs come out tonight. Kadri, Gardiner, Rielly and Harrington (back in the lineup tonight. Praise be!) all are likely to be here when the Leafs are eventually good, and their growth as players is to me the main reason to watch this team, even on nights when there are clearly better options.

As I mentioned, the Leafs will go with Reimer (and he deserves it, having been the better goalie so far) and the Jackets with Bobrovsky.

On the bad news front, the Leafs will continue with Roman Polak, even though I think Marincin is the better player (turns out they are not that concerned with my opinion!) and Frank Corrado is yet to get into a game.

I like these pairings. Gardiner up at the top is something I’m very happy to see, and I think Hunwick and Rielly will prove to be good as well. I’ve liked what Hunwick has brought so far and playing him with Rielly can only make him better.  Also, I think Harrington is one day going to make the Kessel trade look so much better than it currently does, and I am glad he’s back in.  Can’t wait until they can get Percy up here too, but I haven’t heard much trade chatter outside of the constant Dion rumours.

Looks like Arcobello is out in favor of Matthias. I like the idea of Komarov getting some higher in the lineup minutes, especially since he seems to help Bozak’s game immensely. Matthias does have some scoring power and Boyes does too, so this could be a good line for Kadri. The Leafs won’t have last change tonight, so it will be interesting to see how Columbus deploys their lines against them. The reporters might write it out like the Bozak line is the first line, but I have to say that, at this point, whatever line Kadri is on should be considered the first line – since that’s who is going to score for this team.

It’s somewhat funny that the Leafs play the Blue Jackets tonight and the Penguins tomorrow since the papers are filled with Kessel and Clarkson story lines. Honestly, neither player has been gone long enough for to miss (especially Clarkson who had the worst home coming since Carrie) and I could not care less about either player playing his old team.

To me, the most interesting thing about this story is how boring hockey players are in interviews.  Guess what? Neither player regrets their time in Toronto and both are feeling pretty good now.  Good times!

Dubas was interviewed today by CTV’s Norman James, who is an excellent guy to follow for any Leafs related needs you may have. You really should listen to the interview, but the most important thing (to me, anyways) was Dubas basically says “No one in this organization is thinking short-term.”

Thank the Deity of your choice for that.

"With Brendan, I never question anything."
Kyle Dubas, on Lou getting the #Leafs GM gig
The latest NJIS is up now: http://t.co/2or80t2y4v