Which teams were on top back then and which would be best if the tournaments would be re-played now? What happened to some of the players who stood out in the WJC but never made it from there? We have the answers.

This is the second and final part of the World Juniors throwback. Part one was published a few days ago and focused on the years 2005 to 2009. 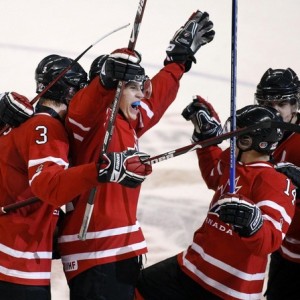 The year of unexpected events, as far as the World Juniors goes. Canada didn’t win, Russia didn’t even make it to the semi-finals and Switzerland took everybody by surprise when they ended up in fourth place. Looking back at it now, this was a tournament with a lot of good quality players who have entered big roles in the NHL.

With twelve points (six goals and six assists) in seven games, D’Amigo played a big part in securing the gold medal for the United States. But then what happened? While many of the other Americans, such as Derek Stepan, moved on to the big stage, D’Amigo’s career didn’t pan out the same way. After a modest total of 31 NHL games for the Toronto Maple Leafs and Buffalo Sabres, the two-way forward now plays for Ilves, Finland.

Just barely above team Canada, team Russia arguably has the best set of players from the 2010 World Juniors today. Apart from superstars like Tarasenko and Kuznetsov, there’s also depth in players such as Dmitri Orlov, Alexander Burmistrov and Nikita Zaitsev from this tournament. Note, however, that Russia was eliminated by Switzerland in the quarter-finals. A lot can happen in six years.

Both in the quarter-finals and semi-finals, Russia squeezed through after overtime wins and then went on to win the whole thing over Canada, who lost their second consecutive final. Apart from that, this is remembered as the tournament where Brayden Schenn dominated the top scoring standings, with 18 points in seven games. No other player came even close to those numbers.

Even though Russia had Artemi Panarin (one of their biggest profiles today) he was overshadowed by Kitsyn in this tourney, scoring nine points in seven games. But Kitsyn never lived up to his potential or expectations. After struggling to even get in the lineup in the AHL, he returned home to Russia in 2016 after three seasons of ECHL hockey. Today he’s found in the KHL, where he’s only played two games this season.

As good as the year before, but only better.

Mika Zibanejad’s game-winning goal in the overtime of the final against Russia is already considered a historic moment in Sweden, who then won their second WJC title in history. The accomplishment appears even more impressive when you look at the players that took part in that year. Many of them are important figures for their respective teams in the NHL right now.

He was Sweden’s top scorer with nine goals and a total of 11 points in the World Juniors but compared to his team-mates, Friberg didn’t see the same bright future from there. Perhaps cursed by his small size of 5’10”, he has failed to secure a spot on the Anaheim Ducks roster. On the other hand, he’s an appreciated player for St. John’s IceCaps in the AHL, where he’s even been rewarded the team ‘C’.

A close call between Russia, again, but the gut feeling is that Sweden has a little more depth on their side, and therefore would end up as the winning team if the tournament were to be replayed in current fashion. 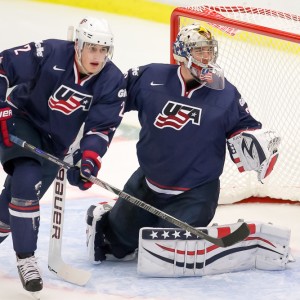 When you finish the playoff stage with a total of 15-2 in goal differential, spread over three games, you rightfully deserve to be called the champion. That was the case for the United States this year, as they followed through with sheer dominance. This was arguably the best roster that team USA has had for the World Juniors so far during the 21st century.

Player’s Fate: Niklas Lundström. Another Swede here, even though it should be noted that it wasn’t easy to pick out any player that has turned out a disappointment after this tournament. However, this goaltender showed great promise after ending the tournament with a save percentage of 94.39 and a goals-against average of 1.60, over six games. Despite that, Lundström has never played in the NHL up to this day. Instead, he currently belongs in Björklöven in the second league of Sweden.

Another Swede here, even though it should be noted that it wasn’t easy to pick out any player that has turned out a disappointment after this tournament. However, his goaltender showed great promise after ending the tournament with a save percentage of .944 and a goals-against average of 1.60, over six games. Despite that, Lundström has never played in the NHL up to this day. Instead, he currently belongs in Björklöven in the second league of Sweden.

Best Team Today: USA. They won supremely then, and they would probably do the same now. The American future, as displayed mostly in Team North America at the World Cup of Hockey in 2016, has its deepest roots in the World Juniors 2013. And we will see many of those players carry the flag of the national team for many years to come. 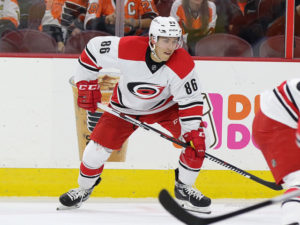 One of our modern day’s most promising up-and-coming generations is found in Finland. Patrik Laine, Sebastian Aho and Jesse Puljujärvi all blossomed last year, but the WJC 2014 was where the first seed was planted. Finland won the gold medal after Rasmus Ristolainen’s game-winning goal in the final against Sweden, but that was only the beginning of something even bigger.

It’s easy to land focus on the Finnish team of this tournament, even in this category. Mäenalanen scored the most goals out of everyone, seven in seven games, but we haven’t really heard from him since then. Drafted by the Nashville Predators in 2013, he’s yet to make an appearance in the NHL or the AHL. For now, he remains put in Finland, playing for Kärpät in the top division.

As opposed to the year before, the World Juniors in 2014 didn’t really shine in having many big names on the rosters. But Canada still had the best one based on today’s standard, with basically Connor McDavid as the sole top-class player.

The years 2015 and 2016 was cut from this summation because they were played too recent in time to fit in the throwback concept. With that said, we will have reasons to update this list in a few years time.