It’s near the 2017 World Junior Championships, and as every year the excitement is all around us. We have seen many times before that the World Juniors indeed is the tournament where future hockey stars often shine for the first time. But the fascinating part is that it isn’t always the stars we expected who end up doing it.

As a reminder of what has been, this piece gives you a throwback to each of the WJCs between 2005 and 2009. We will find that maybe we don’t remember them as we thought we did, and now that we know how every player turned out, some surprises will surely strike us.

This is the first of two parts that focus on the nostalgia of this tournament. The second part will shed new light on the years between 2010 and 2015 and will be posted on The Hockey Writers before the 26th of December.

My word, what a year this was. Just by looking at the names mentioned below, we can recognize some of the best hockey players of the 21st century. Canada won the tournament with ease and beat Russia 6-1 in the final, which probably says it all. The most remembered duel of the 2005 World Juniors was between Sidney Crosby and Alex Ovechkin, which has continued up to this day. It really makes you wonder if time does stand still after all.

Player’s Fate: Marek Schwarz. The Czech goaltender almost single-handedly got his team the bronze medal. Schwarz was voted in the tournament’s all-star team as the best goaltender above both Cory Schneider and Tuukka Rask. But the 17th overall draft pick by the St. Louis Blues only played four NHL games before returning to Europe. He currently plays for Orli Znojmo in Austria.

Best Team Today: Canada. You’re looking at the core players who have been the backbone of the Canadian senior national team for almost a decade by now. 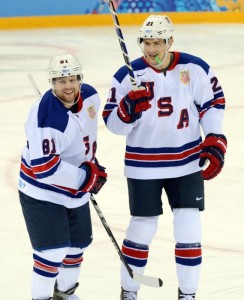 Compared to the year before, the 2006 World Juniors didn’t have the same star quality. But Canada’s dominance hadn’t changed. On home turf, the team defeated Russia 5-0 in the final after beating Finland with 4-0 in the semi-finals. So why wouldn’t the same Canadian team win today? Well, only two Canadian players took place in the tournament’s all-star team in 2006. Guess who: Luc Bourdon and Steve Downie.

Player’s Fate: Lauri Tukonen and Stanislav Lascek? The Finn and the Slovak placed themselves third and fourth respectively in the top scoring league, but Tukonen, the 11th overall draft pick by the LA Kings in 2004, went on to only play five games in the NHL. Lascek became the tournament’s second-best goal scorer with six goals, but never even made it to the NHL. Instead, Lascek later wound up in the English Premier Ice Hockey League, where he plays today.

Best Team Today: USA. Even though this team didn’t even reach a medal, they would likely win the tournament if it were to be played with the exact same players today. Of course, we can only allow ourselves to be hypothetical here, but as a matter of fact, USA had a lot of late bloomers who’ve developed in unexpected ways after their World Juniors participation. Perhaps Cory Schneider and Blake Wheeler are the most obvious examples of that. 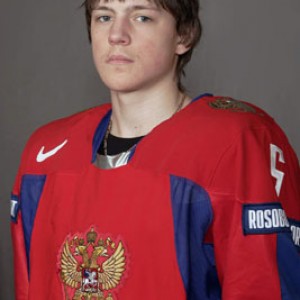 In October 2008, Alexei Cherepanov collapsed during a game in Russia. The 19-year-old later died in a hospital after several brief revivals. (HC Avangard via RussianProspects.com)

Canada’s 13th title in the history of the World Juniors didn’t come as easily as the ones before. The United States came close to eliminating Canada already in the semifinals, but lost 2-1 and then had to see Canada once again beat Russia 4-2 for the gold medal. Compared to previous years, however, or especially the years that were to come, the 2007 edition probably won’t be remembered for much more than being the tournament where Sweden finally began their consistent form of success at the World Juniors stage, coming in at fourth place on their own ground.

Player’s Fate: Alexei Cherepanov. Less than a year following the World Juniors in 2007, the 19-year-old Russian player suddenly collapsed on the bench during a game in the KHL and his life could not be rescued. Heart failure was determined as the cause of death. Many believed that Cherepanov, drafted by the New York Rangers in the first round of 2007, had the potential to make himself a big name in the NHL. He was selected as the best forward of the tournament after the 2007 WJC. A sheer tragedy; may he rest in peace.

Best Team Today: Canada. With the additions of Carey Price and Brad Marchand, to mention a few, they did have the best team again in 2007.

Sweden almost snubbed Canada of the victory this time, but Matthew Halischuk sealed the deal for the Canadians with a game-winning goal in overtime in the final. Other than that, this tournament turned out to display a few of today’s top players in the world, but we just didn’t know it back then.

Player’s Fate: Marek Slovak. Here we have another one of those players who gets his immediate breakthrough during the World Juniors but doesn’t have the capacity to maintain it. Although, this Slovakian forward, who finished the tournament with the third most points back in 2008, is unusual seeing that he never even came close to an international career. He was never drafted, and for the entirety of his 11 years as a hockey player at senior level, he has remained to play only in the domestic leagues.

Best Team Today: Canada. Just look at the participating profiles from Canada mentioned above, and let that sink in for a moment. But interestingly enough, none of those names placed themselves among the top scorers of the tournament. So in that sense, they weren’t as dominant then as they are now at a much higher level. Instead, Canada’s top scorer was Kyle Turris. A player who, on the opposite of the others, hasn’t quite lived up to the hype that was established around him at this young age. 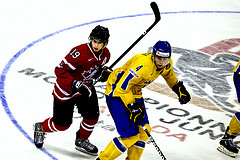 Another win for Canada against Sweden in the final, and if you’ve done the simple math you have already pointed out that Canada, in fact, won the gold medal in each tournament on this list. An extraordinary accomplishment, even for junior-level hockey, given that every new roster differs from the last one.

Player’s Fate: Cody Hodgson. Okay, we all know what actually happened with him and how his career has turned out, but he goes as an excellent example that success at the World Juniors isn’t in any way a guarantee for a successful career. After scoring 16 points in six games in the WJC, Hodgson has been off and on between the NHL and the AHL for years, jumping from one team to the other. It just isn’t what most people had expected.

Best Team Today: Sweden. Erik Karlsson – that’s pretty much all that needs to be said. If that doesn’t convince you, then it should be noted that the rest of this Swedish team actually isn’t that bad today. Jacob Markström in the net, Karlsson and Hedman as starting, 35-minutes-per-game defensemen, and Mikael Backlund and Marcus Johansson as solid offensive alternatives. Even this Team Canada, which lacks depth for being a Canadian team, would have trouble with Sweden.