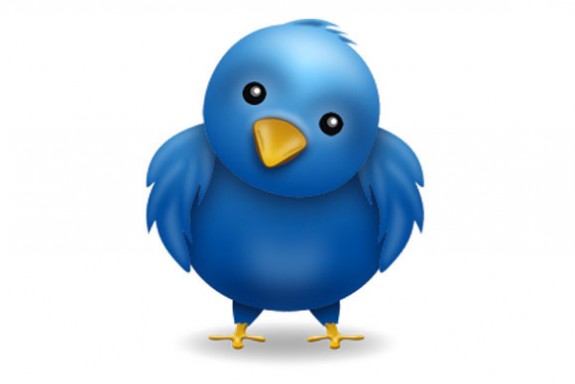 Let’s face it.  Twitter is awesome.  It has the appeal of Facebook, with the ability to converse celebrities, athletes, journalists, musicians, etc.  There isn’t anything quite like it.  I’m a huge fan because I get to talk to fans, express my viewpoints, share my thoughts, crack a few jokes, and ultimately blabber about my favorite sports team: the Philadelphia Flyers.  Although I consider myself a riot (sarcasm intended), there are some Twitter accounts you should definitely be following if you’re a fan of the Orange and Black.

Flyers will practice tomorrow at 11am in Voorhees.

SanFilippo is a great beat writer for the Philadelphia Flyers.  He knows what the fans want to hear and isn’t afraid to point out flaws by the player or team.  Furthermore, he is great with interacting with the fans who have questions.  Always asking questions during interviews and writing subjective pieces on the state of the team and its players/management/coaches, SanFilippo is one of the best in the biz.

Where have we seen the situation the #Flyers find themselves in before? http://t.co/YjmJHIc09g

About as bad a shift as the #Flyers have had all season there. Kunitz with a rebound goal. 2-0 #Pens.

@jsaquella Just telling ya what they're saying in the press box.

Why he’s not a beat writer is beyond me.  Meltzer is one of the most well-established bloggers up in the press box.  He’s one of the most insightful people in the sport and does a tremendous job recapping key events during games.  He’s written for NHL.com, IIHF.com, Flyers.NHL.com, and even knows a good deal of Swedish.  His Meltzer’s Musings are always popular with in-depth looks at players and prospects coming up through the system.  He’s also an established author, having written a biography outlinging the life and death of Pelle Lindbergh.

Forgettable game with very limited ice time for Robert Hägg today in Modo's 3-2 loss to Brynäs. Minus-one and got called for diving.

@Orange_BlackNat Not keeping feet moving. They had been better in previous three games but tonight has been a horror show apart from Mason.

You always need some humor when you’re watching a team like the Flyers this year or else you’ll rip your hair out.  Why not follow some of the funniest twitter accounts related to the Flyers?  Be warned though, not all of it is PG-rated.

Rod Brind'Amour and I have very similar physiques…both body and nose.

If you see me face down at the bar in a pool of my own vomit, do me a favor and rob my stupid ass. Can't get much worse.

TOU is run by two very talented guys in their own respect – Rob Giannone and Danny Ricciardi.  They do great pre/post game work and also get the fans involved throughout the games by posing questions.  They are also branching out by doing charity work and helping raise money for organizations.

We are 1-7 and on our 2nd HC. Tough to believe this roster will remain intact by the end of the season. Who are your untouchables?

Right in front of me… I think I'm going to throw up pic.twitter.com/SA4BQEmHaj

And they also came up with this gem:

Besides running a tremendous blog that focuses on the Flyers, Flyers Faithful also does a ton of community work in organizing events to benefit certain groups.  One of the best events they hold is a roller hockey tournament (of which, I’ve participated in) to raise money for the Ed Snider Youth Hockey Foundation.  TJ Brennan, a local South Jersey native and current member of the Toronto Maple Leafs, led his team to the championship a few years back.  They truly do great work.

David Strehle has become one of my very good buddies.  He’s a wealth of knowledge and his passion for the Flyers dates back to the 1980s.  A contributor to The Fourth Period, Strehle always does his best to give his unbiased opinion on the team and its future.  He notices little nuances throughout the game and reports them to his fans.  A quick-witted fan who knows the ins and outs of the sport, Strehle is a must follow for Flyers fans.

One of my favorite Flyers blogs to read, the guys over at Orange and Black Pack pull no punches.  They speak their minds (no matter how cruel or not PC they might be).  They are avid fans of the Philadelphia Flyers and have been for years.  If there is something wrong with the team, they’ll be sure to make it a talking point; if a player is not doing his share, you can bet there will be an article written about it; if management makes a bad signing, they aren’t afraid to call them out.