The Boston Bruins are potentially 3,072 miles from the postseason.

After closing out their home slate of games with a 2-1 shootout victory over the Toronto Maple Leafs, Boston will take their winning ways on the road for the final three games of the regular season. Matchups against the Washington Capitals, Florida Panthers, and Tampa Bay Lightning all present unique challenges for a squad that has recently found a bit of late-game magic to keep their playoff push alive and well.

The Bruins are looking to overtake the Detroit Red Wings for third place in the Atlantic Division, presumably avoiding the Montreal Canadiens or New York Rangers in the first round. The road ahead for Detroit features road matchups in Montreal and Carolina, so it will be imperative for Boston to take care of business on their last road trip of the season.

The Bruins begin their three-game excursion on Wednesday night in Washington, DC against the Capitals. Having clinched a playoff berth late Sunday night, Washington has their sights set on second place in the Metropolitan Division, bringing with it home-ice advantage in the first round.

The Caps are looking for a season sweep of the Bruins and will rely on netminder Braden Holtby to do the job. The 25-year-old has stopped all 61 shots Boston has thrown his way in their previous two matchups. The Black and Gold will face the stern challenge of scoring against a goaltender that has been outstanding against them in his career (6-2-0, 1.80 goals-against, .948 save percentage).

Captain Alex Ovechkin has averaged better than a point-per-game in his career against the Black and Gold (16 goals, 36 points in 35 career games). Two of his league-leading 52 goals this season came in an impressive 4-0 victory at TD Garden back in October. It is a tall order for the Bruins defense to keep the first overall pick in 2004 off the score sheet but it will undoubtedly be critical to their success if they are able.

Boston’s travels will take them next to sunny Sunrise, Florida for a matchup against the already eliminated Panthers on Thursday night. The Cats’ push for the postseason came to an end on Saturday after suffering a 4-0 defeat at the hands of Tampa Bay.

The Bruins and Panthers have played three tightly contested matchups this season, all decided by one goal. Milan Lucic’s heroics with just over a minute to go in regulation last week gave the Black and Gold a six-point cushion in the standings over their division foes at the time. 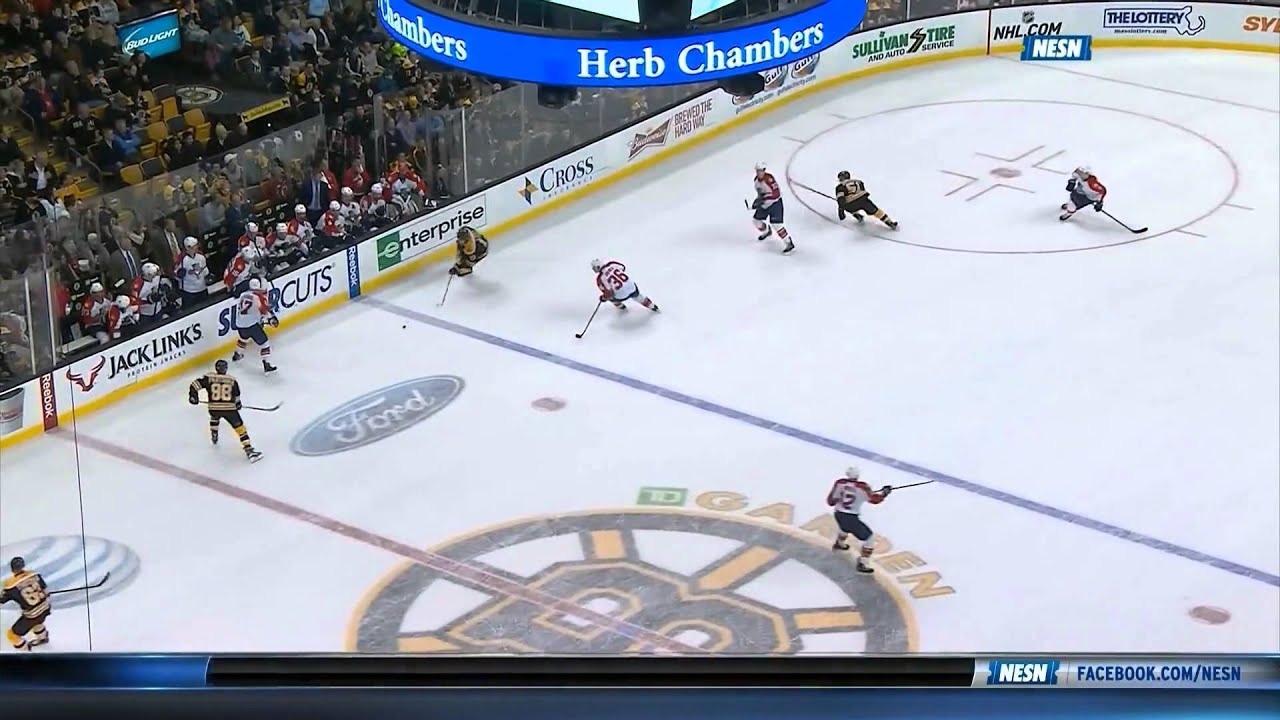 Boston has dominated this matchup of late going 12-0-1 since their last regulation loss to Florida back in December of 2011. If results elsewhere favor the Bruins between now and then, they will enter Thursday night’s tilt at the BB&T Center with a chance to punch their ticket to the postseason.

The Panthers would love nothing more than to spoil Boston’s postseason party in the penultimate game of the season for both clubs.

Amalie Arena in Tampa will be the venue for game 82 as the Lightning welcome the Bruins in a game that will have massive playoff implications.

Coach John Cooper and his Bolts are already assured of a minimum second-place finish but are gunning for an Atlantic Division title, trailing the Canadiens by two points with two games remaining. In contrast, Claude Julien’s Bruins may be battling for either a third place finish in the Atlantic or a wild card spot.

The good news for Boston is that their record against Tampa Bay has been stellar of late. The Bruins have won nine of their last 10 matchups against the Lightning dating back to January 2013. Given Tampa’s all-around depth at every position, it will serve as a good test for Boston to see if they can compete with their potential first-round opponents.

The Bruins have three games, four nights, and (at least) 180 minutes to finish a job that has been six months in the making. For all fans of the spoked-B, a front row seat is guaranteed on the emotional rollercoaster set to depart at 8pm Wednesday night.

Buckle up Bruins faithful. It is going to be a bumpy ride.