At first glance, the title may seem dramatic, especially from a financial standpoint. The Montreal Canadiens are the third most valuable franchise in the NHL, with a valuation of $1.25 billion. From a business operations standpoint, the Canadiens are 2nd in the NHL in both revenue ($236 million) and operating income ($92 million).

Geoff Molson, president and CEO of the Canadiens, was part of the partnership group, headed by the Molson family, that paid $575 million in 2009 to acquire the franchise. The Canadiens are ultimately a business, and it’s hard to debate that Molson isn’t doing a good job of running the business.

Who Really Deserves Credit for the Turnaround?

Since Molson and his group took over the Habs, the Canadiens’ franchise valuation has doubled (2.17 times to be precise) in nine years. However, closer investigation suggests the upswing in valuation actually started well before 2009. George Gillett, the previous owner, acquired an 80% stake in the Canadiens for $185 million back in 2001, which amounts to a franchise valuation of $231 million. Gillett actually achieved a greater return on his investment (2.49 times) over a shorter timeframe (eight years).

From a hockey operations standpoint, the Canadiens had missed the playoffs for three consecutive seasons (1998-99, 1999-00 and 2000-01) before Gillett’s arrival. They were struggling to fill their new costly arena, the Bell Centre, and were embroiled in a dispute with the City of Montreal over property taxes. The brand was dwindling, and no local buyers wanted to purchase the franchise.

Gillett, a savvy businessman and McKinsey alum, created the Gillett Entertainment Group (which was later re-baptized Evenko), and became a major promoter of events that filled the Bell Centre on non-game nights with concerts and conventions. He also hired Pierre Boivin as president of the Canadiens, who successfully rebuilt the Canadiens into a hugely marketable brand. 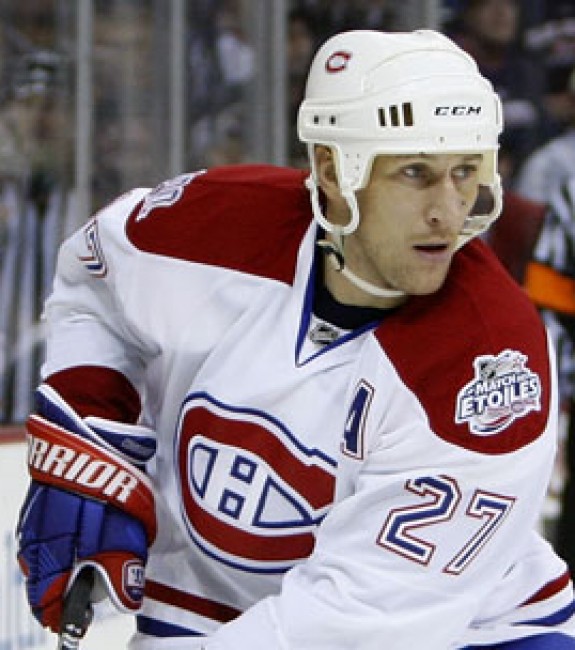 On the ice, the Canadiens had strung together five consecutive 40-win seasons by the time Gillett sold the franchise. More importantly, perhaps, the Canadiens were an exciting team to watch again — they had been selling out the Bell Centre since 2005-06. In 2007-08, the club was actually the highest scoring team in the NHL in the regular season. This is as close as the Habs would come to their historical identity as the exciting ‘Flying Frenchmen’.

The Decline of the Empire

Let’s fast forward to today. The Canadiens have been in the bottom half in NHL scoring for the past five seasons. They may have sold out the Bell Centre, but there were plenty of empty seats throughout the season. The fact of the matter is, that watching the team play is akin to receiving a slow lobotomy. Fan apathy is growing. The Canadiens have never been further from their identity as an exciting offensive team.

News of the Gillett sale to the Molson group came out on June 20, 2009. Only 10 days later, the Canadiens made the infamous Gomez trade. It was a bad omen for the new ownership group and the first in a slew of bad moves that has ultimately turned the Habs from an exciting team on the upswing to a team with an aging core who finished 29th in goals for this season.

Geoff Molson has done well on the business side of things, sustaining the valuation growth momentum from the previous regime, and capitalizing on the Habs brand to make a successful foray into condo development. On the hockey side of things, though, the story is different. He comes across as a very friendly and loyal man, but the past few years suggest he may be too nice, perhaps lacking the cutthroat killer instinct and assertiveness that a self-made millionaire like Gillett would have.

He gave into pressure from the media when the organization was criticized for hiring a coach who couldn’t speak English and promised to ensure the next coach and GM would speak French. He decided to rely on Serge Savard, who had been out of hockey for years, to help him find a general manager. Finally, the man they hired, Marc Bergevin, is still in place despite being widely regarded as underperforming for a while, with ESPN labeling him a “Disaster Artist” earlier this year.

Bergevin was stepping into an ideal situation with a very promising young core and a third overall draft pick. The Canadiens still looked promising for the first couple of years of his tenure — until he slowly started to put his stamp on the team. While the rest of the league was shifting toward speed, youth and mobility from the back end, Bergevin showed how out of touch he was with the modern game with a slew of bad moves — the P.K. Subban trade, the Alzner signing and trading for King, Ott and Martinsen leading up to the 2017 playoffs.

Success Brings Stability, Not the Other Way Around

I vividly remember how alarmed I was at this Geoff Molson quote from 2012:

The traits that are common for all successful organizations have been lacking in recent years. When one looks at the great organizations of the past or the ones that are performing particularly well currently, the root of their success lies in their consistency and stability.

This quote epitomizes where the organization has erred over the past six years. Hockey is a results-oriented business, like any other. When an executive performs the way that Bergevin has, he has to be held accountable at some point. Molson erroneously stated that stability will bring the franchise success. In reality, it’s the other way around. Success is what will bring about stability.

Through his unwavering loyalty to Bergevin, Molson is not fostering a culture of high performance and accountability within the organization. To his credit, in a French interview with 98.5 FM, Serge Savard has stated that “at a certain point, a general manager has to pay for his decisions“, several times suggesting that he doesn’t understand how Bergevin is still in place. Savard, who was fired as GM for much less (he was only two years removed from winning the Stanley Cup), understands that it’s a results-oriented business and that Bergevin should have been held accountable by now.

Can Geoff Molson’s Legacy Be Saved?

A strong executive acknowledges mistakes and makes the requisite changes. Seemingly positive moves like hiring Joel Bouchard and Dominique Ducharme are meant to placate the media and fan base and are ultimately cosmetic in nature as long as the architect of the roster is still running hockey operations. Until Molson fires Bergevin, the decline of the franchise will continue, and the franchise will continue to stray from its historical identity.

Molson should listen to Eric Macramella’s very interesting interview with Vegas Golden Knights owner Bill Foley. During the interview, Foley talks about how critical it was for him to instill a winning culture founded on accountability and humility across the entire organization. As evidenced by the Knights’ wildly successful first season, it seems as though he is onto something.

In a similar fashion, Molson needs to revamp the Habs culture from top to bottom. He also needs to bring in a fresh, innovative and intelligent executive (irrespective of language spoken) to run hockey operations to help the Habs reclaim their historical identity as the Flying Frenchmen. Failure to do so will only cement Molson’s legacy in Canadiens history as one of the least successful tenures of any president or owner.

Joe has spent a sizable chunk of his time since the invention of the Internet writing about the Montreal Canadiens on various hockey forums. He finally figured it might be time to formalize this hobby into something a little more significant. Joe has decided to join The Hockey Writers recently, covering the Habs for the upcoming season to share his passion for hockey and hopefully some unique insights.