Goaltender Chad Johnson got his first shutout with the Boston Bruins in Saturday’s matinee game at TD Garden, leading the Bruins to a 4-0 victory over Andrew Ference’s Edmonton Oilers.

There were a couple of close calls in today’s game, but the Oilers were no match for the Bruins, who brought intensity to the game that had been severely lacking in Thursday’s contest against the Canadiens. Johnson saved all 22 shots on goal made by the Oilers, and four different B’s managed to put up goals, leaving the Oilers behind in a four goal deficit.

So far this season, his first season with the Bruins as Tuukka Rasks’s backup, Johnson has played 15 games, winning 9 of those. He’s ranked 34th in goaltenders in the league in terms of wins per games played, and has a SV% of .919 and a GAA of 2.30. In his last five games, he averaged a SV% of .936, his mid-game entrance during the Bruins/Habs match included.

This is Johnson’s second career shutout.

Chad Johnson with 22 saves for his first shutout as a Bruin; 2nd of his career (first was w/Phoenix just over a year ago on Jan 28, 2013)^CS 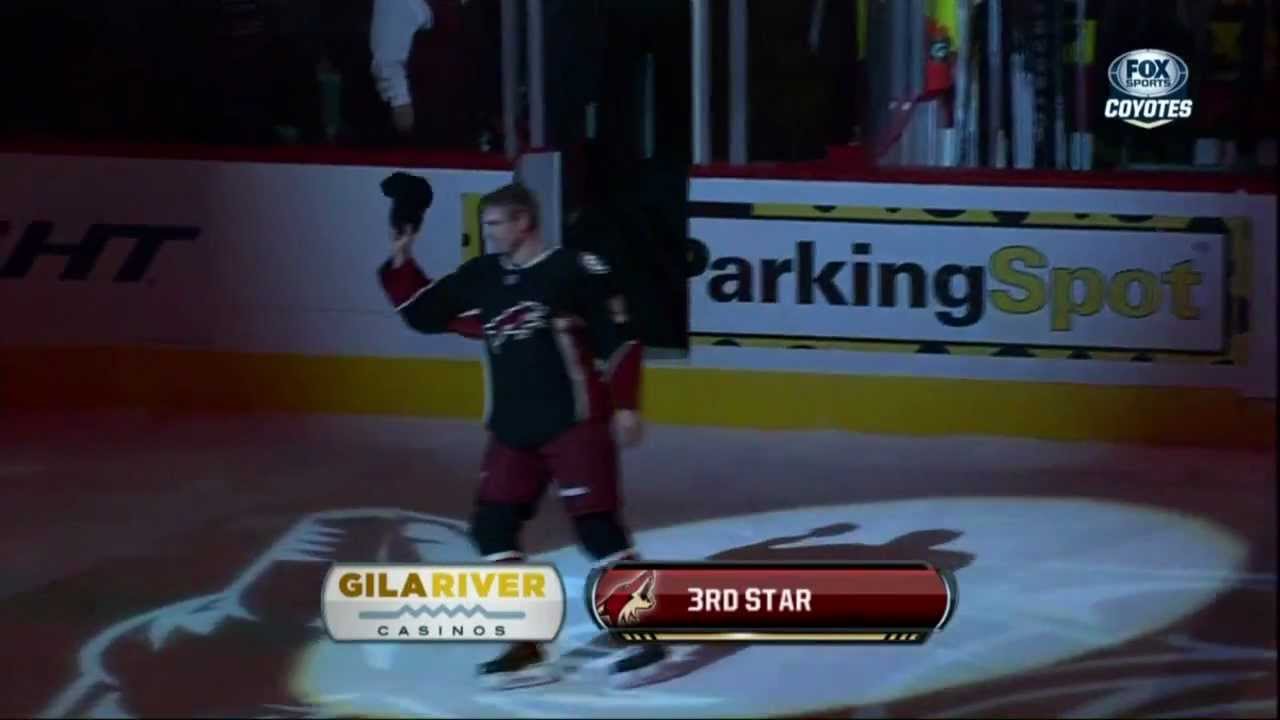 Formerly a goaltender for the Phoenix Coyotes, Johnson earned his first NHL shutout almost exactly one year ago on January 28, 2013 against the Nashville Predators in just his fifth league appearance as a starting goaltender. That game was also won by Johnson’s team 4-0. During a significant portion of the 2012-2013 season, Johnson played for the Phoenix Coyotes’ AHL affiliate, the Portland Pirates, as their starting goaltender for 34 regular season games and 3 playoff games. He won 16 of those games in regulation, and had an average SV% of .903 and a GAA of 3.00, making him maybe not the most desirable goaltender, but a competent one.

With the departure of Anton Khudobin in the 2013 offseason, the Bruins signed 27-year-old Johnson, then a free agent, to a one-year contract through the 2013-2014 season to back Tuukka Rask in Johnson’s first full season in the NHL. Boston also has the support of Niklas Svedberg, currently assigned to the Providence Bruins, in net.

While mid-season contests occasionally wear at Tuukka Rask, Johnson has been getting more playing time, and proving himself a worthy backup for Rask. With the Olympic break approaching, it’ll be interesting to see if Johnson receives more starts post-Sochi.

Get to know Chad…

You won’t hear “Ocho-Cinco” much in the B’s locker room.