THW The Next Ones Ranking (February): 23

McAvoy had a successful season at the NCAA level. He gathered 25 points (3g-22a) in 37 games for the Boston University Terriers. Along with his offensive output, the 18-year-old defenceman added a plus-10 rating and 56 penalty minutes.

Regardless of who picks him, he’s expected to go in the first round of the NHL draft. A confident blue liner, he uses his speed to create opportunities off the rush and maximizes his offensive skill with his ability to handle the puck with poise.

His shot makes him a strong candidate to quarterback a team’s power play in the near future and he sees the game like a top-four defensive player should. While he’s only six feet tall, he does bring a sort of nastiness to his came and doesn’t shy away from the physicality in the corners.

While he likely won’t be one of the top three defenceman to go in the draft (with Jacob Chychrun, Olli Juolevi and Mikhail Sergachev), McAvoy will certainly be a late first-round pick. His size and skill will make him a solid prospect for teams looking to bulk up their depth on the blue line. While he’s still likely a year or two away from the NHL, he’ll make one team really happy with their first pick of the 2016 NHL Draft.

Scouts love the risk-taking of McAvoy, especially because his gambles usually pay off. The confident and mobile defender had the game-winning goal in the Terriers’ 3-1 Beanpot win over Northeastern.

The 6-foot, 208-pound right-shot defender already plays a pro-style game. He might not be flashy but consistently has been steady as a freshman playing a top-four role at Boston University.

Charlie has been an elite player for a long time. He’s got the great skills and vision and he’s a big, strong kid that skates well. He’s one of the top freshman defenceman in college hockey.

McAvoy has the potential to play on a team’s top two pairings. While he might not be guaranteed a top pairing job, he can certainly play himself into one. His shot and confidence in his stick handling makes him a great candidate for a top power play unit. While he won’t be able to slide into any team’s lineup right off the bat – like Aaron Ekblad did – he will make his presence known within the next few years. 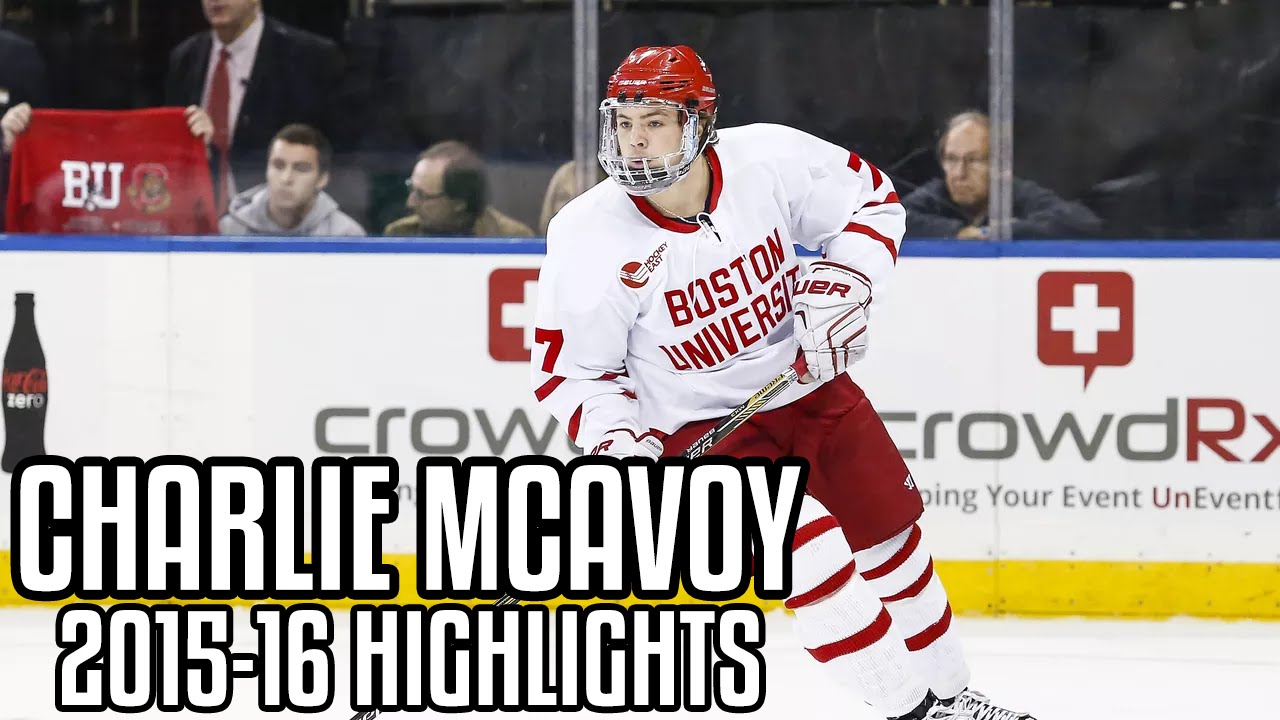 While McAvoy did decide to head to Boston University and the NCAA, he was drafted in the sixth round (113th overall) of the 2013 OHL Priority Draft by the Kitchener Rangers.