For the third straight season, the Charlotte Checkers will be playing in the AHL’s Western Conference.  They’ve played in divisions labeled for almost every geographical direction: From East to Midwest to South to West, despite being just three hours from the Atlantic coast.

It’s a little reminiscent of when Charlotte’s NFL team, the Carolina Panthers, played in the NFC West division with the San Francisco 49ers from 1995-2001.

The first two seasons of their Western Conference alignment haven’t gone exactly as planned.  A tumble down the stretch saw them miss the playoffs in 2012 while the following year featured a defensive nightmare in their opening round series’ final two games.  Compare that to their only year in the Eastern Conference: a run to the conference finals before bowing out to the eventual champions.

Nevertheless, the Checkers will have to power through the odd alignment again.

Ok, this might be cheating since it’s the opening game of their season, and it’s obvious that this will be one to watch. But aside from that, it’s got a few other things going for it.  Namely, their first chance at a small bit of revenge against the team that eliminated them last year.  The Checkers blew a 2-1 series lead, allowing an eye-popping 14 goals in their last two games against the Barons at Time Warner Cable Arena.

The opening night series is the first of a back to back set in Oklahoma City, with the two teams playing again the following night.  After that, the Checkers will have a nice two-week vacation before playing their next game October 19th, the home opener.  Be sure to catch the little taste of hockey before their hiatus. 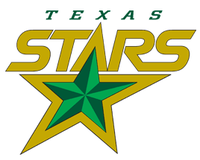 Though hockey fans and basketball fans generally don’t overlap, in a city like Charlotte, that isn’t always necessarily the case.  This Saturday afternoon matchup brings a unique doubleheader to Time Warner Cable Arena: the Checkers’ noon start against the Stars is followed up by an NBA game that night as the Charlotte Bobcats welcome Lebron James and the Miami Heat to town.

It will be the second NHL-NBA doubleheader of the season, as the Toronto Marlies and Utah Jazz both visit on December 21st.

A Valentine’s Day game brings divisional rival Abbotsford Heat  to town on a Friday night, but not to Charlotte.  For the second year in a row, the Checkers will be playing in Raleigh at the PNC Arena, this time during the NHL’s Olympic break.  Last year saw the Checkers defeat the Norfolk Admirals 3-1 on the same day the NHL lockout ended.

A surprising perk for full season ticket holders: the Checkers will provide free transportation to and from Charlotte.  For those looking to make a weekend out of it, the two teams will meet again Sunday afternoon.

The defending Calder Cup champions will visit Charlotte only twice this season, and both come in the final two home games.  If history is any indication, the fate of the Checkers’ season could still be up in the air, adding extra importance to the fanfare.  Ironically, the Carolina Hurricanes, who may be in a playoff-race of their own, will be in Detroit against the Red Wings, parent club to the Griffins.

The penultimate game of the season features a familiar foe.  The once-divisional rival Admirals embarrassed the Checkers in Milwaukee, 6-1, in the final game of the 2011-12 regular season.  While it secured the first postseason appearance in Admirals’ history, it was the dagger that ended the Checkers’ season, a point shy of a berth of their own.

Though the Checkers achieved a small measure of revenge just three games into last season’s campaign, the sting of that loss two years prior should keep them from looking past the Admirals this year.

With the AHL schedule so compact–only intra-conference for the Checkers–games against the same teams could get repetitive.  More than half the season will feature the same five opponents, with an incredible 12 against the Barons.  But, with everything, the monotony is not something a winning season won’t cure.