With Jim Nill’s “offseason hat trick,” the Dallas Stars’ defensive core and prospect system look stacked for the 2015-16 season. Following the trade that brought former Blackhawks, Stephen Johns and Johnny Oduya, to the Stars’ organization, competition is growing for a spot on the Dallas roster. Who are the players who will battle for this role in  development camp? Young, dark horse defensemen are likely to make a big impression, while some familiar names may find themselves in the press box.

Currently, Dallas has eight defensemen on the roster that cannot move down to the AHL without passing through waivers. With NHL veterans, Johnny Oduya, Alex Goligoski, Jason Demers, and Jordie Benn, Dallas also plays host to a long list of sophomore contenders and prospects awaiting their NHL debut. As these players develop, expect some rotation in 2016 and 2017 as the prospects make initial NHL appearances.

“We’re trying to be patient,” Nill said. “You can’t rush young defensemen. That’s why it’s so important for the Johnny Oduyas, the Goligoskis, the Demers, the Jordie Benns, you have to have those guys in place. We think we’ve got a real good young core of defensemen coming up. We just have to be patient with it.” – Stars General Manager, Jim Nill via NHL.com

These eight blueliners are each under the age of 25, and are maturing quickly with the benefit of veteran mentoring in both the major and minor leagues. To gain an idea of who warrants attention in the Stars’ upcoming preseason, take a look at the profiles of these up-and-coming contenders.

John Klingberg – In his debut season, Klingberg advanced as the top-scoring rookie defenseman in the NHL, edging out first-overall 2014 draft pick, Aaron Ekblad, by one point. Ending the regular season with 11 goals and 29 assists in only 65 games, the young Swede made a name for himself following a weak preseason showing.

After recovering from hip surgery in the 2014 offseason, the 22 year-old quickly became a fan favorite as a slippery, offensive defenseman. Despite his slim physique, Klingberg battles top NHL forwards to make smart plays rather than physical feats.

Expect to see more of Klingberg at the American Airlines Center in October as he develops into a player whose potential Nill compares to that of Senators star, Erik Karlsson. Klingberg is currently signed to a seven-year contract at $29.75 million total.

Which video best represents a player who produces a wealth of highlight reel goals in his rookie season? Klingberg scored some beauties last season, but his first featured a memorable toe-drag that undressed the Coyotes defense:

Patrik Nemeth – Before suffering a wrist laceration that took him off the ice for nearly six months, Nemeth scored the Texas Stars’ Calder Cup-winning goal in 2014. In the 2014-15 season, the 23-year old tallied only three assists in 22 games, but recently signed a two-year extension worth $900,000 each year.

Compared to the Stars’ other young defensemen, Nemeth plays a strong, physical role. He lacks Klingberg’s offensive prowess, but issues more hits per 60 minutes than Jyrki Jokipakka (4.72 compared to 2.99). His role as a defensive defenseman lacks Jokipakka’s quiet, stay-at-home style, however; often taking the opportunity to cut through traffic for a powerful breakout. Nemeth will likely take a permanent or long-lasting spot on the Stars regular season roster come October.

Watch as Nemeth’s ability to hold the line and pinch when needed provides a valuable force in the offensive zone:

Jamie Oleksiak – Having recently signed a one-year, one-way contract at $875,000, this young behemoth will continue to work toward a permanent position in October. The 23 year-old scored eight points in 2014-15, including seven assists and his first NHL goal.

Oleksiak turned down the two-year contract that was also offered to fellow defensemen, Nemeth and Jokipakka, instead accepting a shorter stint. At 6’7, 250-pounds he has made multiple NHL appearances with the Stars since his debut in the abbreviated 2013 season, but hasn’t used his size to the team’s benefit. As he matures, Oleksiak could be a big piece of the Stars’ defensive puzzle, but for now, his future impact is tentative.

Jyrki Jokipakka – Cycling ice time with Oleksiak through the regular season, Jokipakka proved his stability on the back end. Overall, the 23 year-old Finn isn’t a splashy playmaker. He’s simply described as a quiet defensive contender who provides a safety net on the blue line. Jokipakka has yet to score his first NHL goal, but registered 10 assists in 51 NHL games in 2014-15. Keep in mind that Jokipakka spent a large part of his season paired with Trevor Daley who, while having a record scoring season, diminished each of his pairings statistically. In October, expect Jokipakka to work hard to hold his roster spot; especially after signing the same two-year, $900,000 contract extension as Nemeth in the offseason.

Stephen Johns – Acquired in the offseason trade that sent Daley and Ryan Garbutt to the Blackhawks, Johns comes to the Stars organization seeking his NHL debut. The 23 year-old made a name for himself with the Rockford Ice Hogs, posting four goals and 17 assists in 51 games during his first full professional season.

The Blackhawks initially chose Johns in the second round of the 2010 NHL Entry Draft, just as he entered his first year playing for Notre Dame. After five years as a Chicago prospect, Johns now has an opportunity to fight for an NHL roster spot on a blue line that’s stacked with prospects.

Of course, Johns has one big play on the score sheet that proves he’s not just a stay-at-home defenseman with a habit of sacrificing positioning for a hit. When Johns dangled Oleksiak and Jussi Rynnas for the goal that knocked the Texas Stars out of the 2015 Calder Cup Playoff race, he sealed his fate at the trade deadline.

Needless to say, Nill has been tracking Johns for a long time, and his acquisition was a conditional part of the intra-divisional trade.

“Nill has been tracking Johns since the young defenseman was playing with the USA Under-18 team in Michigan and continued to follow him as he moved on to the University of Notre Dame. The Dallas GM saw him again last spring as Johns and Rockford took on the Texas Stars in the first round of the AHL playoffs.” – Mark Stepneski via NHL.com

So, Stephen Johns ended the @TexasStars season with this pretty amazing goal back in April. https://t.co/l6z0H749g0

Mattias Backman – Backman is another defenseman awaiting his NHL debut. Drafted by the Red Wings in the fifth round of the 2011 NHL Entry Draft, Backman is looking for an open door following limited ice time in Grand Rapids. In Cedar Park, Backman has room to grow. As the Stars organization filters out mature defenseman to experiment with combinations of younger players, the 22 year-old Swede will find the development time he needs.

Watch as Backman stops the Texas Stars in their tracks: 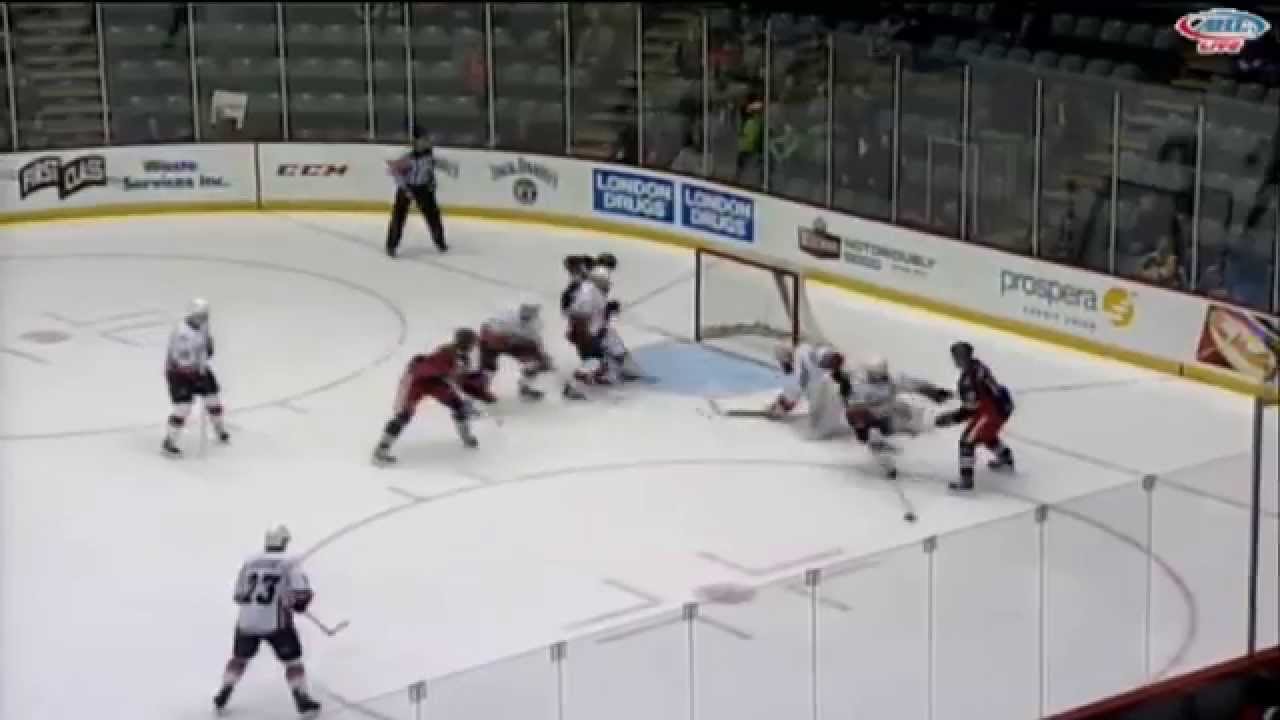 Julius Honka – As a Finnish prospect and 2014 first-round draft pick, Honka was the darling of the Stars’ 2015 Development Camp. Since he first put on a Victory Green sweater, his footwork and puck handling have made stunning progress. Honka even battled to win the 2015 Prospect Scrimmage shootout versus future Niagara University forward, Tanner Lomsnes.

Honka is another right-shooting defensemen (along with Klingberg and Johns) who is making a solid case for a future roster spot. While the 19 year-old expected to develop in the juniors following the draft, he moved up to play 68 games with the Texas Stars in 2014-15, scoring eight goals and 23 assists in the regular season. Despite his 5’11”, 175-pound stature, Honka moves the puck effectively as an offensive defenseman. His shootout skills are a sight to behold, and it’s only a matter of time before he finds his way to Dallas. 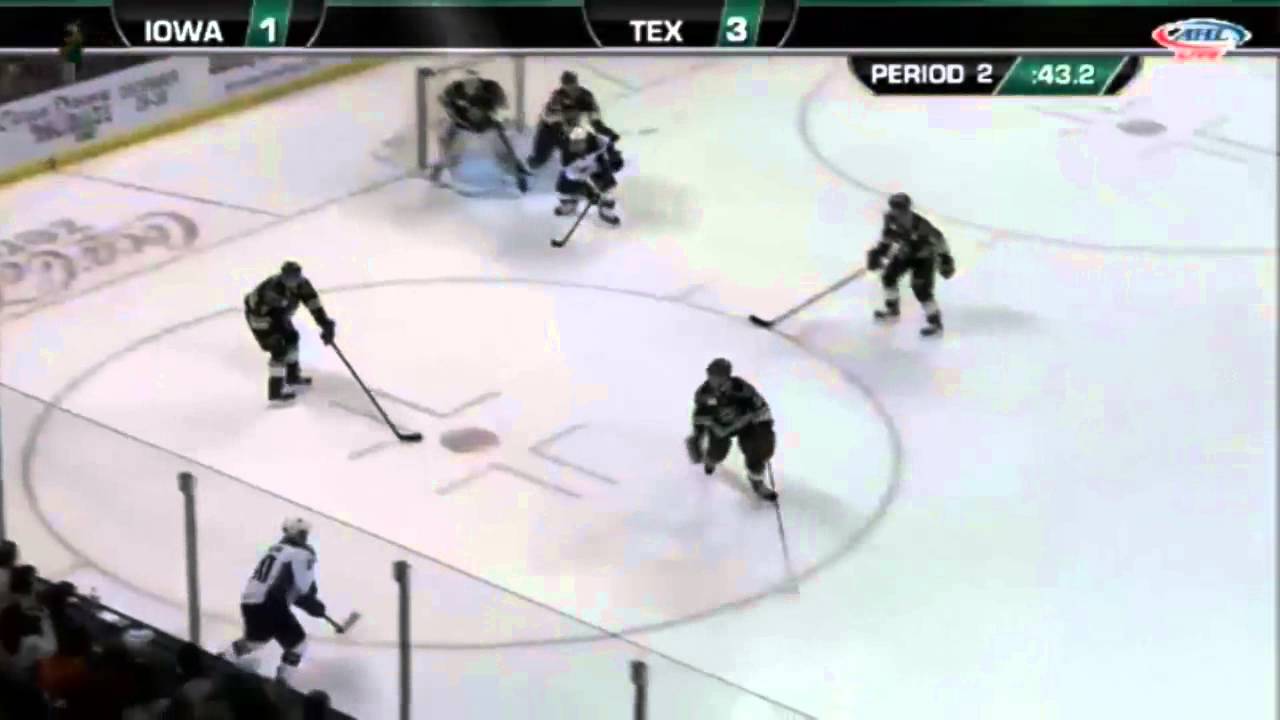 Esa Lindell – At 21 years old, Lindell is four years into his professional career. Having made his debut in two games with Kiekko-Vantaa, Lindell ended the 2011-12 season leading the Jokerit U20 team in scoring. With his 21 goals and 30 assists in 48 games, the Stars took Lindell in the third round of the 2012 NHL Entry Draft.

Lindell made other appearances with Jokerit as a pro, but amped up his scoring pace again with Assat Pori in 2014-15. During the regular season, Lindell scored 14 goals and 21 assists in 57 games. The Finnish prospect has only played five games with Texas since he was recalled last season, but will get another chance to make a name for himself in North America going into October. Apparent from his stats, the young blueliner plays an offensive style, and the Stars will give him ample time to hone his defensive skills as he climbs the professional ranks.

Nill’s fascination with Swedish defensemen is no surprise. Hailing from a long career as a Red Wings scout, he’s seen his fair share of success drafting young Swedes. Following much speculation, Nill finally signed former Blackhawk, Johnny Oduya, to a two-year contract after trading Daley to Chicago this July.

At 33 years old, Oduya brings experience to a young defensive core. There’s no doubt that newcomers Oduya, Patrick Sharp, and Antti Niemi will bring needed mentorship to the Stars’ green squad. With six total cup wins between the three acquisitions, each brings value to their respective positions. Following a single-round playoff appearance in 2014, the Stars sorely need this type of insight to hit their target in 2016.

Daley, who just concluded a career season with Dallas, scoring 16 goals and 22 assists, has grown increasingly offensive in the last three seasons. Oduya will instead provide highly defensive stability to an otherwise offensive blue line. Averaging 24 minutes per game in the 2014-15 regular season, Oduya won’t score like Daley, but he’ll serve as an anchor of hard work and responsibility for the maturing defensive core.

What to Look for in September

With Nill’s storied scouting experience, the Stars are becoming a huge draw for top NHL free agents. The team possesses veteran stability with room for prospects to grow and make a name for themselves in the major league. They’ve proved themselves a fast-paced, highly offensive team that needs mentorship and support on the back end, but they’re also forward-looking; never too timid to evolve and innovate.

During the  September preseason, look to these eight young defensemen to fight for their hard-earned roster spots, or make a name for themselves alongside some of the biggest names in the league. In the tough Western Conference, the Stars’ new-found depth on the back end serves as injury insurance, highlighting one of many ways that Nill is making substantial progress only two years into the team’s rebuild.