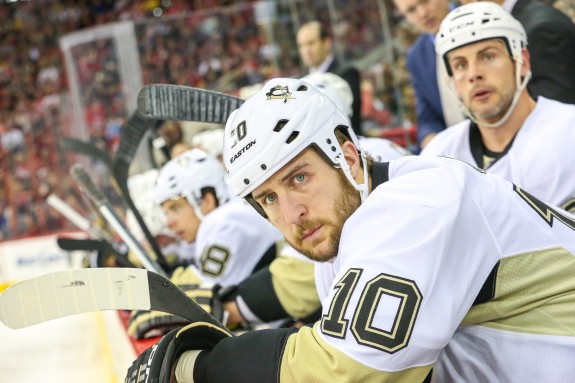 Gritty with a sandpaper finish, Daniel Bagenda plays a rough game for Modo in Sweden. He goes hard every shift. He was able to put up some nice points in the J20 this year in Sweden, but overall his offensive game isn’t great. Even with his strong puck control, he’s best suited in a checking line role because of his aggressiveness and rugged play.

Bagenda likes to mix it up with the opposing players and get into their heads. Many of his points were scored in and around the net, but I don’t expect him to be much of a point scorer in the NHL. He’s an ‘in-your-face’ player that backchecks well and shows his dominating physical presence.

The bad news is that Bagenda likely won’t get chosen in the first few rounds or even the middle rounds. He’ll be a late round pick at best. The good news is, with his style, there are spots for him in the NHL to be an tough checking winger.

I feel Daniel Bagenda will be picked in the later rounds of the draft – 6th or 7th.

“Solid Swedish power wing who has some jump and is very strong on his skates. Plays hard and with contact in all battle areas and is good on the cycle. Fluid feet and he uses them and his size to play strong on the puck. Loves to bang the boards and shot the puck. High hockey IQ. Good decision-maker and physical presence. Still a work in progress as a reciever of hard passes.“

Mixing it up with players