The Coneheads. The Production Line. The Crash Line. Hockey has had famous lines throughout history that served a distinct purpose for their team. “The Grind Line” not only had a special role for the Detroit Red Wings, but also revolutionized the game as we know it.

In a recent article about the demise of enforcers in the NHL, Red Wings’ General Manager Ken Holland stated that Scotty Bowman’s introduction of The Grind Line started a trend in the NHL that is now commonplace among the 30 teams. Kris Draper, Kirk Maltby, and Darren McCarty (plus Joey Kocur) formed a formidable line that could compete against and shut down any other forward line in the NHL. For a “fourth line”, how was The Grind Line so effective?

Advanced analytics, 3-D virtual reality practice, and big data are now finding their way into the NHL and are altering management and coaching decisions that were formally made with the “eye-test”. However, there is one aspect of hockey that cannot be formally quantified: chemistry. The Grind Line’s chemistry on and off the ice was a significant contributing factor to their success. 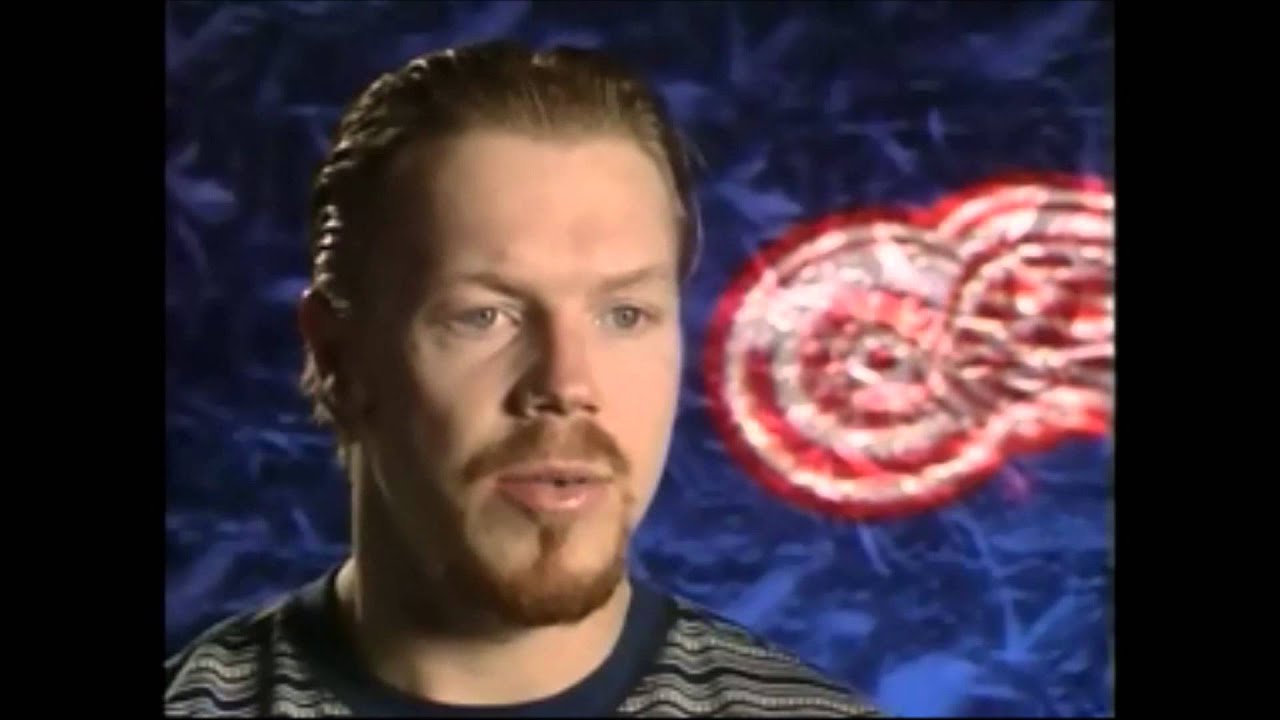 Playing on a line with the same guys that you room and constantly hang out with can pay dividends on the ice, especially when everyone is good friends too. All of the joking and trash talking with one another shows how much fun they’re having on the ice. And when you’re having fun, you play better. The whole team becomes better when one line is clicking and can be counted on in any situation.

Though they comprised the bottom line in Bowman’s lineup, Draper, Maltby, and McCarty could be utilized in all game situations. Five-on-five, they grinded the other team into submission, laying bodychecks that would make their opponent think twice about holding onto the puck for more than a second. Draper and Maltby’s hustle and dedication allowed them to excel on the penalty kill and even earn a spot in the 2004 World Cup of Hockey for Team Canada. McCarty also earned time on the penalty kill, usually playing alongside Steve Yzerman. He was also tasked with shutting down opponents in the final minute of the game with Yzerman and either Brendan Shanahan or Sergei Fedorov.

The Grind Line’s abilities were not just limited to the defensive side of the game either. McCarty was a net front presence on the power play that slid into the slot when the puck was in the corners. Apart from the power play, McCarty had some pretty memorable goals in 5-on-5 situations. 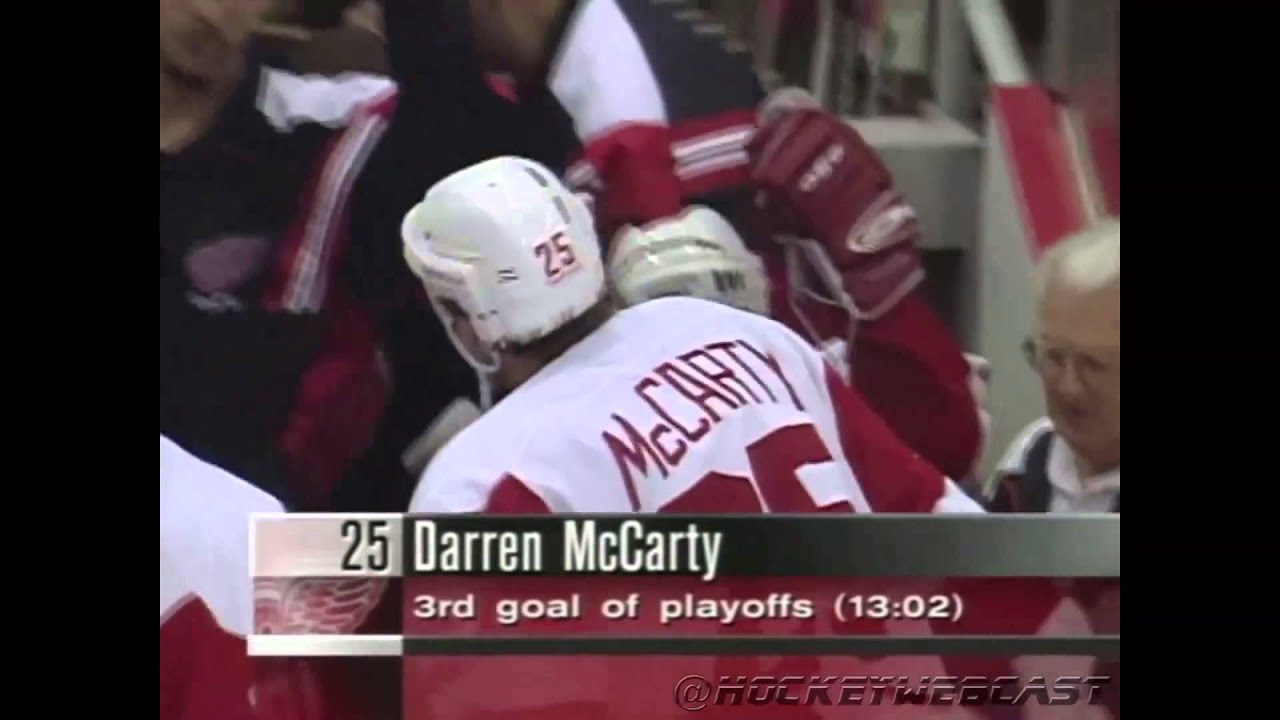 While they were not counted on for their offense, Draper and Maltby scored timely goals as well. Their speed and ability to create turnovers often led to odd-man rushes that resulted in goals, whether they were at even strength or killing a penalty. How is it, though, that they developed into such well-rounded players?

Before they ever became Red Wings, McCarty, Draper, and Maltby were all offensively talented junior hockey players. They’ve always had the skill set to excel on offense when given the chance. Check out their stats from their respective OHL teams before making the jump to professional hockey:

Once the three arrived in Detroit, however, they were forced to accept Bowman’s two-way style of hockey. Bowman utilized their speed and tenacity against the top players of the other team and allowed them sacrifice personal, offensive numbers for defensive, team-oriented results. As top players in junior hockey, they were already experienced playing against the top players of the other teams, so this assignment was nothing new.

Combining their offensive prowess with Bowman’s (and Barry Smith’s) defensive philosophies resulted in the three becoming complete hockey players. And with no pressure other than to shut down the other team, they flourished given their well-rounded skill sets. While it was atypical for fourth liners to contribute a fair share offensively, their strong Hockey IQ, offensive talent, and no-pressure utilization allowed Draper, Maltby, and McCarty to capitalize more than they were expected to.

With one objective in mind, The Grind Line was able to put goal scoring on the back burner and focus primarily on wearing down the other team. Attention to detail when forechecking and finishing their checks often left the opponents flustered and in a hurry to make a play.

On an individual level, McCarty, Draper, and Maltby had the right mindset to execute as instructed by Bowman. They loved the game and always had team-first mentalities. Each knew that being a mucker meant a less glamorous playing style, if they could slow down the other team, more skilled players like Yzerman, Fedorov, and Shanahan could make the opposing team pay for taking a shift off or getting in position a second too late.

Impact on the NHL

With the Red Wings enjoying success throughout the late 90s and 2000s, other NHL teams employed the same strategy of rolling four lines. The implementation of the salary cap after the 2004-05 Lockout only furthered the movement with every dollar of player salaries meaning something. The 2010-11 Boston Bruins followed the Red Wings’ philosophy of a shutdown 4th line and won the Stanley Cup behind the stellar defensive play and timely goal scoring of Daniel Paille, Gregory Campbell, and Shawn Thornton. Similarly, the Chicago Blackhawks have been rolling four lines throughout their recent dynasty, usually icing a bottom line with strong defensive skills and offensive upside.

There is no doubt the Bowman, Draper, Maltby, and McCarty revolutionized the game. Most teams, if not all, role four lines with each line averaging more than ten minutes of ice time per game. This was a rarity 20 years ago. The 4th line used to have little significance other than having players like Jeff Odgers and Dave Semenko look for fights. Now, thanks to The Grind Line and Bowman, more skilled players are getting a shot in the NHL and helping their team in other ways than gooning it up.

Just for safe measure, some nostalgia: