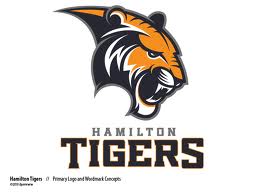 The commercial flight back to Nashville was an almost welcome distraction after the series of rickety little planes that took me leap by grasshopper-like leap from the bright lights of Toronto to the retro-metropolitan charm of Quebec City to a fuel stop in Kuujjuaq, followed by what felt like trebuchet launch to Iqaluit, where a woman wearing a Hamilton Tigers sweater and cuddling a lapdog of indeterminate parentage asked me what I was doing in that part of the world. I told her I was on my way to interview Uncle Lonnie. When she caught her breath after laughing for what seemed like a full five minutes, she asked me if I was sure I wanted to do that.

I had to wonder myself. After putting out the word that I wanted to talk to a shaman about hockey, an old college friend suggested I talk to his Uncle Lonnie.

“It makes sense, you know,” said Ben as he snapped the skin from the cervical vertebrae of the rabbit he’d shot earlier. “He’s Canadian. You have to talk to my people about these things.”

“Your people?” I asked. “I didn’t know you were Native American.”

So Ben gave me the details and made arrangements for me to interview Uncle Lonnie. The pilot on the final leg of the journey was a big, amiable Newfie who had pictures of his wife and daughters taped next to the instrument panel.

“Oh, everybody knows Uncle Lonnie. He’s a good one. He’s just a little, you know…”

“Uncle Lonnie definitely lives by his own rules. My brother sees him quite a bit. He stops by every now and then and brings him the paper and some pop. He takes people to BASE jump near Uncle Lonnie’s house. I help him when things are slow here.”

“Lonnie, er, Uncle Lonnie is a BASE jumper?”

“Oh no. My brother is. But he knows Uncle Lonnie better than I do.”

We taxied in on an airstrip barely long enough to accommodate our frighteningly short landing on one of the more remote fingers of Baffin Island.

“There he is!” He pointed to an older version of himself smiling and waving next to the fuel shed.

My pilot waved a cheery “bye” and shouted at his brother to remember the kevlar as we pulled away.  That was encouraging.  Once we left the airport,  we rattled along what was more of a trail than a road in Avery’s ancient HI utility vehicle.  I got my first look at the scenery. Baffin could be described as blighted and scrubby by those lacking a feel for true wildness. It is also possessed of its own desolate beauty in the opinion of anyone who has ever loved such a place.

Twenty minutes later, we pulled up in front of a small, rustic house. Before I could reach for the door handle, Avery had jumped out and sprinted around to the other side, all the while shouting towards the house that we were here. I started to push the door open and he shook his head and pushed it closed.

I could see a shadowy form pass by one of the windows as a snarl came from inside.

“Who are ya and whaddaya want?”

The curtain eased back.  I  rolled down the window and and leaned out to behold what could only be described as a living, breathing iteration of Popeye peering back at me.

“Uncle Lonnie,” he opened the window and leaned out turning his good eye towards me. “Ben told me you were a classmate of his down in Kentucky. So who do you cover?”

“At first the Nash-” Avery turned his back to Uncle Lonnie and mouthed a big ‘no’. “-ua Panthers.” Avery nodded and gave me a thumbs up.

“Well, yes. For three years I covered..the..” Avery agonised along with me as I struggled for the right answer. “…Hamilton Tigers but now I-” (A big grin and barely visible thumbs up from Avery.)

Uncle Lonnie’s face brightened. “I LOVE those guys! They just got their Russian back, didn’t they? And I really like that Jordin Tootoo fella.”

“Ben tells me you’re a shaman.”

“A shaman?” he looked surprised. “You mean like a woo woo new age shaman?”

I got out of the truck and began to approach the window.

Uncle Lonnie snorted impatiently, or maybe it was just phlegm.

“You’re looking for insight, I take it?” he asked.

“Yes,” I said, “I am seeking wisdom about the Stanley Cup Playoffs.”

“Well, I know things. And I want to assure you that I put on pants for this interview.”

At that, I stopped my approach to the house.

“So,” I said, trying to sound nonchalant as my voice cracked, “Who do you like for the finals this year?”

His face disappeared from the window and a moment later he stepped from his front door.

He lit a cigarette and took a deep drag from it before letting it dangle between two fingers. “It’ll be Phoenix versus Nobody-Gives-A-Poop.”

“I told ya. I know things. Phoenix…?” he beckoned me closer and whispered in my ear, “The NHL owns Phoenix. Did you know it’s in a desert? It is. Yeah. It’s in a desert and now they need to sell it. Why did they put it in the desert? That’s where they all land.”

“The spacemen. Gary Bettman is from Alpha Centauri. Look at him. He doesn’t even try to hide it. A lot of his family settled in Arizona, in that desert, because it’s so much like their home planet. So he put a hockey team there. See? But now he wants to trade it for a Six Flags franchise. He needs to find a new home for the team, the staff and the fans. Moving all of them is a hard sell. S’gonna be easier if they’ve won the cup. Anybody who plays Phoenix is taking on a holy battle. They have to win because it is putting the cosmos out of balance. So yeah, the final will be Phoenix and Who Cares?”

He sat back and gave me a triumphant smile.

“You don’t know how nice it is to be able to tell someone.”

The three of us stood. No one said a word. All you could hear was a bird singing in the distance and the howl of the arctic wind as it whipped around the cliffs.

“Well,” Avery said jangling his keys. “We gotta get back. I don’t want to miss Rick Mercer. You want me to bring you something from town tomorrow? I got a group coming up to jump.”

Uncle Lonnie stretched and shook his head. “Nah. I’m good. It was nice meeting ya though, Miss Jas.”

I stepped forward to shake his hand. I angled to his right to be in view of the eye he had open.

“What are you doing?” he asked.

“I was trying to get on the side with your good eye,” I said.

“Oh. They’re both good. I just like squinting. Have a safe trip back to Hamilton!”

The plane ride back to Quebec City was very, very quiet. Avery finally broke the silence.

“I know somebody who knows Don Cherry…”