Jimmy Roberts was 75 when he died on October 23.

If the name doesn’t really ring a bell for you, that’s fine. He lived in another age – another age for hockey, that is, when the game was almost unrecognizable compared to today.

But many people will remember him, and if you’re a hockey fan of any age, his passing deserves your attention, not just because he earned a eulogy but because he represents something of a history lesson, a vivid example of the changes the game has seen in his lifetime.

Today’s players are every bit as dedicated to their craft, so this isn’t meant as a criticism of them. It’s merely an illustration of the evolution of the game. As a 15-year-old, Roberts was playing Junior B hockey in Peterborough but after two years, wanted to play for the Petes, the Junior A team which had only recently been formed.

He tried out – as a defenceman – and made the team, but Sam Pollock, then the GM of the Petes called him in for a chat. He told him that even though he liked the way he played and even though he was good enough to be a Pete, he was not going to be signed.

The reason, Pollock explained, was that because the owner of the junior B team had been losing business ever since the Petes came to town, he didn’t hand out releases randomly.

The conversation proceeded along these lines: “He wants us to pay for your release,” said Pollock, “and that’s not the way we do business.”

“But Mr. Pollock,” protested Jimmy, “this is the team I want to play for and you said yourself that I’m good enough.”

“Yes,” conceded Pollock, “but we are running a business and we can’t let ourselves be held for ransom.”

“How much does he want?” asked Roberts.

“It’s a sizeable sum for a junior team,” said Pollock.

Roberts persisted – and if you knew him, you wouldn’t be surprised. “But how much is it?” he asked again.

Roberts got out of his chair, stepped up to Pollock’s desk, slammed his hand on the table and said, “I’ll pay the $250. I want to play for this team.”

In those days, $250 was a lot of money for a teenager and Roberts had worked hard to earn the money.

Crestfallen, Roberts left. Pollock immediately called in the coach of the team, a name you will recognize – Scott Bowman.

Thus began the association of Roberts and Bowman. In 1959, after two years as a Peterborough Pete, Roberts became part of the powerful Montreal Canadiens organization. They wanted him to play for the Hull-Ottawa Canadiens in the Eastern Pro Hockey League but that team was overloaded with defencemen. As a result, Roberts was sent to another EPHL team, the Montreal Royals.

It took a long time to work your way up to the NHL in those days.

For Roberts, it was two years in Montreal with the Royals, followed by two in Hull-Ottawa. There, he was spotted by Canadiens coach Toe Blake who liked what he saw.

Roberts started the 1963-64 season with the Canadiens but after only one assist in 15 games, was sent back to bounce around the minors for the rest of the season – Omaha, Cleveland and Quebec.

But by that time, he was also playing forward on occasion so when he started the 1964-65 season with the Canadiens, his days in the minors were over. He won two Stanley Cup rings with Montreal – or he would have if they’d given rings to the players in those days. What they did get was a free night at the Toe Blake Tavern on Rue Ste. Catherine.

In 1967, when the NHL expanded from six teams to 12, Roberts was the first player pick (as opposed to a goalie pick) of the St. Louis Blues.

Bowman left St. Louis in 1971 to take over the Canadiens. One-third of the way through the season, Pollock, who was by this time the Canadiens’ GM, agreed with Bowman that they needed a versatile NHLer who could play up or back.

As a result, Roberts was acquired from St. Louis. If Sam Pollock set his eye on a player from one of the six expansion teams, there was absolutely no doubt that he was going to get him.

Bowman was a terror in those days. Like many coaches, he had dictatorial rights. Upset him and you could be sent to the minors never to be seen again. 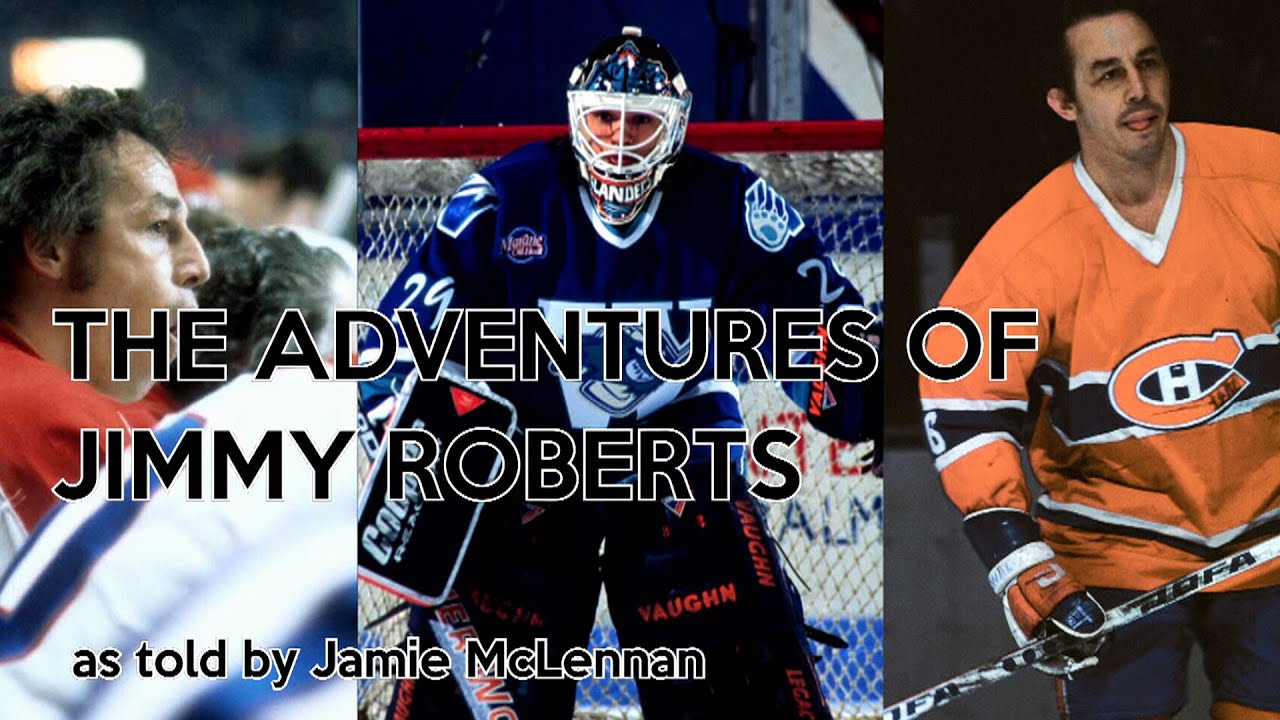 Roberts was the one player Bowman didn’t scare. If Bowman barked at him, he’d get a two-word response. And it wasn’t “Merry Christmas.” These days, a much mellower Bowman laughs at the memory of being told off by Roberts. “Well we’d known each other since he was 15,” he says. “That was Jimmy.”

At times, the Canadiens would be sitting around in an airport waiting to board their plane (yes, they flew commercial and yes, they often had to make connections) when someone would come up with a camera (yes, people had cameras, not cell phones) and take a picture. Roberts would jump up, start waving his arms and shout, “No pictures. No pictures.” But then he’d laugh, put an arm around the photographer and get his teammates to pose.

He was the first player to discard tube skates for the then-innovative Tuuk blades. Before long everybody in the league was wearing them. Jimmy’s view was that the rest of the league had reasoned that if those blades could improve his skating, they could improve anybody’s.

It was once mentioned to him that even though it was early in the season he already had four points. “Five,” he said immediately, “but who’s counting?”

Roberts won three more Stanley Cups in Montreal (that gave him five, but who’s counting?) went back to the Blues for a final fling in 1977-78, then retired as a player to spend a lifetime at various levels in the coaching ranks.

A couple of weeks ago, a mutual friend, who had heard that Jimmy had cancer, called him and told him he was sorry to hear the news.

“Everyone says they’re sorry,” Roberts said, “but there’s nothing to be sorry about. I’d like to live a bit longer but I’ve done everything I wanted to do and I’ve got bone cancer, liver cancer, and cancer throughout my body. The doctors say if I did chemo I’d have a five-per-cent chance, but I don’t want to go through all that. If the pain starts to get bad, I just press a little button and that takes care of it so I’ll just enjoy the time I’ve got left and not be sorry.”

Jimmy said he thought he had about three months left. He had 10 days.