Lost in the shuffle of the 2018 NHL Draft and all its festivities was a minor trade made between the Edmonton Oilers and the Montreal Canadiens. To recap, the Oilers acquired goaltending prospect Hayden Hawkey from the Canadiens for a fifth-round pick in next year’s draft.

So, just who exactly is this netminder with arguably the coolest hockey name in recent memory? Hawkey, 23, was a sixth-round pick (177th overall) back in 2014 and has played the past three seasons with Providence College. He has one more year of college eligibility and will be returning to Providence College for his fourth and final year.

The 23-year-old is coming off a stellar year even when considering the low scoring nature of the NCAA. He went 24-12-3 in 40 appearances and held a 2.04 goals-against average (GAA), and a .919 save percentage (SV%) with Providence.

At 6-foot-2 and 191 pounds, Hawkey comes from the same program that former Oilers prospect Nick Ellis came from. Ellis has since retired from the sport after playing two years with the AHL’s Bakersfield Condors. Hawkey will likely get his NHL deal next spring once his NCAA season concludes.

The Colorado-native turns 24 next March, thus his entry-level contract (ELC) would only be for one year. When comparing his numbers to Edmonton’s two other recent NCAA goaltending prospects, Ellis and Shane Starrett, his numbers are on par. 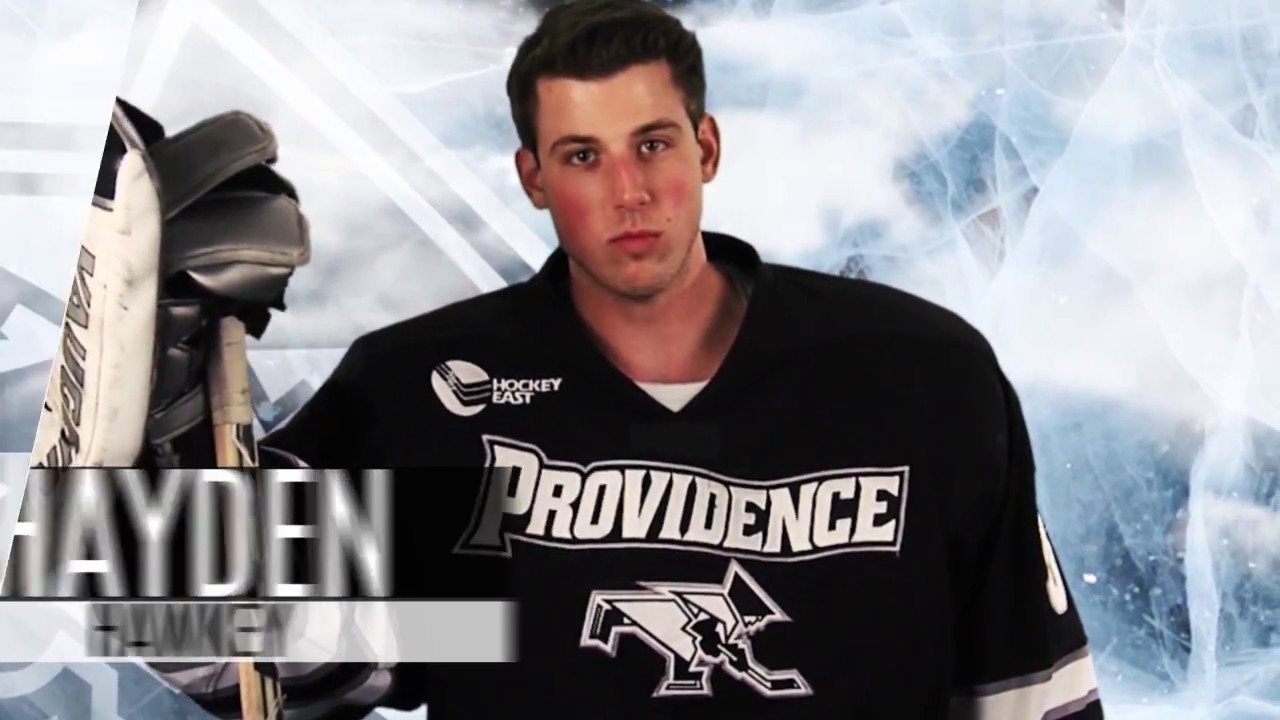 Starrett jumped straight into playing 33 and 37 games respectively in his first and second year in the NCAA. Meanwhile, Hawkey has played more games than Starrett in his last two years, after playing just five in his first year of college. Providence has had great depth in net for a few seasons now, and that’s more the reason why Hawkey didn’t play as much his first year.

Before Hawkey, the Friars had Ellis coincidently. The Oilers recent pickup was Ellis’ backup in 2015-16 when the latter caught Edmonton’s attention with a sparkling 1.80 GAA and a .936 SV% through 36 games. Before that, Providence had Calgary Flames prospect Jon Gillies.

So, if the next Providence netminder is also going to join an Albertan team in the future, keep your eye on Gabriel Mollot-Hill who is Hawkey’s current backup. The 20-year-old is going to be Hawkey’s successor and had a 1.21 GAA and a .931 SV% in just five games.

*Note: The listed age is the age of the player at the start of that season.

So what does this all mean? Hawkey has had great numbers in the NCAA, and it’s comparable to what the Oilers have had with Ellis and Starrett. By the time he signs his first pro deal, he’ll be a little longer in the tooth, but projects to be a depth goaltender with limited NHL upside.

Could he eventually become a No. 2? Time will tell, but judging by the clubs current depth in net, it looks like Hawkey will fill in the blanks in the pro-development system when he signs. This is a club that has Stuart Skinner, Dylan Wells, and Olivier Rodrigue in the system, so there will be plenty of competition for minutes.

The hope is that competition breeds better goaltending prospects. Next summer fans could be looking at a farm system that has Hawkey, Skinner, Starrett, and Wells all suiting up in the AHL and ECHL. Four prospects under the age of 24? Not bad. Maybe Hawkey surprises and ends up exceeding expectations.

It’s likely the reason Montreal traded Hawkey, to begin with, is due to the fact they probably didn’t see him signing (or vice versa) and decided to cut bait on the asset while getting something back. Oiler scouts are likely quite familiar with Hawkey after having seen glimpses while scouting Ellis, Vincent Desharnais, and various prospects coming through town.

Hawkey looks like a goaltender that moves well for his size, is quite athletic and flexible. He’ll likely have to work on his positioning and rebound control if he wants to have a decent pro career. He tends to give up big rebounds but can compensate at the college level for now. He won’t be able to do that in the AHL.

Here’s what some of the others are saying about Hayden Hawkey. 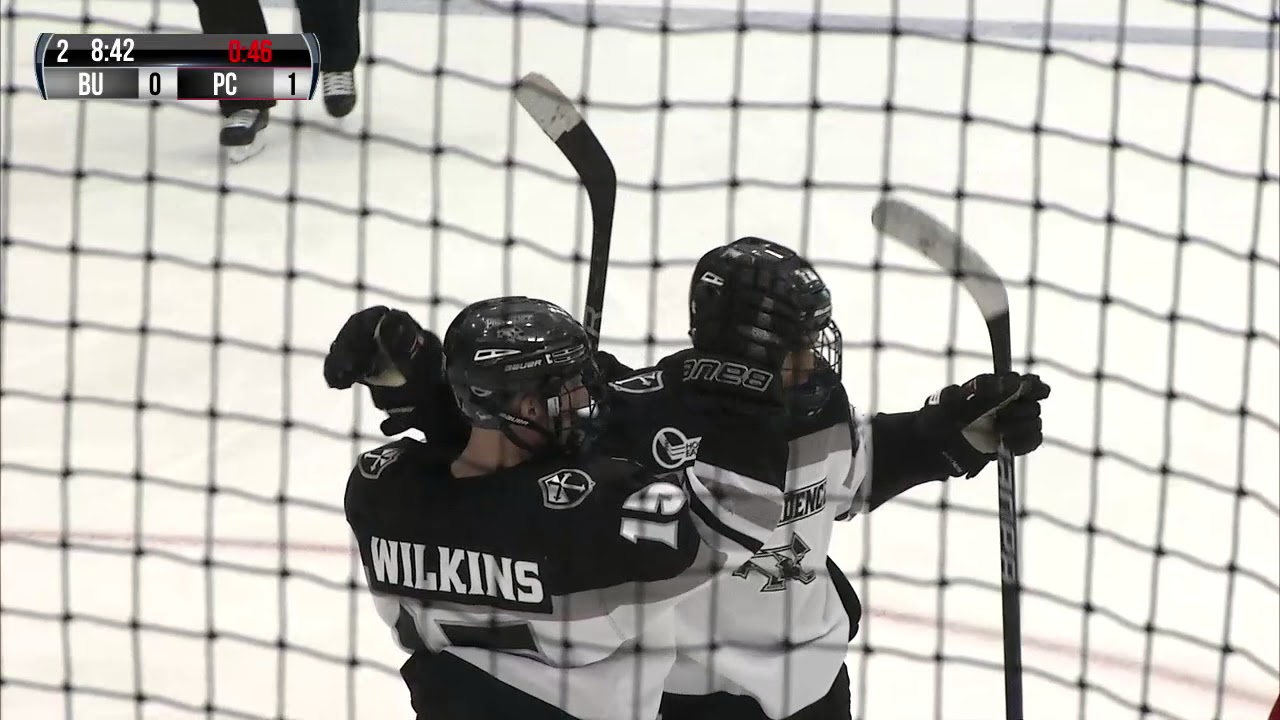 He was a long-term project from day one (draft day), playing another year in the USHL before heading to Providence College where he rode the pine as a freshman (five games) before starring as a sophomore. Hawkey put forth a 22-12-5 record, 2.19 GAA and 0.913 SvP including three shutouts in his first season as a starter and will look to perfect his craft as he continues his collegiate career before eventually signing an NHL contract.

With a total record of 48-24-8 in three seasons for Providence, Hawkey was a more-than-capable goaltender in the pipeline for Montreal. However, the emergence of Cayden Primeau, Charlie Lindgren, Michael McNiven, and Etienne Marcoux now in the picture, the space for the former draft pick was extremely crowded.

Hawkey, 23, was a 6th round pick of the Habs back in 2014. Since then, the 6’2 stopper has moved on from the USHL (where he was named Goalie of the Year in 2013-14, then hurt his knee the following year) to Providence College, where he has just completed his junior season. Meaning that in one year at most he’ll be ready to join the professional ranks.

Personally, I like this addition. I thought Hawkey was terrific for the Friars this past season and was a big reason why they qualified for the tournament. His rebound control could use a little work, but overall I think he’s a solid prospect and someone who will no doubt play at the professional level.

In fact, at this point, I think Hawkey is Edmonton’s third-best goaltending prospect behind only Stuart Skinner and Rodrigue, who was only drafted this morning. He’ll get a look in the minor league system either this fall or next.