In their quarterfinal matchup against Russia, the US fell by a score of 3-2 to be the first team eliminated from the tournament. For a team that was thought to be one of (if not the) most talented the country has ever had, the tournament can be seen as nothing but a massive disappointment. It’s the second consecutive year the US has fell in the quarterfinals to the Russians, and as a result, not played for a medal. The US is now 0-6 in WJC elimination games against the Russians.

There are a lot of fingers that need to be pointed to explain this performance, but two groups do not deserve any blame at all. The defensemen and goaltenders for Team USA performed as expected and held up their end of the bargain. In 5 games, they let up just 9 goals and posted a collective .930 save percentage. That type of defense is good enough to win gold in this tournament.

Now, on to the groups that have some questions to answer:

From player selection to line combinations and in-game management, Osiecki proved to be way in over his head at this tournament. Many scratched their head at the inclusion of Miles Wood and Anthony Louis, and neither did anything to prove the naysayers wrong, both going pointless.

How the staff thought that Wood, a prep school player whose season had just started, could step in and play against the best players in the world in his age group is beyond me. Multiple point-per-game CHL players were left off the roster in favor of Wood.

In terms of forming line combinations, Osiecki set them in the beginning of the tournament, and refused to make any real changes despite their lack of chemistry. His only tactic was shuffling the various left wings (Motte, Milano, De Leo, Wood, Louis) throughout the lines. He never attempted to give the hot hand, Dylan Larkin, more ice time with better linemates. It was painfully obvious that the current combinations didn’t work, but he did nothing.

Worst of all, he acknowledged that Milano-Eichel-Tuch would work, but only went with them for half a game in the round robin. Eichel was visibly frustrated in the Russia game, and tried to do everything himself. Instead of reuniting the deadly line, Osiecki let his most talented forward frustrate himself to ineffectiveness.

Finally, he was unable to keep his team calm and disciplined when the chips on the table against Russia. The Americans took 8 minor penalties, the majority of which were careless and avoidable stick penalties. 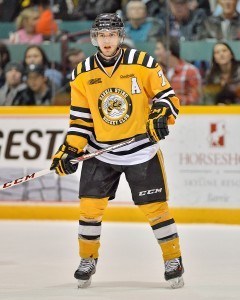 Mentioned above, a myriad of penalties early against Russia is one of the biggest reasons the US won’t play for a medal. In the first period alone, the US took five minor penalties. Russia capitalized on a 5-on-3 to score their first goal, their second was an even strength goal nine seconds after a US penalty had expired, and their third was on a power play.

The penalties killed US’s tempo throughout the first half of the game. In the first period, they managed just nine shots. In the third, when they took just one penalty, they managed 20 shots to just 5 for Russia. Avoid the penalties, and the result is different.

For a team that was supposed to be dripping in offensive skill, the power play was very disappointing. They finished the tournament with just 3 power play goals on 22 attempts, a 13.6% conversion rate.

For a reference, Canada and Sweden’s power play units are operating at 50 and 47%, respectively. Russia gift-wrapped the US with a number of power plays in the second half of the game, but the US could cash in on only one of them.

One common theme of the World Juniors is that it’s a tournament traditionally dominated by 19 year-olds. One year may not seem like a lot, but it can make a big difference in players. Last year’s champion, the Finns, had fifteen 19 year-olds on their roster, and eight 18 year-olds. The Russians have twenty 19 year-olds, two 18 year-olds, and one 17 year-old.

This US team had just eleven 19 year-olds, nine 18 year-olds, and three 17 year-olds. They were the second youngest team in the tournament behind Switzerland, and it showed. When push came to shove, they didn’t appear to have the resiliency needed to get the job done.

The good news for Team USA is that there are 12 players eligible to return for next year’s tournament. They’ll lose Eichel to the NHL, and possibly Noah Hanifin too. However, a returning corps of Larkin, Milano, Tuch, Matthews, Schmaltz, Werenski, Carlo, Collins, Nedeljkovic, and Halverson will be a good place to start. Hopefully the bad taste this tournament leaves will be motivation for next year.