One of the big questions facing the Colorado Avalanche as a new season approaches (hopefully) is how Gabriel Landeskog will follow up his Calder-winning rookie season. While his NHL debut demonstrated that he is indeed a force to be reckoned with from both an offensive & physical point of view, there’s always the danger that the dreaded ‘sophomore slump’ (examined earlier this summer by THW colleague Jeff Stone) will rear its ugly head and suppress the positive momentum built up in year one.

In order to gauge whether Landeskog is likely to take steps forward or backward in 2012-13, let’s take another look at the standout rookies from 2006 – 2011 with the Avs young forward in mind, placing his potential for progression or regression in context with those who have most recently had their names engraved on the Calder Trophy.

The first three years after the lockout featured rookie performance that many NHL’ers only aspire to match at some point during the course of the entire careers. In 2005-06, a 20 year old Alexander Ovechkin burst onto the scene by posting a line of 52-54-106 for the Washington Capitals, outscoring Sidney Crosby by 4 total points en route to the first of his several pieces of NHL hardware to date. In 2006-07, Pittsburgh’s Evgeni Malkin earned the Calder nod by scoring 33 G & 52 A, finishing 7 points ahead of Colorado’s own Paul Stastny in the rookie scoring race. And in 2007-08, Patrick Kane put up a more modest yet no less impressive line of 21-51-72 for the Chicago Blackhawks, holding off Nicklas Backstrom of the Caps to achieve his own piece of NHL history.

What’s interesting to note is how these offensive dynamos responded in their second NHL seasons. Ovechkin tailed off in terms of his overall production, although posting a line of 46-46-92 is surely nothing to sneeze at. For his part, Malkin improved on his rookie numbers, scoring 47 G & 59 A while (in a bit of foreshadowing) largely carrying the load for a Penguins team that only had the services of Crosby for 53 games. While Patrick Kane’s production dipped by 2 points in his sophomore season, his goal scoring did increase by 4.  So while two fell off a bit (Ovechkin & Kane down 14 & 2 points respectively), Malkin jumped up by a total of 21 points, and all three set the bar for future rookies in the post-lockout era.

Now, with all due respect to Steve Mason and Tyler Myers, they act as non-comparables in this discussion. For the record, both suffered drop offs in their sophomore years, with Steve Mason in particular sliding down pretty heavily (and seemingly permanently), and Myers shaving 11 points off his total from one year to the next. In looking at the leading rookie scorers from those years, however, we can once again get a better idea of what might be in store for Landeskog. Bobby Ryan of the Ducks led all rookies in scoring in 2008-09, scoring 31 G & 26 A in only 64 games; the following year, Ryan dropped a line of 35-29-64, improving his point total by 7 (albeit in 17 more games played). In 2009-10, Colorado’s Matt Duchene scored 24 G & 31 A to beat out John Tavares for the lead by 1 point, and then posted a line of 27-40-67 in his second year. Both players, therefore, showed marked improvement from one year to the next.

Therefore, barring injury or having set quite a lofty standard in year one, the overall trend for Calder winning forwards / rookie scoring leaders since the lockout is a bump in overall production in year two.

This brings us now to Landeskog. First, it’s important to note that out of all the forwards who have won the Calder or led all rookies in scoring since the lockout, Landeskog had the lowest point total with 52 (22 G, 30 A); in fact, in their rookie seasons, Ovechkin had as many goals & Malkin had as many assists as Landeskog had points (and Kane barely missed that total in his own right with 51 assists). Furthermore, there are few people who doubt the fact that if Ryan Nugent-Hopkins had played a full season, he would have ran away with the rookie scoring title, and quite likely the Calder as well. RNH put up 52 points in 62 games, and was in line to top 70 points prior to his injury. Even Adam Henrique of the Devils averaged more points per game than Landeskog, falling 1 point short in 8 fewer games played. All this to say that perhaps the offensive expectations for Landeskog going into year two may be lesser than those placed on the more dynamic players of recent years.

What Landeskog does have going for him is this beautiful blend of talent and tenacity that gives him the potential to produce, game in and game out. To go along with his 52 points, Landeskog ranked 1st among all rookies in shots with 270 (15th overall), a full 86 ahead of Ottawa’s Colin Greening. If he’s able to keep firing the puck and raise his shooting percentage by even 2%, he could be in line for 25-27 or even 30 goals this year. What’s also impressive about Landeskog is his ability to separate his opponent from the puck by way of bone crunching hits, of which he dished out 219 (2nd among all rookies, 19th overall). This willingness to take the body allows for a dangerous forecheck that can increase scoring chances for the Avs. What stands out even more is that Landeskog led all rookies in total ice time, clocking almost a full 200 minutes more than the next, ranking 1st in even strength situations, 3rd in PP TOI and 5th in SH TOI. What this demonstrates is that Coach Sacco is not afraid to throw Landeskog out on the ice in any number of situations, a trust that will only grow with time, providing more opportunities for production along the way.

In short, based on how other top rookies have fared in their second years, Landeskog’s blend of offense & physicality, and the fact that his numbers were relatively modest for a Calder winner, Landeskog should surpass his point totals from a year ago. In my mind, Landeskog could very well post something along the lines of 27-33-60, and reaching 30 goals is not out of the question should he continue to fire the puck on the regular while also managing to raise his shooting percentage by a few percentage points. It’s also worth noting that Landeskog’s ability to succeed is contingent on the continued development of the other members of the Avs young core, and a bounce back year from the likes of Duchene & Stastny would help him out immensely. Any way you slice it, Landeskog possesses all the necessary tools to build on a solid rookie season, and the Avs will continue to count on his all around game as they attempt to qualify for the playoffs.

Of course, words and projections can only go so far. So for your viewing pleasure, here’s a video highlighting some of Landeskog’s big moments from 2011-12. 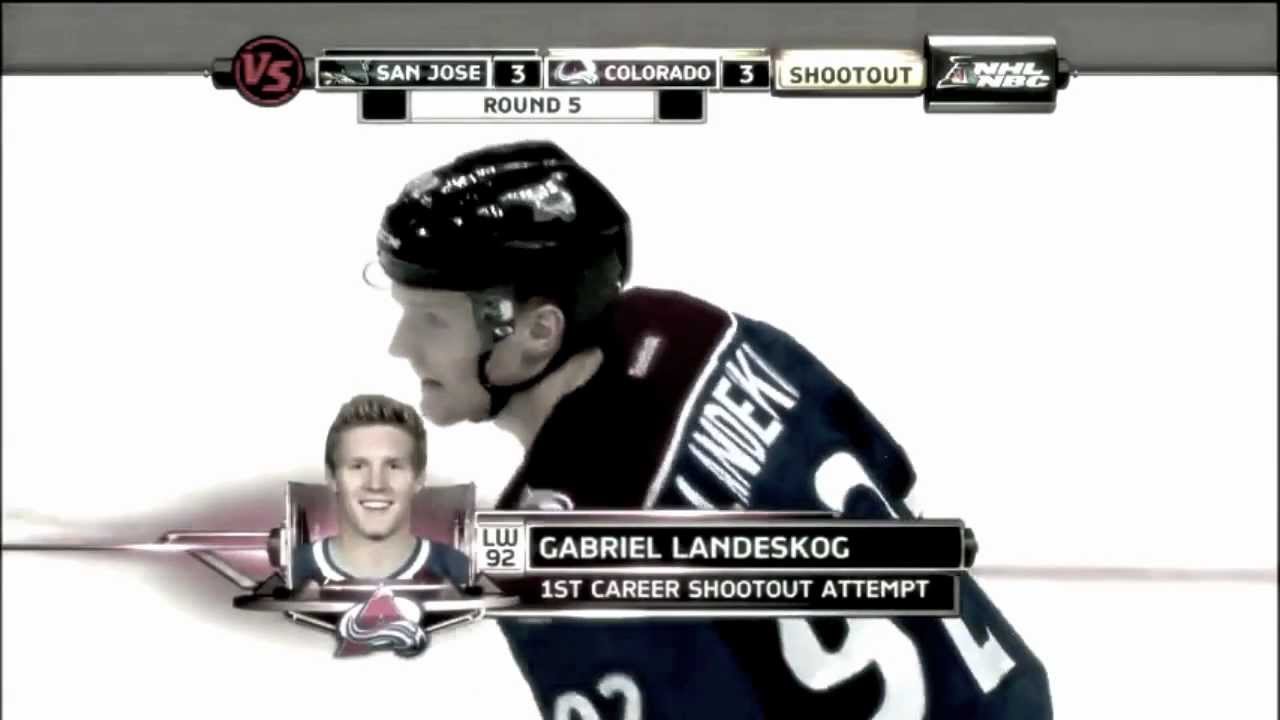 1 thought on “Gabriel Landeskog Poised For Progress In Year Two”