Teemu Selanne apparently accused Sidney Crosby, who has never been called for a diving penalty, of taking a dive in their round robin game. Not happy about a call that led to a goal against? That’s surprising. [Fansided]

Crosby has taken his fair share of criticism this Olympics. He has two assists through three games, all of which Canada won. [Canada.com]

Some people are coming to Sid’s defense, however. [Sportsnet]

He certainly isn’t the only NHL star who hasn’t been lighting it up. [Pensburgh]

Is Alex Ovechkin letting his country down? [Toronto Sun]

It will be Canada vs. the USA for gold on the women’s side. [Globe and Mail]

Does anyone have the upper hand? [Yahoo Sports]

How serious is Henrik Zetterberg’s back injury? [Undisclosed Injury]

Team Sweden and the Rangers received a scare when Henrik Lundqvist got hurt at practice. [NY Daily News] 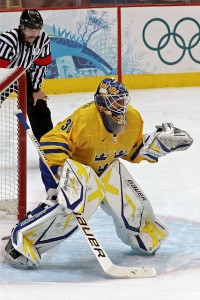 Tomas Kopecky will likely miss the remainder of the Olympics. [NHL.com]

Alexsander Barkov is also out for the rest of the tournament. [Arctic Ice Hockey]

And finally, here are the matchups for the knockout round of the men’s hockey side. [Global News]