Kessel talks about his future, or lack thereof, in Toronto. [TSN]

Would the Kings part with Justin Williams? [Today’s Slap Shot]

What will it take for Calgary to make the playoffs? [Flames from 80 Feet]

Big win for the Oilers over the Canadiens. Takes them further away from that number one pick, but hey the players don’t care. [CBC] and [Copper N Blue]

Dale Weise loves being with the Habs. [Montreal Gazette]

Antoine Roussel gets a two-game ban for his crosscheck on Adam McQuaid. [Globe and Mail] 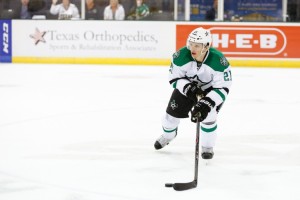 The Penguins may not be finished wheeling and dealing. [Pensburgh]

Matt Martin is just as surprised as you are that someone bought his jersey. [NESN]

What are the Islanders needs come trade deadline? [The Fourth Period]

Can’t get enough spoof videos about the Leafs. [Sportsnet]

And finally, all the best to Oilers prospect Ty Rimmer as he recovers from surgery. [Pro Hockey Talk]